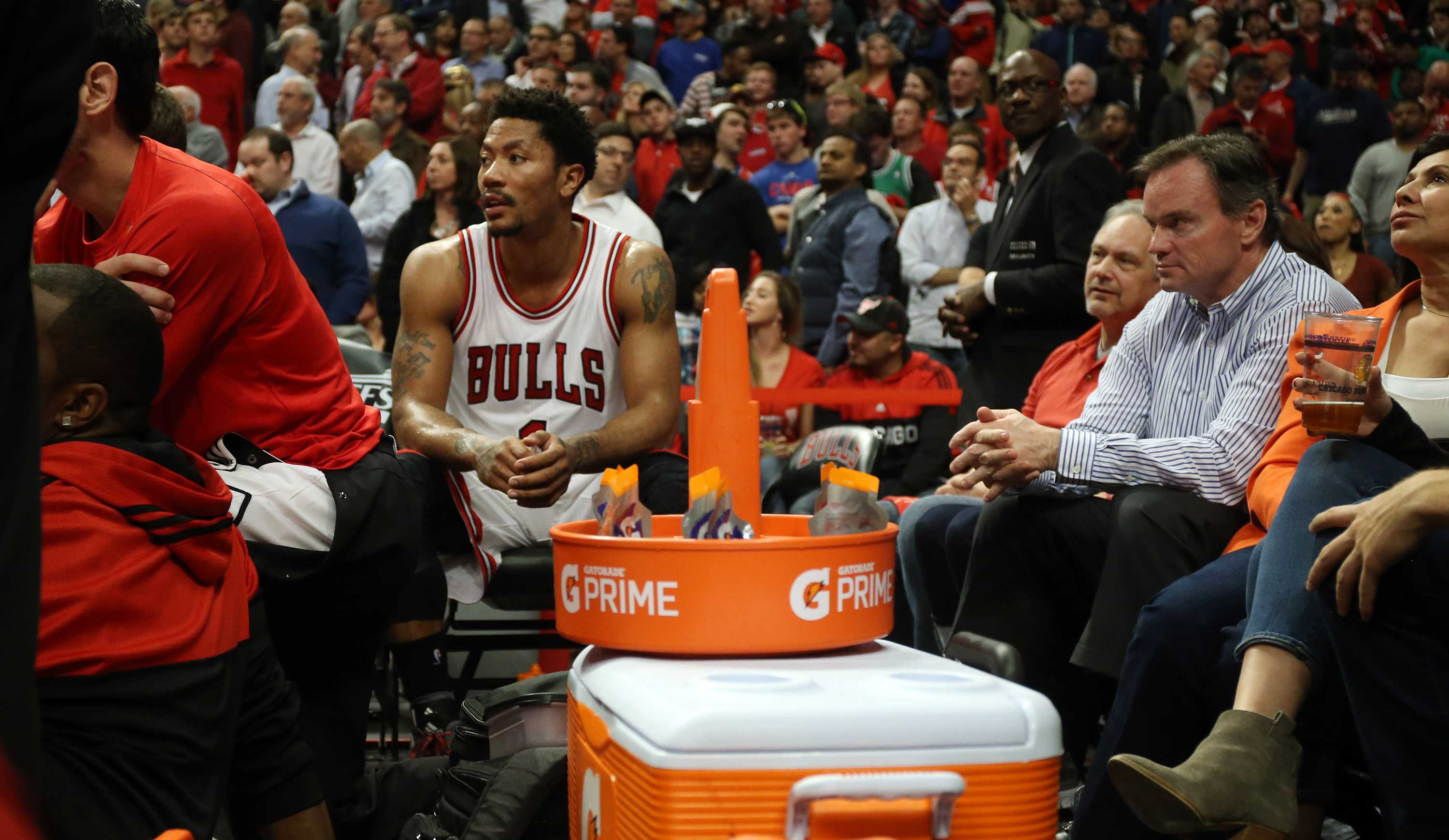 Chicago Bulls guard Derrick Rose (1) watches a defensive possession in the final minute from the bench on Monday, April 27, 2015, at the United Center in Chicago in Game 5 of a first-round playoff series. The Bucks defeated the Bulls, 94-88. (Brian Cassella/Chicago Tribune/TNS)

The league is filled with 250 pound, six-foot 11-inch men soaring through the air and racing up the court in record speeds. So instant muscle increase, reduced body fat and pin-point vision would only give our comic book heroes a run for their money.

Fortunately for Superman and the rest of the Justice League, the NBA will start testing athletes for HGH (human growth hormone) before the start of the 2016 season. This will be the first blood test conducted by the NBA.

HGH is primarily responsible for the growth in children and teenagers but it also helps with overall bodily functions such as metabolism and bone and muscle growth.

In 1985 synthetic forms of HGH were approved by the Food and Drug Administration as injections for children suffering from proper body development diseases such as Turner’s Syndrome and used for adults with short bowel syndrome, low HGH or muscle deteriorating diseases associated with HIV and AIDS.

However, in recent years the hormone has graduated to pill and spray form and became a supplement taken alongside other body enhancement products like steroids in hopes to increase athletic performance. This practice is not approved by the FDA hence the NBA’s official ban.

Players who test positive will suffer a 20 game suspension for their first offense and banned 45 games for their second. The third violation will result in forfeiting their NBA privileges.

The league will administer three unannounced tests to every player, the first one in the offseason and the other two during the season. Players and owners agreed upon the decision to implement the testing during the 2011 collective bargaining agreement.

As of late, Cleveland Cavaliers forward Lebron James has denied HGH accusations after posting pictures onto social media showcasing his 2014 weight loss. There hasn’t been any evidence proving James’ abuse of the drug.

Players like James’ don’t have many obstacles to overcome if they wanted to obtain the hormone since it’s a substance made available in various products prescribed by doctors and sold independently over the internet.

The companies that sell HGH claim that their product rejuvenates ones’ body by enhancing things such as memory, sleep patterns and sex life. According to the Federal Trade Commission, none of which have been proven.

Despite the lack of evidence, HGH is a drug that promotes unnatural physical development growth which eliminates the level playing ground for athletes that choose not to partake in the activity.

The NBA is following in the footsteps of the Major Baseball League who started an intensive investigation in 2007.