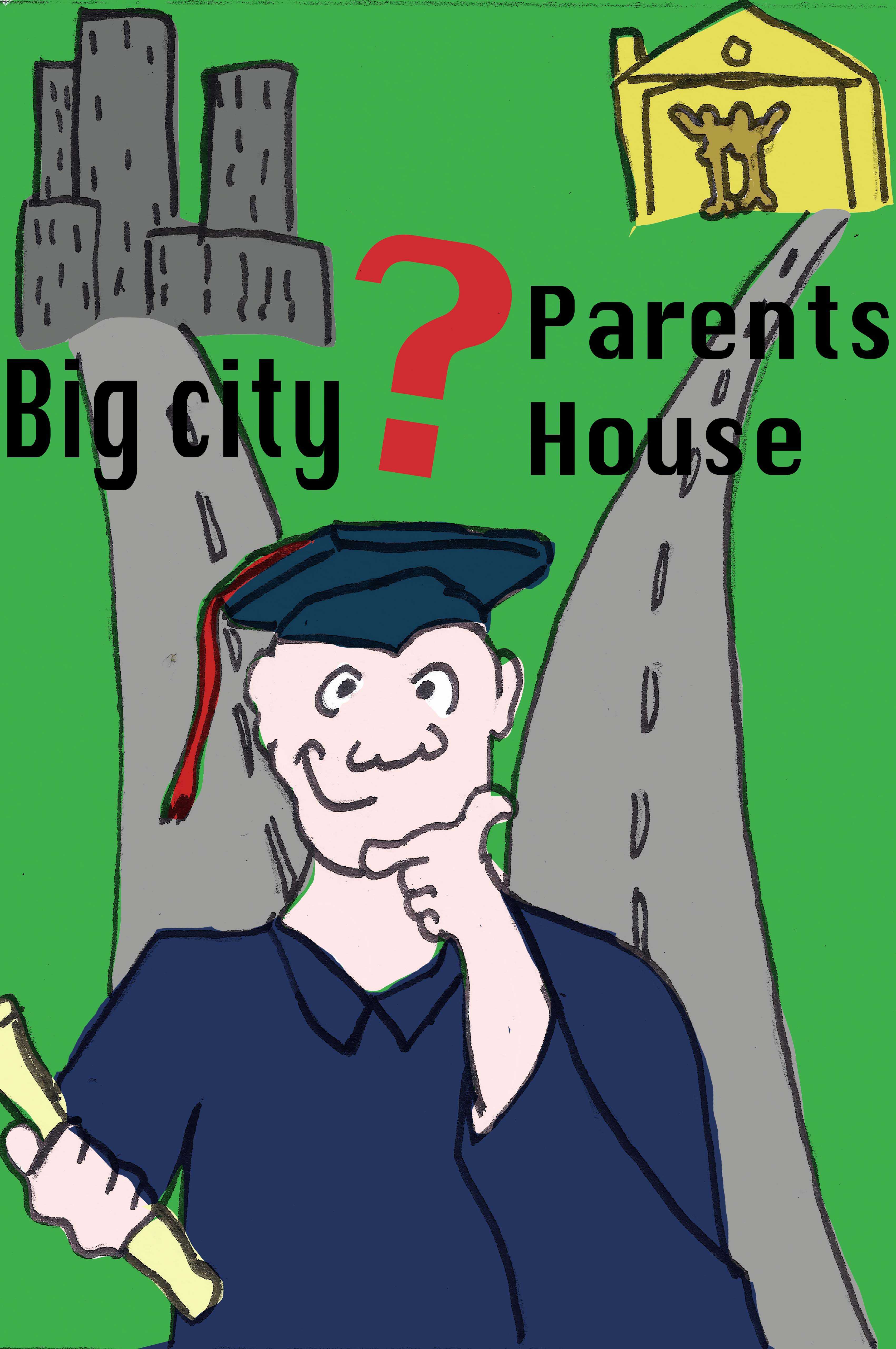 After graduation, college students are launched into the “real world”. A world where careers start and independency begins. For those students living with parents, they may look at graduation as a way to leave the nest and start new. Instead of looking for ways to flee the nest, students should remain living with their parents after graduation for at least a year.

Living with your parents after graduation is a smart thing to do financially because you can start to pay off student loans and start saving money.

There are some people who believe that students who go back to live with their parents after graduation will never leave. According to CNN, 85 percent of graduating seniors plan to move back in with their parents. This may worry some because they feel that college graduates need to learn how to be independent. Being independent is a great thing, but it is something that comes with time. Seeing that students are fresh out of college, they may feel that they are not ready for what the world has to offer.

Besides the fact of earning a college education, there is one other thing that is always on our minds: money. Students need money to pay for books, buy parking permits and to even pay for student tuition. In order to be able to afford tuition, many students receive financial aid.

Even though financial aid is beneficial to some students, it can also be a hassle. According to CSU Mentor, 64 percent of full-time undergraduate students applied for financial aid this year. Sooner or later the loans have to be paid back. The loans don’t go away and most students are in more debt after they graduate than when they first started. The U.S. News reported that the average student loan debt is around $30,000.

Rather than taking off after graduation to start a new life, students should focus on paying off any college debt. Once a student graduates, they have six months to start paying off student loans. This may seem like plenty of time, but when the six months is up and graduates are jobless, those loans are going to stack up.

Living with parents after graduation can give graduates time to find a stable job and to start paying off any student loans. According to Pew Research, three in ten adults between the ages of 25 and 34 still live at home. Living with parents will help in minimizing the financial burden.

Once I graduate, I would love to live on my own, but I don’t know if that would be realistic. Assuming I find a job six months after I graduate, I would have to pay home expenses and deal with the financial stresses left by school. I would probably be living pay check to pay check and wouldn’t have time to do anything fun. I would rather live with my parents awhile longer, so I could become more situated.

Those who decide to live with their parents after graduation will be able to save money for any upcoming opportunities. Students who are fresh out of college shouldn’t be spending more money than they have. Instead, they should be trying to save money to invest in something better. Students who return home won’t have to worry with the stresses of having everything figured out right as they graduate. It is a gradual process that may take some time.

Graduation is one thing, and plunging into a career is another. It isn’t something that is usually done right away.

With time, hard work and help from our parents, college students will be making their way up the career ladder sooner than later.