An eye for the ‘Universal Dream’ 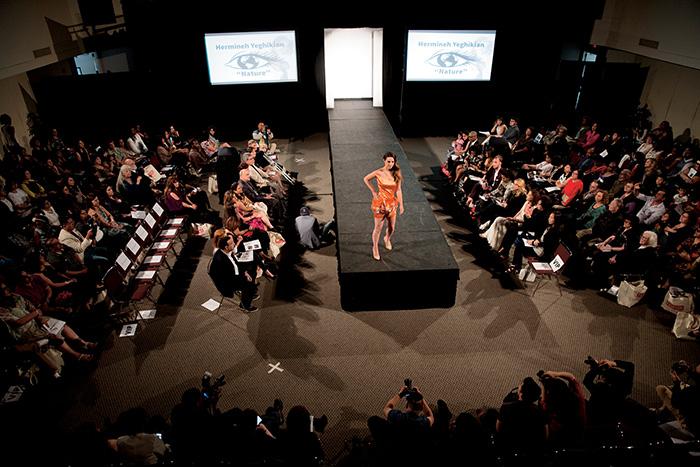 TRENDS student organization held its 36th annual student fashion show titled, “A Universal Dream: Through the Eyes of the Designer” on April 26, 2015.

TRENDS student organization held its 36th annual student fashion show on Sunday. “A Universal Dream: Through the Eyes of the Designer” was the theme for the runway walk. The hosts were music artists and fashion designers, Mark Tango and Estel Day.

“I was inspired by a segment of Britney Spears’ concert with the angel wings, and I wanted sparkle on stage,” Claustro said.

A special award was given to the show’s producer, professor Shirley Warren. The winners were announced shortly after with Maritza Pinedo in third place, Olushola Fagbamila in second and Claustro in first.

The show began with a high energy performance by CSUN Hip Hop. Twelve designers showcased their work through four to five pieces, with specific themes and music. A special presentation of the ADM pattern making class gave the audience a glimpse of what’s in store for next year’s fashion show.