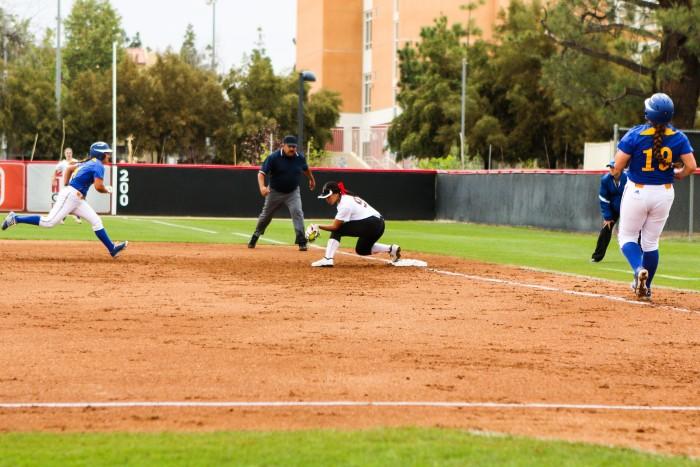 The Las Vegas, Nev. native batted .750 with three extra-base hits, earning her 13th double of the season, and three RBIs as CSUN posted its first series victory against the 49ers since 2002.

In the second game, she hit her ninth home run of the season and scored two runs. She chipped in her second double of the weekend in the series finale

She hit a sacrifice bunt and played error-free defense in 13 chances at second base in the three games. In the series, she carried a .778 on-base and 1.375 slugging percentage.

Horvath’s 14 doubles tied her for fifth in school history in a season. In 15 conference games, she bats .396 with four doubles, two home runs and 11 RBIs.

At 39-11 overall and 14-1 in the Big West Conference, the Matadors holds a five-game lead in the standings with six games left to play.

CSUN returns to action on Senior day on Friday, May 1 at 3 p.m. against the Hawai’i Rainbow Wahine.