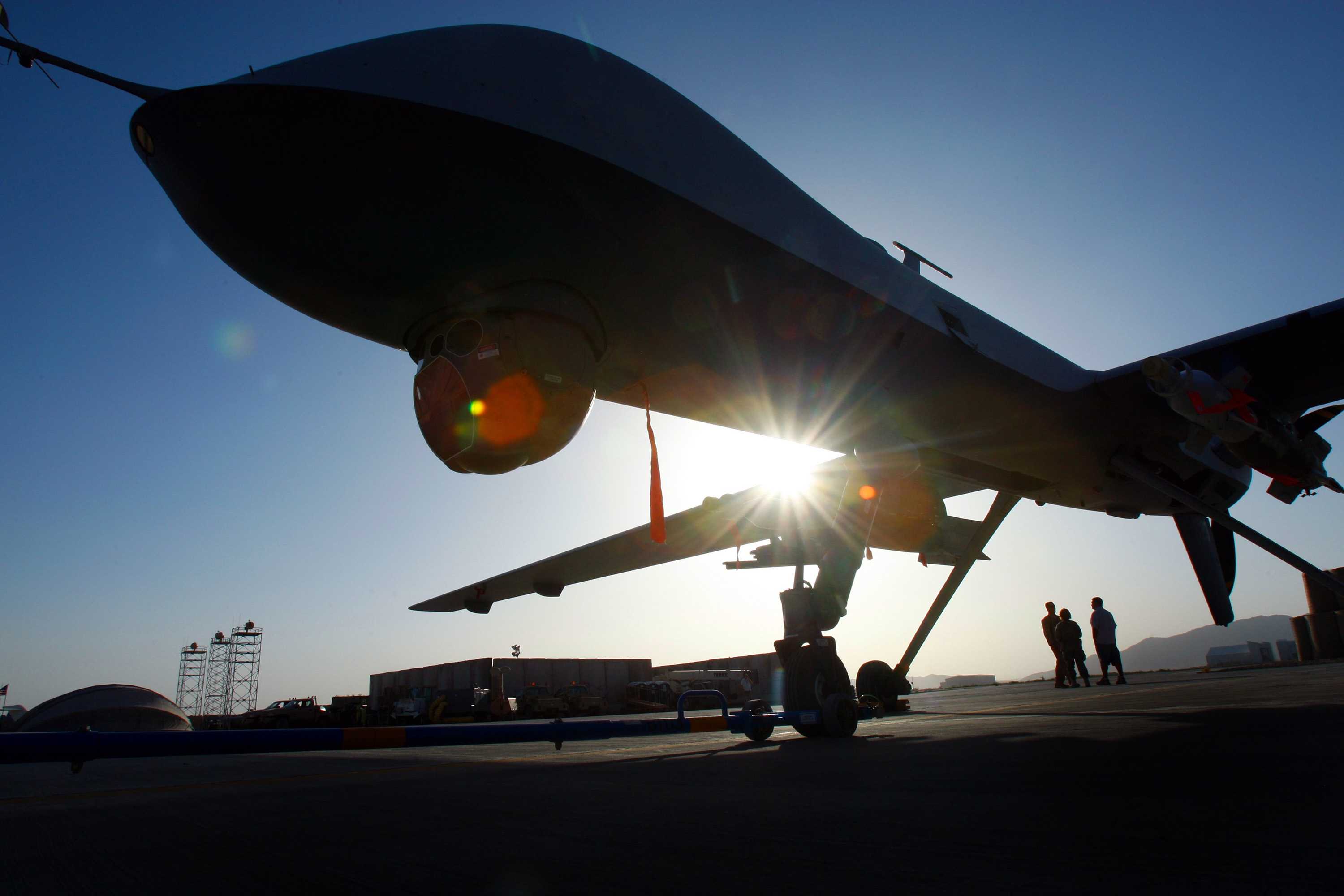 So, President Barack Obama was on TV Thursday to explain that we had inadvertently killed two hostages back in January and he felt the obligation to bring this information to the public.

The news reports raise some troubling questions. As of now I have no faith whatsoever in either the drone program or the resulting stories presented to us.

Some background on the drones used, they’re called The Predator, and have been said to have laser-guided, pinpoint accuracy. They deploy The Hellfire missiles which literally incinerate the victims, hence the name.

“And based on the intelligence that we had obtained at the time, including hundreds of hours of surveillance, we believed that this was an al Qaeda compound; that no civilians were present; and that capturing these terrorists was not possible,’ Obama said.” Italics added.

Just what is an “al Qaeda compound?” and how do we determine that is not addressed. That “no civilians were present” is another good question!

Bear in mind that as published by Glenn Greenwald of The Intercept: “…Obama officially re-defined the term “combatant” to mean “all military-age males in a strike zone.” In other words, as The New York Times reported in 2011, all males between 18 and (roughly) 54 killed by U.S. drones are presumed to be combatants — terrorists — “unless there is explicit intelligence posthumously proving them innocent.”

One can surmise that the “no civilian” claim to mean no women, children or elderly were known to be present.

And “capturing these terrorists was not possible” did I miss something? Just which terrorists is he referring to?

So hundreds of hours of surveillance and we still couldn’t even get even some basic facts firmed up?

The New York Times on April 25 reported that:

“Two other Americans who belonged to Al Qaeda, Ahmed Farouq and Adam Gadahn, were also killed in American operations in the same region, the statement said. Neither had been specifically targeted and their presence at the sites of the operations was not known at the time,’ officials said.”

“One senior American official said that the deaths occurred during two separate strikes in Pakistan in January. One strike killed the two hostages and Mr. Farouq. A second C.I.A. drone strike killed Mr. Gadahn. It is unclear who else was killed in the two operations.”

So the additional news that there were two other Americans killed is a new twist! Is this somehow meant to lessen the impact by implying that, well sure we killed the two hostages, but we did manage to get two American bad guys at the same time Even though we had no idea until after the fact, and we still have no clue whatsoever who else may have been killed.

Now this leaves me confused, didn’t they say only one bad guy died with the two hostages and the other was a different strike?

It sure sounds like they’re saying we don’t have any idea just who it is we’re firing on… so the only criteria being used to justify the kills is that it’s a voting aged male in a strike zone.

Bear in mind that our fellow American (s) didn’t just get “killed,” they were executed in a horrible manner.

If not, firstlook.org has published portions of this report: “Living Under Drones: Death, Injury and Trauma to Civilians From US Drone Practices in Pakistan”, NYU School of Law and Stanford University Law School, 2012:

The most immediate consequence of drone strikes is, of course, death and injury to those targeted or near a strike. The missiles fired from drones kill or injure in several ways, including through incineration[3], shrapnel and the release of powerful blast waves capable of crushing internal organs. Those who do survive drone strikes often suffer disfiguring burns and shrapnel wounds, limb amputations as well as vision and hearing loss.

Well all of this leaves me pretty disillusioned with the drone program – geez I wonder why Obama didn’t mention the word drone during his press conference? Or the details of death by drone?

Well, don’t worry the victim’s families did get an apology and will be financially compensated and the US counterterrorism operations will keep going on their merry killing way!

To summarize— we did kill three Americans and one Italian. Two of the Americans were alleged to be al Qaeda “low value targets”, although they were in different locations and killed by different strikes.

We had no knowledge that any of the four killed were at said locations when we pulled the trigger.

They all died from Hellfire missile strikes, which means they were incinerated.

“This operation was fully consistent with the guidelines under which we conduct counterterrorism efforts in the region,” Obama said.

All I can say is sleep well folks – we’re safe.