Steph with the MVP, boy 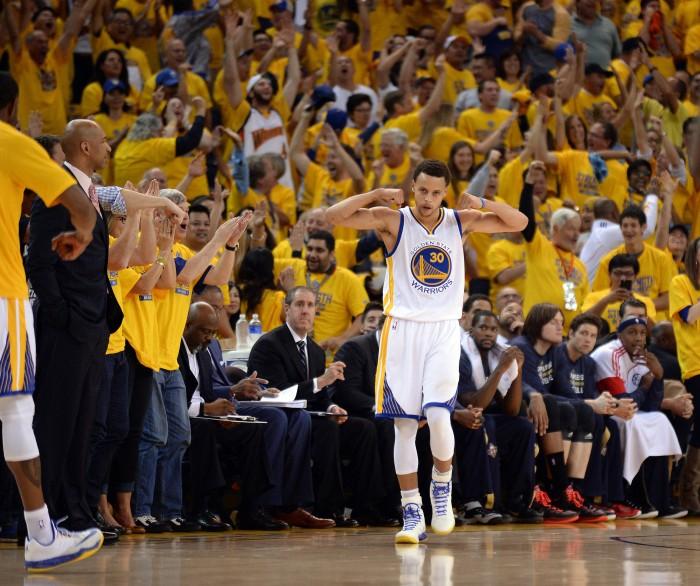 The Golden State Warriors' Stephen Curry (30) celebrates a basket and drawing a foul against the New Orleans Pelicans in the second quarter of Game 1 in the first round of the NBA playoffs at Oracle Arena in Oakland, Calif., on Saturday, April 18, 2015. (Dan Honda/Bay Area News Group/TNS)

Golden State Warrior point-guard Stephen Curry was announced the NBA’s Most-Valuable-Player of the season, beating out the likes of Houston Rockets guard James Harden and Cleveland Cavaliers small forward LeBron James.  Here is how the internet reacted with the announcement.