A frequent showcase of sci-fi 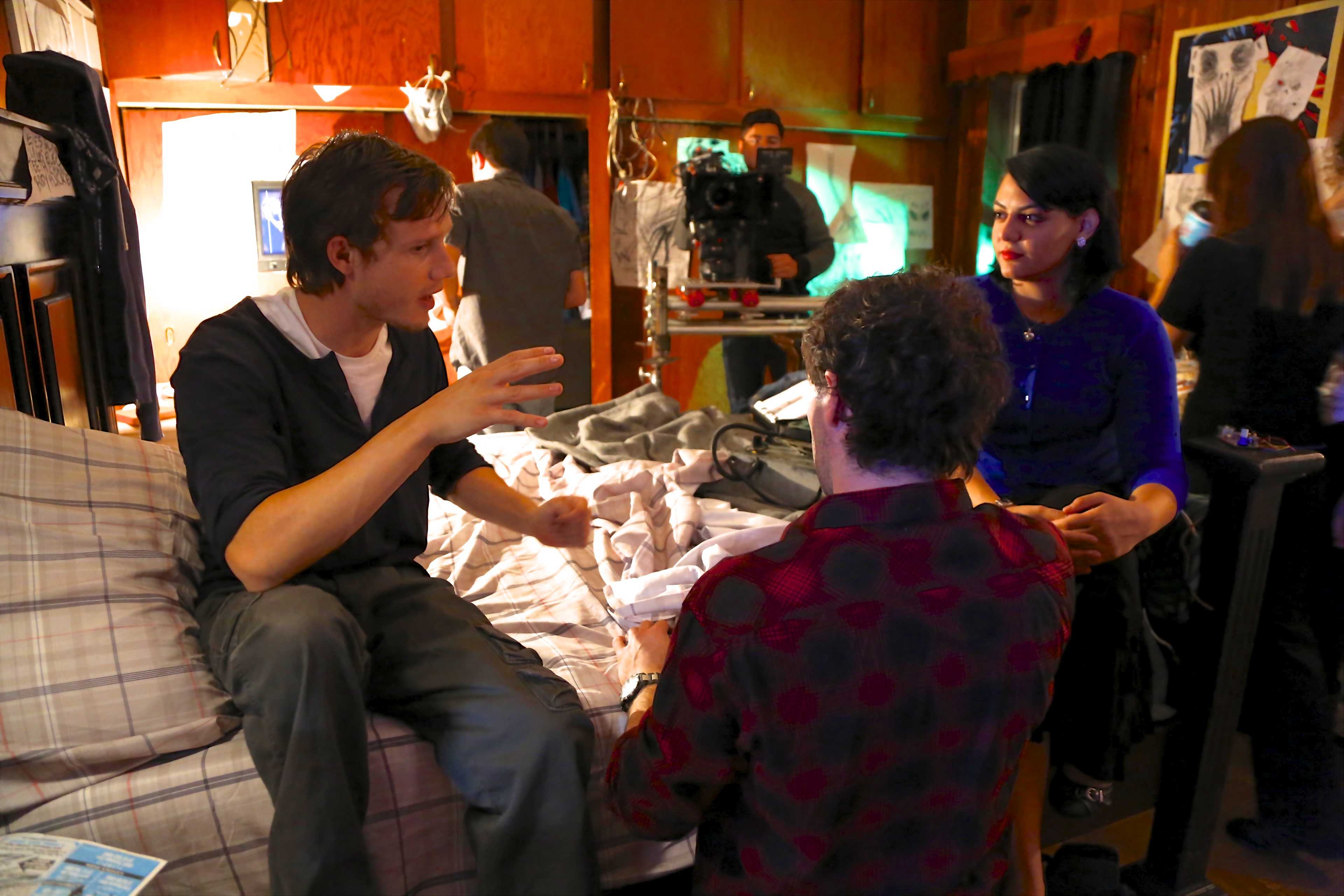 Sahar El-Ghali working on set with the main actors David A. Jørgensen and Joseph Barone.

Follow @nicolettehinojo
//
The first horror/sci-fi thriller genre thesis film to come out of CSUN will premiere at the annual Senior Showcase held in the Samuel Goldwyn Theater.

“The Frequencies” is about the close relationship of two brothers and how they work together to get rid of life-draining creatures that escaped from an energy source the older brother helped discover.

The film was inspired by both the director/writer Sahar El-Ghali’s love for horror films and her family’s experience with her sister’s cancer diagnosis.

“I have a really close bond with my family and I have two sisters and I always write films with my sister named Amy,” said El-Ghali. “Since we have such a close bond and we were writing this film it was heavily influenced by what was happening with our family and the whole situation.”

Although the film that is being showcased is influenced by a big part of her life it was not her first choice of film to make. At first she was developing a romance story, something far away from the horror film that is “The Frequencies.”

The faculty helping the students create these films from the beginning told El-Ghali that animation doesn’t get selected and neither do horror films. So El-Ghali studied all of the films that were showcased before and started developing a romance story.

After a while El-Ghali decided to switch genres.

“‘I was like you know what my hearts with this [The Frequencies], so I’m just going to go ahead and do this one,'” said El-Ghali. “I stopped and developed this one particularly and I was like ‘I think it could get chosen but at the same time I don’t know.'”

When the film was chosen to be showcased everyone involved knew it was going to be a lot of work but no one expected there to be as many problems as there were.

“One of our professor’s in the film department, Professor Hoggan, kept telling us ‘always be prepared for the unexpected because what can go wrong will go wrong 100%,'” said El-Ghali.

Some of the things that went wrong were computers crashing, files erasing for no reason and files not being rendered right.

Not only were there issues with the technical aspects of the film, especially having as much visual effects as it does, there were also issues within the crew.

Having to manage crew members senior film majors Arian Davoudian and Momoko Uchimura worked as the producers of the film and said that having to manage such a big crew was challenging at times.

Even with the issues the crew had Davoudian, Momoko and El-Ghali credited most of the success of this film to the crew’s persistence.

Momoko said that although there were problems among some of the crew, when it came down to it they pushed themselves, even working through winter break.

“They stuck to it, they stuck with it and they made it professional,” said Arian. “It was important for everyone and the crew to make sure we got into showcase.”

The Frequencies will premiere May 4 at 7:30 p.m. at the Samuel Goldwyn Theater in Beverly Hills.

The other four films that will be showcased are “Corre” by Elmer Zelaya, “The Death of Colm Canter” by Revati Dhomse, “When a Flame Stands Still,” by Michael Canon and “Champion” by Kevin Reyes.