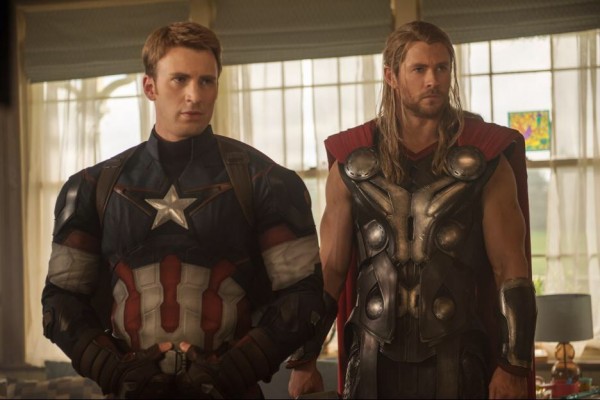 Picking up where “Captain America: Winter Soldier” left off “Avengers: Age of Ultron” shows the team ridding S.H.I.E.L.D. of the Hydra invasion. During the battle Tony Stark finds the Chitauri Scepter and uses the infinity stone within it to create what is to be a peace keeping artificial intelligence robot named Ultron.

Of course things go wrong and Ultron aims to destroy the Avengers. The rest of the movie shows the team trying to stop Ultron from destroying them and the earth.

The plot line was slightly predictable if you watched the trailer and have seen the previous movies but there were a few surprises in there that made up for it. 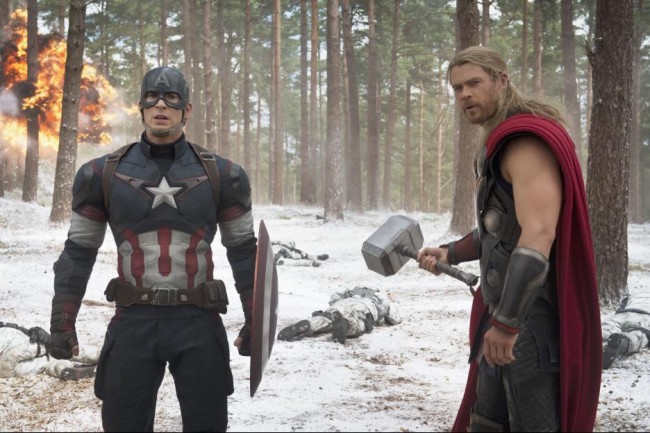 Another positive attribute is the story line has a lot of action. Given an artificial intelligence that moves from body to body making it almost impossible to destroy, results in many action sequences.

The special effects in these scenes were mediocre, there were times when it seemed fake but given the fact that they were fighting robots constantly, the effects worked. 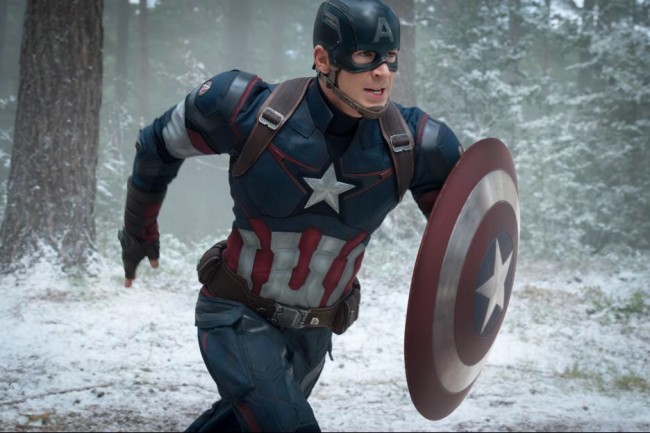 Some of the performances that stood out were Scarlett Johansson as Natasha Romanoff/Black Widow, James Spader as Ultron and Jeremy Renner as Clint Barton/ Hawkeye.In the previous films of the Avengers franchise both Hawkeye and Black Widow played as secondary characters.

In “Age of Ultron”, the audience gets to learn more about these crucial members. The audience finds out why Black Widow is the way she is and how she came to be that way. We also get a glimpse at who Hawkeye really is, plus he has a lot more lines in this movie some of which he pokes fun at his own abilities in comparison to the rest of the group.

James Spader did an amazing job with Ultron. Unlike most villains, Ultron was both menacing and sarcastic. This fit in very well with how Marvel adds comedic relief to their action films. There were times where the villain made the audience laugh and although that can come off as a fluffer it showed how the villain Ultron really doesn’t care and has no emotional weakness.

Altogether, “Avengers: Age of Ultron” is a fun, action-packed movie that is a great addition to the Marvel universe.