It’s time to end the cycle of educational inequity 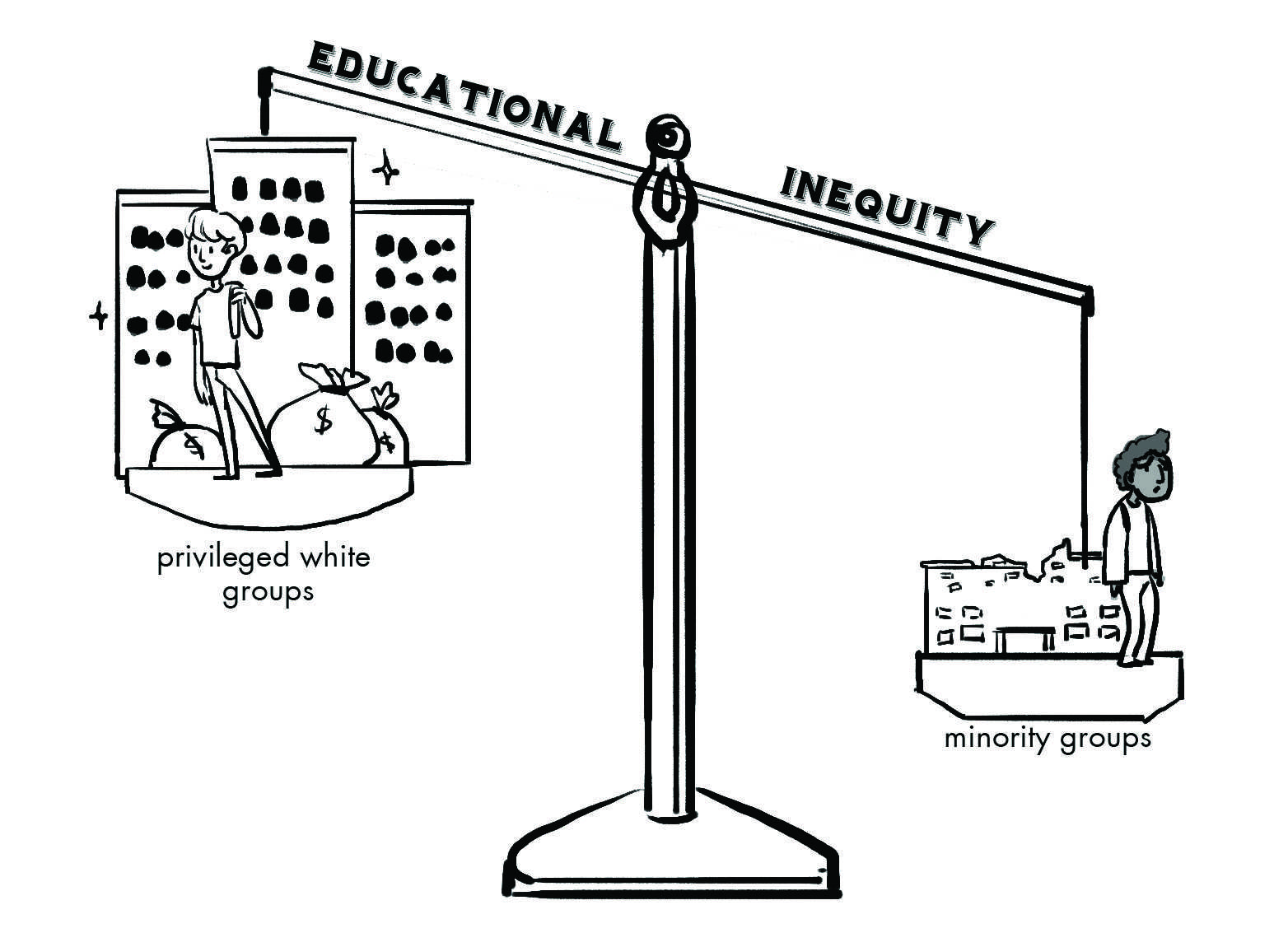 We live in a society that perpetuates social inequalities. Whether it’s intentional or not, the system fails those who do not have “white privilege.”

Unfortunately, those most affected are children in public education. Of course, there are also white students in the underserved and underrepresented schools. The point is to look beyond race and class and provide all students with the same opportunities to receive a quality education.

However, the problem in educational inequity is deeply rooted in the economy. Lisa Wade of The Society Pages, a social science project in the Department of Sociology at the University of Minnesota, said much of K-12 public education is funded by taxes collected in each school’s neighborhood. As a result, schools in affluent areas receive more funding because the parents pay more taxes.

Unfortunately, this is nothing new. Minority groups have always faced economic disadvantages. It is time for change and for children in these families to receive better educational opportunities so that they can fight to stop this.

If children in poverty are not given the same opportunities to succeed, they may not succeed. Many will end up in poverty as adults and the cycle will continue.

In the U.S., there are more than 16 million children growing up in poverty, according to Teach For America, a program that sends teachers to low-income communities that need them. Of those students, one in three will not graduate from high school.

For students who do graduate from high school, only 18 percent will enter a four-year university. In the end, only nine percent will obtain a bachelor’s degree, according to Teach For America.

Improvements to these staggering statistics can only be made by giving more opportunities to children in low-income schools. The U.S. Department of Education claims that although funding for schools comes from the state and local neighborhoods, the federal government has increased its funding for schools.

The federal government has also called for action with the No Child Left Behind law enacted in 2002. It was meant to close the achievement gap.

However, the law has not exactly been successful because it required standardized testing to assess students’ skills. Testing scores are not an accurate measure of what and how students are taught and the conditions in which they have to learn.

There is a need for a new law. In January 2015, Arne Duncan, U.S. Secretary of Education, called on Congress to create a new education law. In the meantime, it is up to schools, teachers, activists and society as a whole to work on making the changes.

As college students, it is up to us to care about this issue. As future leaders, educators, law-maker and activists, it is time for us to create change by helping to create better school environments that give all children the quality education they need and deserve.

Society needs more children to succeed and get out of this marginalized system that segregates races and classes. Otherwise, the cycle of poverty and inequity will continue.