The story behind the sports fan 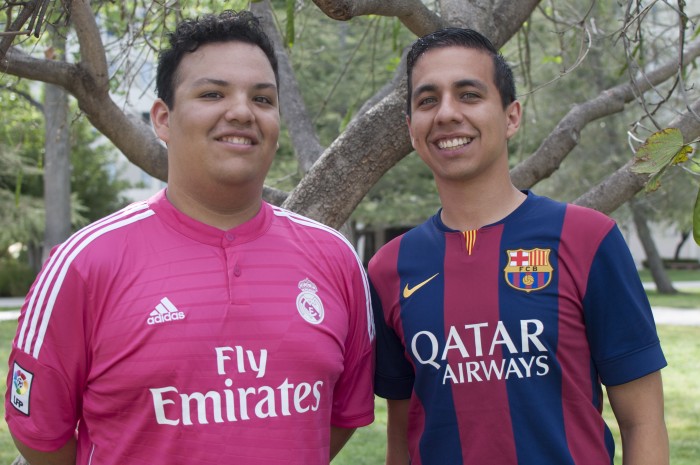 J.D. Orosco (right) and his younger brother Luis Orosco (left) are fans of rival Spanish soccer teams, Real Madrid and Barcelona. The elder Orosco fell in love with Barcelona's tiki-taka style of play and loves the level of offense they produce. It was the younger Orosco who introduced the elder to love Barcelona, and is a fan of Los Blancos to rival his brother.

You’re at the Freudian Sip and see a person sporting a Boston Celtics jersey in Los Angeles, and you’re wondering why. Wearing a Larry Bird, green and white basketball jersey in the very city it’s despised in; one of the most heated rivalries in basketball, and the individual is daring enough to show it off.

You look around you, and nearly one-in-three people in the shop has some sort of sports gear on them, whether it’s a hat, a pair of socks, a t-shirt, or even a bag. And it dawns on you. Why are they fans of that specific team? What makes that team so sentimental to them?

There are plenty of CSUN students that rock sports gear all around campus, and they wear it with pride and joy. Here are just a number of students that have a story behind the apparel they sport.