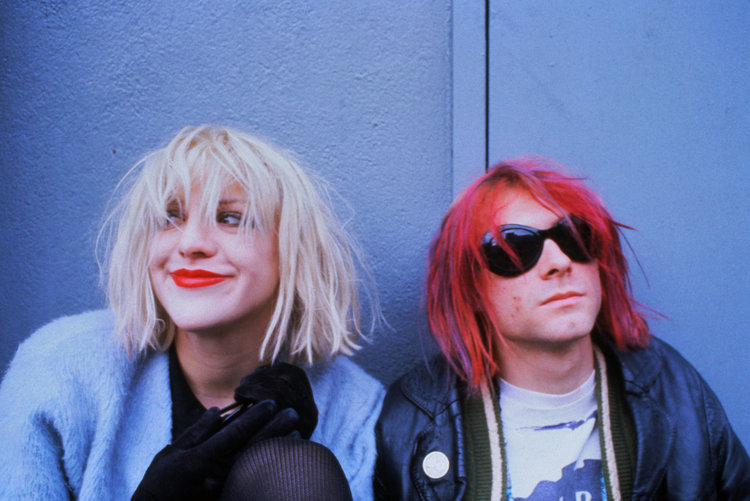 Follow @cicelyrose_
//
It’s been just over 20 years since Kurt Cobain, lead singer of grunge rock band Nirvana, committed suicide in his Seattle home, and the world has just received the first authorized documentary on his life with “Kurt Cobain: Montage of Heck.”

Fans who grew up listening to Nirvana and who know Kurt’s story will be blown away while watching this film.

The music choices stand out right off the bat. Documentary filmmaker Brett Morgen uses Nirvana songs, but occasionally there is a twist to them. At some points, the soundtrack uses orchestral, lullaby and acoustic versions.

Another enjoyable factor is how audiences can see how much Cobain loved his daughter, Frances Bean. Home footage of Cobain making his daughter laugh, holding her and generally acting like a father will make audiences smile the entire time. Frances only got to be with her father for about two years, but the love Cobain had for her was clearly visible.

One of the biggest strengths of the film was that it didn’t stray away from the troubles in Cobain’s life. This includes his drugs abuse and the various mental and physical health problems he endured as an adult.

The trouble with many documentaries on Cobain is that they fall into the trap of idolizing him to a point where he becomes nothing more than a symbol. “Montage of Heck” distances itself from that and humanizes the singer, reminding everyone that he was a person who made mistakes and eventually took his life.

Another interesting element in the documentary was the method of storytelling. Although audiences will get to see the adorable toddler Cobain banging on a toy piano and blowing kisses at the camera, there’s more than that. This documentary animates Cobain’s various drawings, which were creepy to be completely honest.

Disturbing scenes with sinister music and unsettling imagery helped visualize what he might have been feeling when creating the drawings.

There were some points where the film carried on this disturbing imagery for far too long and detracted from the story. For instance a scene where a plastic baby doll head spews filth from its mouth lasts longer than 30 seconds.

The other thing was actually animating various scenes of his life that were deemed important, but there were no visuals to accompany them. At one point, a voice-over set to an animation reveals how punk music and marijuana helped him while he was feeling alienated as a teen.

The new ways of storytelling will keep audiences attention throughout the two-hour run time.

The film brought in various people from different points in Cobain’s life, including his parents, sister, ex-girlfriend, bandmate Krist Novoselic and wife Courtney Love. They all gave insight to Cobain’s character and key observations on different points of his life. Bandmate Dave Grohl was unfortunately not in the film.

According to the film directors, there were scheduling conflicts and, even though Grohl eventually did an interview, his take didn’t make the final cut. They made the decision to qualify for the Sundance Film Festival on time and the theatrical release, which, even in it’s limited run, now qualifies the film for the upcoming Academy Awards.

“Montage of Heck” lives up to the hype that you’d expect from something that took eight years to make. It did this in a respectful and honest way.

Everyone who knows Cobain knows how he died, and the film somberly describes what happened.

A cliched ending of news footage with speculation on why it happened never came, and it was a wise choice.

The documentary premiered at the 2015 Sundance Film Festival, had a brief theatrical run and premiered on HBO on May 4. Audiences should give the film a chance when it hits cable, or wait until its November DVD release if they can’t access it. It’s worth the time to gain insight into one of the most famous musicians of the 90s.