Let’s not forget humanity in a Refugee crisis 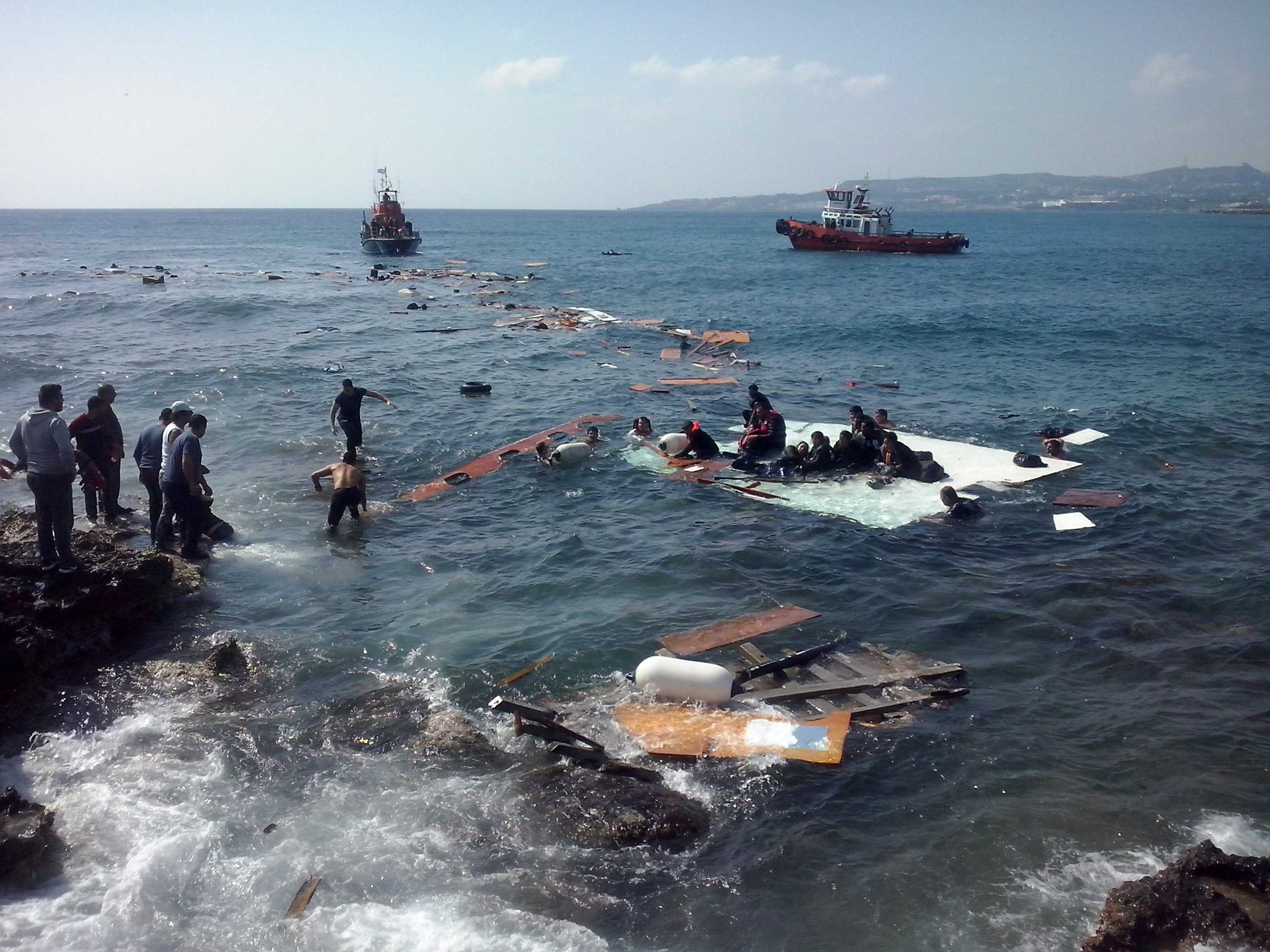 A vessel carrying approximately 200 irregular migrants sank off the coasts of Rhodes island in southeastern Aegean Sea on Monday, April 20, 2015, local authorities said. At least three people died in the accident. European Union officials gathered for an emergency meeting Monday, after hundreds of people are believed to have died in what could be the Mediterranean's deadliest migrant disaster. (Xinhua/Zuma Press/TNS)

Human lives matter more than geopolitics. That is why the whole world should take action when thousands of refugees drown at the doorstep of Europe. Not just Italy. Not just Germany. Not just the European Union. Every country with the resources to do so should step in.

First, a quick geography lesson. The Mediterranean Sea is one of the world’s most deadly migration routes. It is almost completely enclosed by land and surrounded by Europe, Asia and Africa. The sea has historically been of vast importance as a route for travelers and merchants during ancient times and as a food source. Nowadays, it seems like there are more bodies being pulled out of the water than fish.

Due to wars tearing apart Syria, Afghanistan, Sudan and Iraq and poverty in Eritrea, Egypt and many African countries, millions of people are fleeing for their lives. In 2015, we have already seen the biggest boat tragedy ever in the Mediterranean with over 800 lives lost on April 20. This figure is only a guess though. We will never know exactly how many people died while trying to cross the ocean since only estimates were given of how many passengers were on board. The authorities quickly had to give up finding more survivors – and more bodies.

In life as well as death, refugees have their humanity taken away from them. They are not named or sympathized with equally to, for example, the people of the MH17 Malaysian flight because there are no records of their existence. The pictures of their lifeless bodies are used as a shameless plug by media outlets. When their deaths are discussed by politicians, they are considered a nuisance because of the economic and social pressure they are putting European nations under. Meanwhile, in the United States, the refugees are brushed off as being Europe’s problem despite the fact that the US spurred many of the conflicts to begin with, especially in the Middle East. If we disregard the reasons behind the many conflicts for a moment, it should not matter where in the world there is suffering. When there is a humanitarian crisis, countries should forego differences and political concerns and help those in need. Seeking asylum is a human right and just because we are privileged enough not to be in the need of it, it does not mean we should turn our backs on those less fortunate.

Labeling the Mediterranean migration as a humanitarian crisis is no exaggeration. This year alone, an estimated 20,000 migrants have reached Italy while over 1,800 have died. Between July 1 and September 30 in 2014, over 90,000 people crossed the Mediterranean while at least 2,200 lost their lives. At the current rate, the death toll could amount to a staggering 30,000 by the end of 2015, as estimated by the International Organization for Migration. To make matters even more depressing, in 2014, the number of people displaced or seeking asylum reached over 50 million people for the first time in the era of post-World War II.

All of this is happening far away from the United States and other prosperous countries and thus only reaches us when it makes the news. Once it stops being news and coverage ceases, so does our attention. Although, the issues might not be present in our minds anymore, it does not mean that the 50 million are doing any better. Awareness is urgent because even when faced with this life or death choice, the leaders of the world are stalling.

So what are the solutions? Ideally, the reasons behind the massive displacements would be solved so people would not have to flee. That would mean solving war, poverty and discrimination. Probably not going to happen, is it? The next best option would be to give refugees safer routes to travel by and help those traveling across the sea by organizing humanitarian efforts. As for what regular students such as us can do: we can sign petitions, donate money and inform others. Essentially, we can show care for our fellow human-beings.