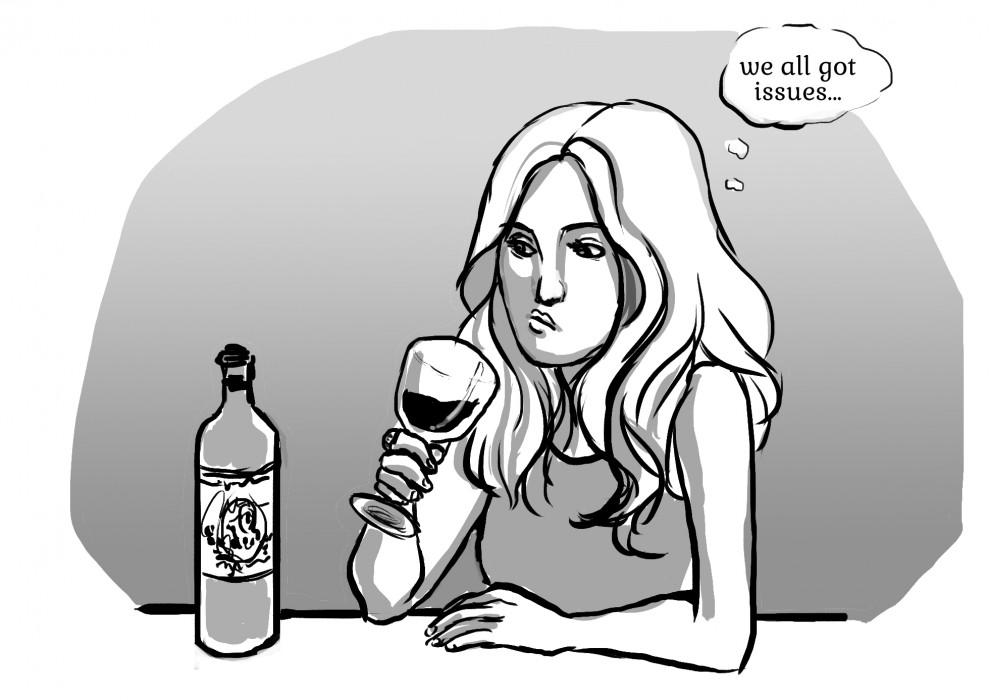 I know, I’m back, but I promise this is it for a while. I’ve just been sitting on the bare floor of my aunt’s town house in Maryland, watching what has been her home for the last ten years being packed up by large sweating Russian men. This all to get her ready to move across the country for a fresh start, and in doing absolutely nothing but trying to decipher what anything in Russian actually means— so I could know what it was that these men are saying, I have gotten the chance to reflect on the past few months of my life.

What I realized is this:

Until recently, the concept of money was never something that I really put a lot of thought into. I have been fortunate enough to have a family that has been able to support me through life and while I have worked for as long as I can remember, everything I made I was able to spend on things that I wanted and not ones that I needed. So, a savings account wasn’t something that I was necessarily interested in.

Close to a year ago now, I was involved in a car accident that resulted in my car getting totaled, leaving me broke and having to save for a new car.

Without a dime in that savings account I learned how hard it was to make a dollar out of 15 cents.

In the midst of my saving, a wedding invitation came in the mail from my cousin Amanda, inviting my family to her wedding in Maryland.

Weddings are something that have always baffled me. I mean people spend thousands upon thousands of dollars to make that day everything that they ever dreamed of, just to stand at the end of an aisle and proclaim their love for each other in front of all of their friends and family. And as easy as it sounds, in my family that is no small feat.

Although my last name is Stanziano, which already implies a large family, I am actually more Peruvian that I am anything else. Meaning I have an incredibly large loud and unbelievably fun Latin family, part of which is the whole bunch of cousins, the oldest of the girls, being Amanda.

In Latin culture weddings are a big deal. They are not only a time to celebrate the love between two people but a time to get the whole family together from near and far.

Near and far translates roughly to not cheap.

With all of the money that I had been trying to save, buying a ticket seemed like an impossible task.

I tried over and over again to figure out how to tell her that I wasn’t going to be able to make it to her big day. After about the 50th message I wrote I started to realize that all of my “I cant’s” were turning into “I’m going to try’s”.

My subconscious realized something before my actual conscious self did.

There was no way in hell I was going to let the price of a plane ticket stop me from memories that will last me a lifetime.

That is when I realized why people spend the thousands of dollars that they do on weddings. It’s because the price tag doesn’t matter when you get to go to bed knowing you were able to make your dreams come true and spread the happiness among others.

So I bought my ticket.

And thank god I did.

If I hadn’t of decided to spend the money on a plane ticket:

1. I wouldn’t have met my super awesome new big cousin for probably another year.

2. I would have never have been able to give an impromptu speech at the rehearsal dinner resulting in a moment I get to have with my cousin forever.

3. I would have never gotten to see my cousin looking as beautiful as she did on her wedding day.

4. I wouldn’t have gotten to bond with my other cousins that I hadn’t seen in over a year

5. I wouldn’t have been able to watch as my family gathered for the once in a lifetime celebration

6. I wouldn’t have had access to the copious amounts of Peruvian food and alcohol

7. I wouldn’t have met a rare kind of someone that was willing to start a lame 80’s style garage-band with me called Sex Goldfish (that’s another story in itself, trust me).

8. And I wouldn’t have gotten to spend a week with the family that helped in shaping me into the person that I am today.

It was one of the best times I have had in ages. After the three days of pure wedding festivities had ended, my very charming new band mate left to go back home. But not before leaving with something to toast to. He said “here’s to each of our paths and the hopes that they’ll one day cross again.”

In life the only thing that’s certain is that we’re going to die. Now, I don’t know about you, but I plan on spending every day until that point meeting as many new people as I can, spending as much time with loved ones as possible, and trying to remember that life is nothing but an adventure that you can choose to live however you see fit. If paths are meant to cross again they will. And if I end up broke on the way then so be it, money won’t do us any good when I’m six feet under or scattered ashes in the wind.