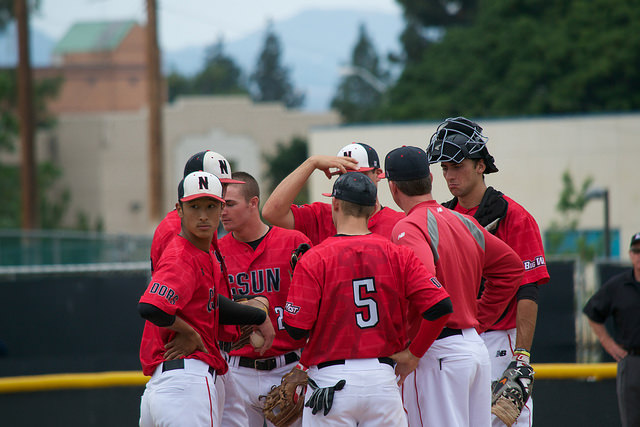 The Matadors couldn’t capture the same late-inning offensive spark that got them a 9-4 victory in the second game on Saturday as they gave up runs in the latter innings to UCI.

Redshirt junior Yusuke Akitoshi tied the game at 1-1 with a sacrifice fly to score senior Ryan Raslowsky in the first inning. The Matadors left nine runners on base in total and couldn’t capitalize on multiple scoring chances.

UCI junior pitcher Evan Maranino helped stifle the Matadors offense as he pitched all nine innings with one run allowed on seven hits.

UCI broke away on a CSUN throwing error that put runners at the corners. Raven induced a 4-6-3 double play off the bat of Jerry McClanahan, but the go-ahead run came in to score.

The anteaters scored a single run in the sixth and two more in the eighth to put the game away at 5-1. Despite CSUN’s attempts to score runs in the third, seventh and eighth innings, when they placed two runners on base in each frame, Manarino shut them down.

In the final home games of their CSUN careers, Raslowsky, Pak, Blaser and Murphy earned starts while Cohen and Warner each pitched in relief.

Raslowsky went 2-for-4 with a walk and a stolen base in his final game at CSUN. Both Blaser and Murphy earned one hit apiece and the combination of Cohen of Warner tossed 1.0 shutout inning.

The Matadors resurgent season included 33 wins, the most since 2002 and a 9-1 start, their best 10-game start to a season since 1996. The pitching staff combined to boast a 2.61 ERA while sophomore Conner O’Neil set the school’s all-time single season save mark with 12.