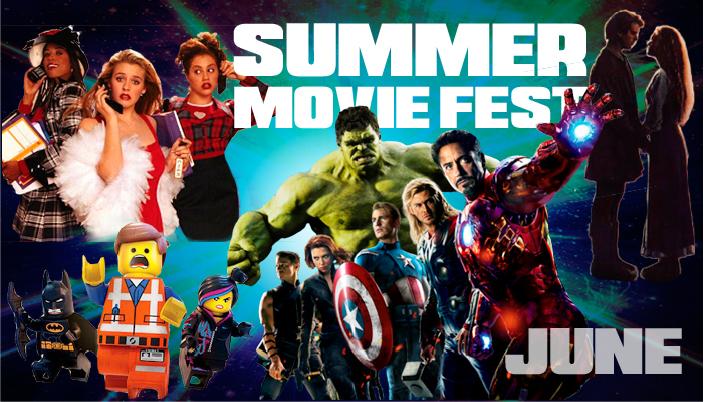 "Clueless," "The Princess Bride," "The Lego Movie" and "The Avengers" will play this June every Thursday at 6:30PM at the Oviatt Lawn. Photo Credit: Alyson Burton

The event started back in 2010 by CSUN alumni Leanne Vincent to a crowd of about 300 on the lawn near the bookstore and has since expanded to more than 2,700 on the Oviatt Lawn in the past two years, said AS Program Coordinator, Austin Ysais.

“[The Summer Movie Fest] is a sustainable, free way to have a good time,” Ysais said.

The movie fest will show 13 films during summer and will feature a film every Thursday on the Oviatt Lawn from June to August. The event will include a local food truck and raffle.

Ysais said the event was started for students living on campus and the community over summer and now doubles as a charity event. The event raises money for the San Fernando Valley Rescue and helps families in tough times to buy clothes and food.

June’s lineup will also feature a wide-range of films such as “The Princess Bride,” “The Lego Movie” and “The Avengers,” said Media Theory and Criticism Option Professor of the Cinema and Television Arts department, Frances Gateward

Gateward has attended the event for the past three years she has lived in Northridge.

“[The movie fest] is a great service the university provides to the community,” Gateward said. “It provides a gateway for younger kids to go to college.”

Gateward said the films picked for the summer lineup appeals to a wide range of people.

“Film viewing is supposed to be communal,” Gateward said. “That’s why people laugh more in the theater than at home.”

Corey Brumfield, a CSUN exchange student and film production major in CTVA, attended last year’s movie fest finale showing of “Superbad.” Brumfield said that the setting was nice because it wasn’t too crowded; this allowed him to enjoy the movie and have a good time.

“There’s a certain level of comfort that’s not necessarily there when you’re in a movie theater or in your living room––but outside and one with nature,” Brumfield said.

Parking is available on campus, but attendees must pay the $6 parking pass. There is also free parking on the streets near campus.

Bring the lawn chairs and blankets because the summer film fest is open to the public and will run until Thursday, August 27.