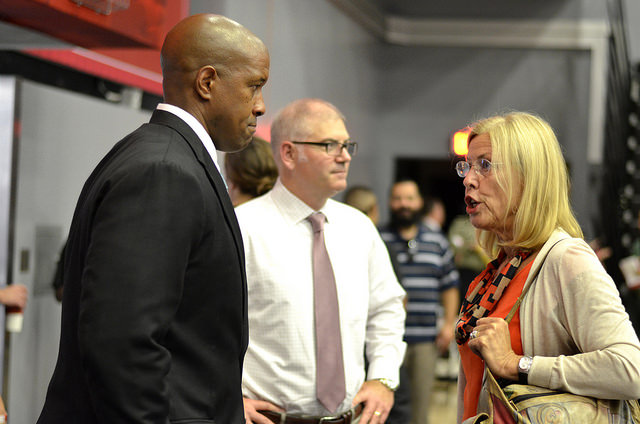 CSUN Athletics announced via press release on Monday that nominations for the 2016 CSUN Matador Hall of Fame are being excepted.

The Hall of Fame honors outstanding former CSUN student-athletes for their accomplishments on and off the field and their dedication to CSUN Athletics. Requirements are that a nominee must have competed, coached for or rendered extraordinary service to California State University Northridge.

In an official statement, CSUN Director of Intercollegiate Athletics Dr. Brandon Martin said, “CSUN Athletics has a rich history of success on and off the field and we’re proud to honor select outstanding alumni as members of the Matador Hall of Fame.”

Any an all nominees must be at least five years removed from their role at the university to be eligible and can be a former student-athlete, team, coach or administrator. The deadline for nominations on September 1st is followed by the full class reveal in October.

“I encourage all friends, fans and supporters of CSUN to nominate their favorite deserving Matador today,” Martin said.

To nominate an individual or team for consideration, there is an attached form that is available. When done email nominations to Senior Associate Athletic Director/Development Tom Ford at tom.ford@csun.edu or regular mail.

No more than five individuals or one team per year will be inducted to the Hall of Fame. A person is not allowed to nominate themselves. Nominees not selected will automatically be considered for three years, after which they must be re-nominated.

In January 2016, inductees will be honored at a banquet and more information will be announced once the class is selected.