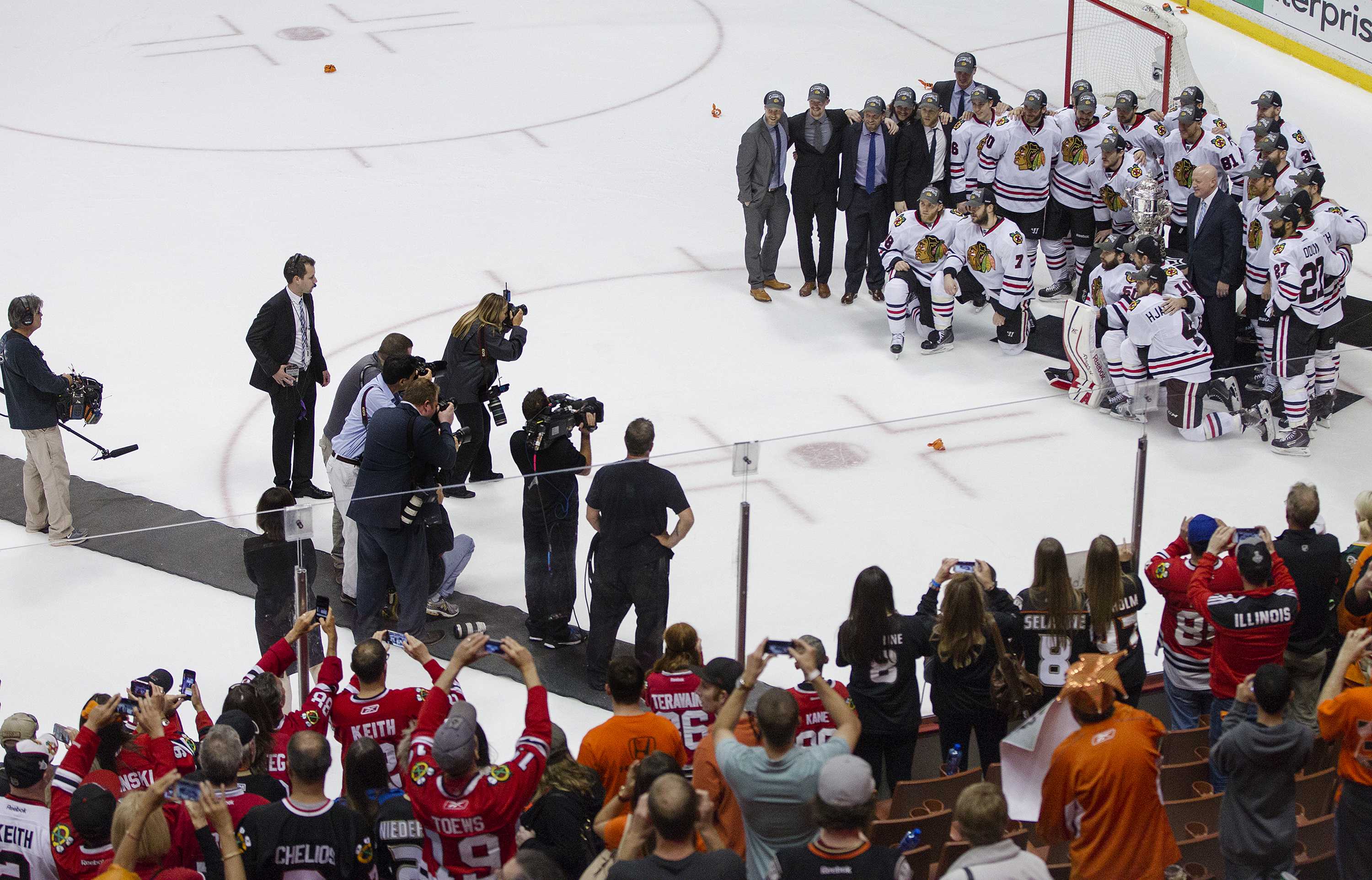 After two game sevens in the Conference Finals, the Chicago Blackhawks and Tampa Bay Lightning defeated their conferences number one seeds to advance to the Stanley Cup Final.

To reach the Finals the Blackhawks beat the Nashville Predators (4-2), Minnesota Wild (4-0) and the Anaheim Ducks (4-3) while the Lightning’s road went through the Detroit Red Wings (4-3), Montreal Canadiens (4-2) and the New York Rangers (4-3).

They have been playing like a team with unfinished business left to accomplish.

This is their opportunity to erase last year’s disappointment of losing in the Western Conference Finals against the eventual Stanley Cup Champion Los Angeles Kings in game seven.

The Lightning are doing more of the same because last postseason they lost 4-0 to the Montreal Canadiens in the Eastern Conference Quarterfinals and until this berth, they were in an 11-year Stanley Cup Finals drought, which they won in 2004.

This is a much younger group then the team that won it in 2004 and they are now led by their 25-year-old star captain Steven Stamkos and 24-year-old defenceman Victor Hedman.

For Tampa Bay, if Stamkos and Hedman bring the physicality and their speed in game one, they can set the tone for this series making the Blackhawks play their type of game. Goalie Ben Bishop also needs to play at or near the level he did against the Rangers because controlling the Blackhawks numerous offensive weapons will be the difference.

As long as Jonathan Toews and Patrick Kane play at a high level and Chicago’s defencemen crew, led by Duncan Keith, find a way to neutralize Tampa Bay’s speed then they will have the advantage. If they don’t accomplish this, goalie Corey Crawford will be put in tough situations forcing him to make crucial saves which can eventually rattle him.

Mining the net for this year’s Stanley Cup Finals will be Ben Bishop for Tampa Bay and Corey Crawford for Chicago.

Home-ice will definitely have an effect, but both of these teams won their Conference Finals on the road in game seven, proving that winning on the road is something they’re comfortable with doing.

If Tampa Bay wins they would make history by becoming the first team in NHL history to beat four Original Six teams in one postseason.

If Chicago wins then this would be their third Stanley Cup victory in six years, putting them in elite company among the all-time best teams and solidifying themselves as a modern day dynasty.