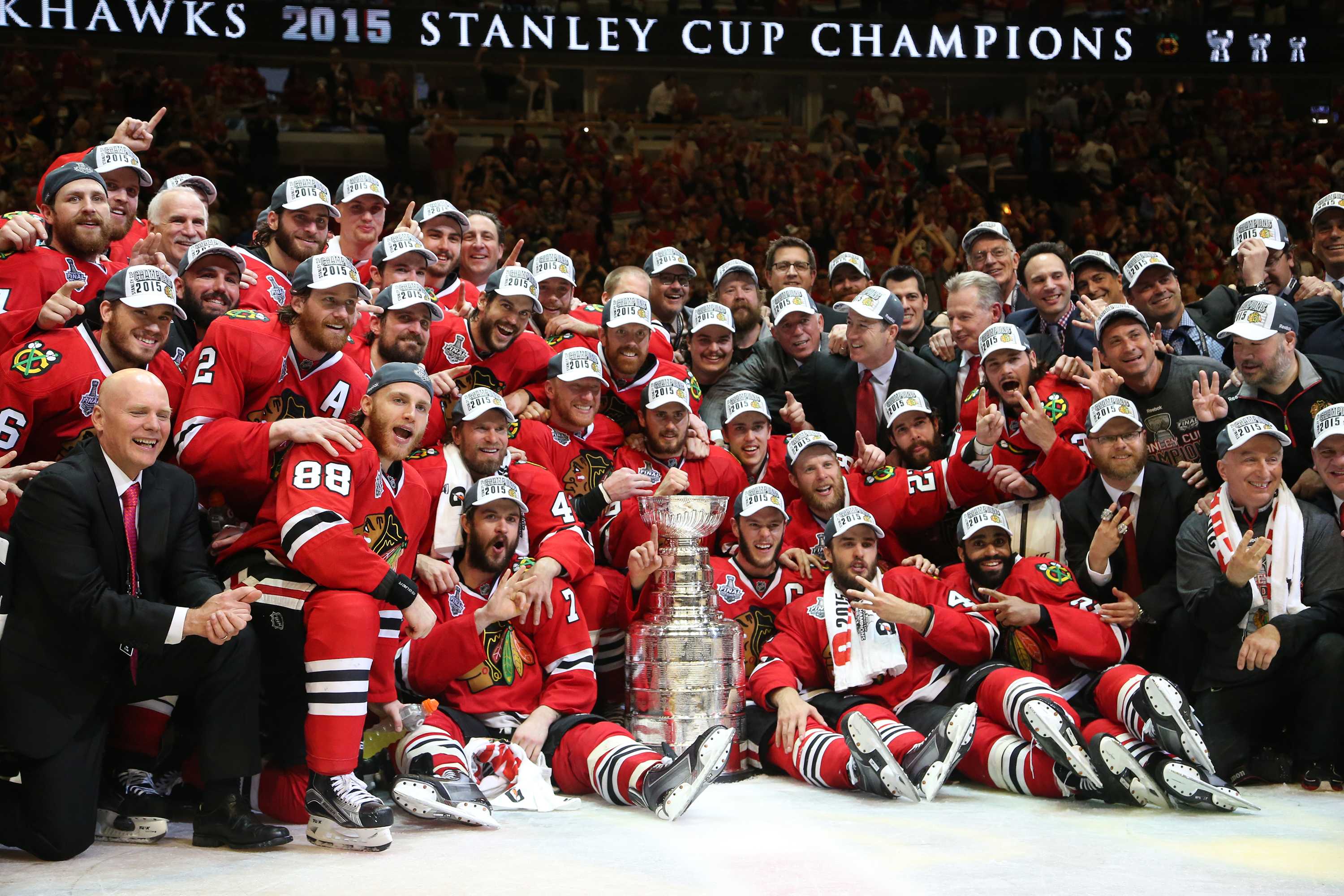 The Chicago Blackhawks celebrate after defeating the Tampa Bay Lightning in Game 6 of the Stanley Cup Final on Monday, June 15, 2015, at the United Center in Chicago. (Brian Cassella/Chicago Tribune/TNS)

In a Stanley Cup Final classic, the Chicago Blackhawks win their third Stanley Cup in six years by defeating the Tampa Bay Lightning 2-0 in game 6.

The Tampa Bay Lightning didn’t lose without a fight. They had plenty of scoring opportunities in all three periods, but just couldn’t capitalize.

The Lightning’s captain Steven Stamkos had a couple of those scoring opportunities, in hopes of ending his Finals goal-scoring drought. In the first period he missed a shot off the top post and in the second period his breakaway chance was denied by Blackhawks goalie Corey Crawford.

Crawford was dominant throughout the game’s entirety and had 25 saves in the shutout victory, none bigger than the Stamkos breakaway save.

Duncan Keith becomes the 10th defenceman in the history of the NHL to win the Conn Smythe Trophy (MVP). He led the playoffs in plus minus (+16), total ice time (685:18 minutes), tied for the lead in assists (18) and was top-five in points.

The Lightning showed toughness with key players dealing with injuries. Goalie Ben Bishop played through a noticeable injury (torn groin), center Tyler Johnson played through an injury as well (wrist) and forward Nikita Kucherov played through a neck injury he sustained after running into the goal post in game five.

Despite the injuries for the Lightning, they were not able to score on those consistent chances. Their scoring woes continued as they went a shocking one-for-13 on the power play in this series.

Blackhawks head coach Joel Quenneville was able to maneuver his lines and continually correct his game-plan in order to get certain players in better situations. Especially during games four-through-six, players like Patrick Kane, Marian Hossa and Patrick Sharp benefited from his decisions.

In the final three games of the series, goalie Corey Crawford faced 82 shot attempts and stopped 80 of them.

This is the Blackhawks first home ice Stanley Cup victory since 1938 and they also improved their season record to a staggering 33-0 when leading after two periods.