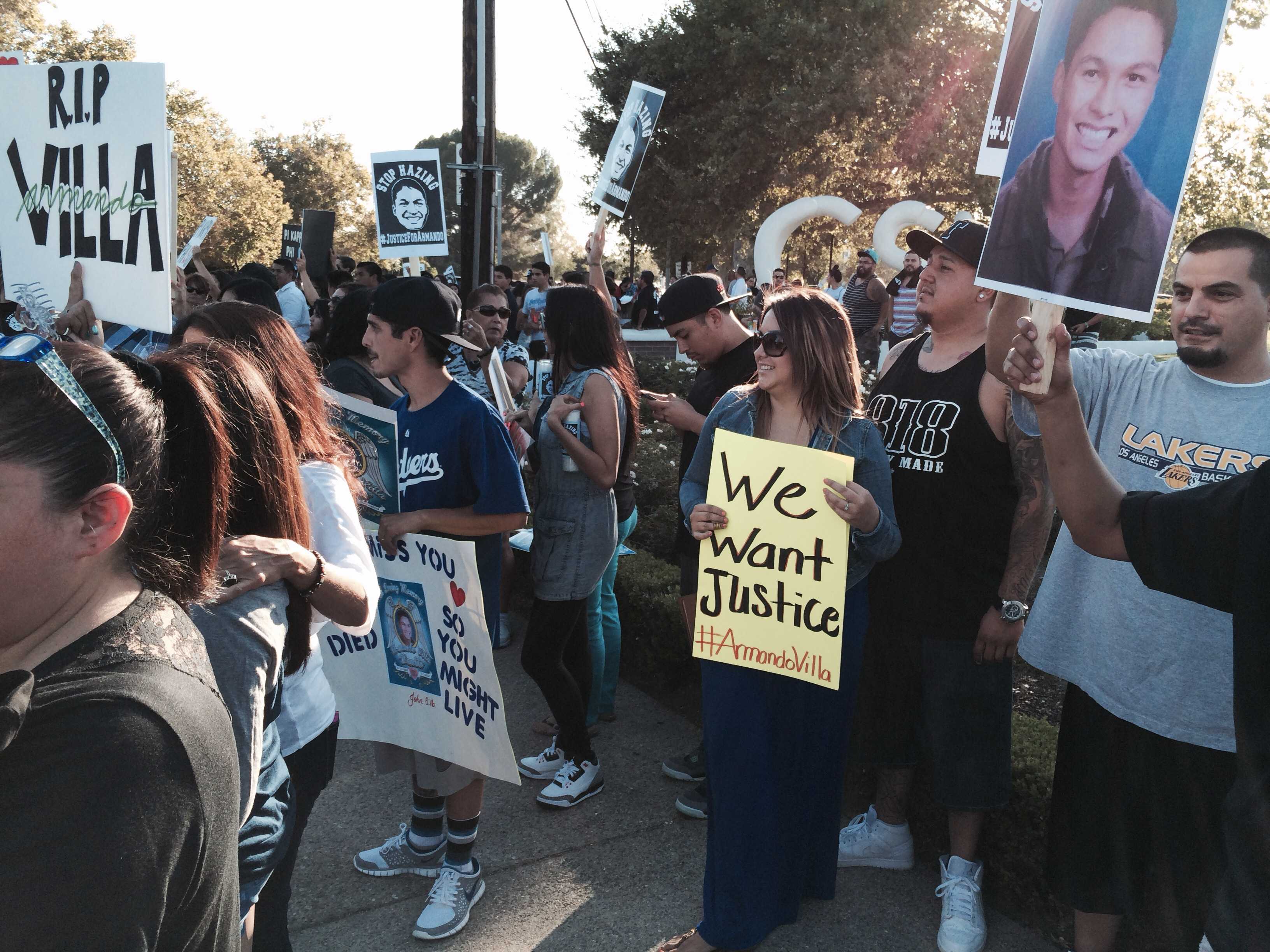 Family and CSUN students flooded the corners of Zelzah Avenue and Nordhoff Street in memory of CSUN student Armando Villa in July 2014. (Pete Camarillo / The Sundial)

LOS ANGELES (CNS) – The mother and stepfather of CSUN student Armando Villa, who died during a fraternity hiking trip in the Angeles National Forest, sued the California State University system and his fraternity yesterday.

The negligence lawsuit was filed in Los Angeles Superior Court by Maria and Joseph Serrato. The family is seeking compensatory and punitive damages. Pi Kappa Phi and the CSU, along with several individual members of the fraternity, are named as defendants.

The 19-year-old died on July 1, 2014, after becoming dehydrated during a 16-mile hike organized by Pi Kappa Phi members. The group was hiking in hot temperatures with little water and inadequate shoes, according to a CSUN investigative report.

The hike was the last ritual Villa had to complete to become a full-fledged member of the fraternity, the suit states.

A CSU spokesman issued a statement saying CSU officials, “have not yet seen the actual lawsuit papers and thus cannot comment on the substance of the litigation. However, we can say that any claim that CSUN was in any way responsible for the tragic death of Armando Villa is untrue.”

According to the statement, CSUN conducted an independent probe into the circumstances surrounding Villa’s death.

“The investigation revealed that during the pledge process, members of Pi Kappa Phi engaged in hazing in violation of the CSU Student Conduct Code and CSUN’s Code of Ethics for University Recognized Student Clubs and Organizations,” the statement says. “CSUN had no knowledge of Pi Kappa Phi’s actions.”

Villa lost consciousness on the trail after the hikers ran out of water. The group flagged down a forest ranger who helped transport Villa to a hospital, where he was pronounced dead.

According to the statement, Pi Kappa Phi is permanently banned from operating on CSUN.