State of the NBA: The center position is obsolete in today’s NBA 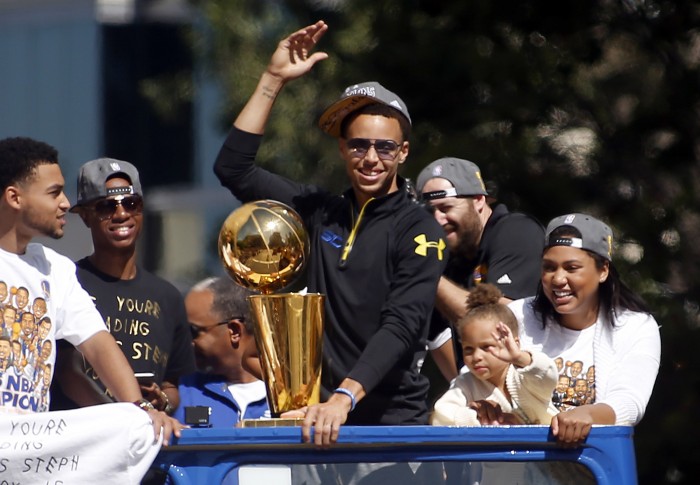 In what was the highest-rated NBA Finals ever on ABC, the world was witness to one of the greatest performances in Finals history by forward Lebron James and regular season Most Valuable Player Stephen Curry.

The game that saw guard/forward and 11-year veteran Andre Iguodala win the NBA Finals MVP award pulled a 15.9 overnight rating, making it the highest-rated game six ever on ABC. The main focus of the finals was Curry, guard Klay Thompson, James, and all-stars Kyrie Irving, and Kevin Love.

The series took a massive turn when Cleveland Cavaliers first-year head coach David Blatt chose to play a smaller lineup that had no way of staying with the uptempo style and depth of the Warriors line-up, not to mention that the Warriors ability to play small ball is their bread and butter.

Blatt, to the dismay and confusion of everyone, benched center Timofey Mozgov who had a career-high 28 points to go with 10 rebounds in a game five loss for game six.

Mozgov routinely got everything he wanted offensively in the paint because Bogut played terrible defense and Draymond Green and other Warriors had no answer for the 7’1 big man, in addition to power forward Tristan Thompson owning the offensive and defensive glass all series.

Playing without a true center is what the Warriors did to clinch their championship. The world saw it and that same commitment to guard play is what got a guard like former Ohio State Buckeye D’Angelo Russell drafted higher than former Duke Blue Devil center Jahlil Okafor, many of whom projected as the top pick of the 2015 draft.

The free agency period has shown how much the league values its top assets with multiple backcourt players like restricted free agent and Chicago Bulls guard/forward Jimmy Butler getting a five-year, $95 million max contract, and former Portland Trailblazers center Robin Lopez, who signed on with the New York Knicks for four years and $54 million.

Detroit Pistons guard Reggie Jackson signed a five-year $80 million extention to stay in Detroit. Jackson has started the least out of the three over his career but exploded on the rest of the league once he got traded from the Oklahoma City Thunder.

All three players are established starters in the league but guard play wins championships and are cornerstones of organizations. A center can’t defend against any type of guard and especially a small forward like Lebron James, Carmelo Anthony or “The Unibrow” himself, Anthony Davis.

The league is filled with supremely athletic and versatile players that can guard positions one through three and in some cases the four and five spots ala Davis. Sacramento Kings center Demarcus Cousins is honestly the only center transcendent enough to lead his team in scoring and debunk the beta mentality that a lot of centers have today.

The money and the game plan don’t lie. The center position is as popular as someone who was cool in high school and or college but now works as a local night club security guard or retail store associate who can reach the top shelf and command marginal attention.

Modern NBA centers are forced into being one-dimensional in a sense that they either play shot-blocking, rim-protecting defense or prolific offense. When you’re a one-trick pony, you end up in the glue factory; however, when you’re a jack-of-all-trades, you can still run the show like Cousins and Gasol.