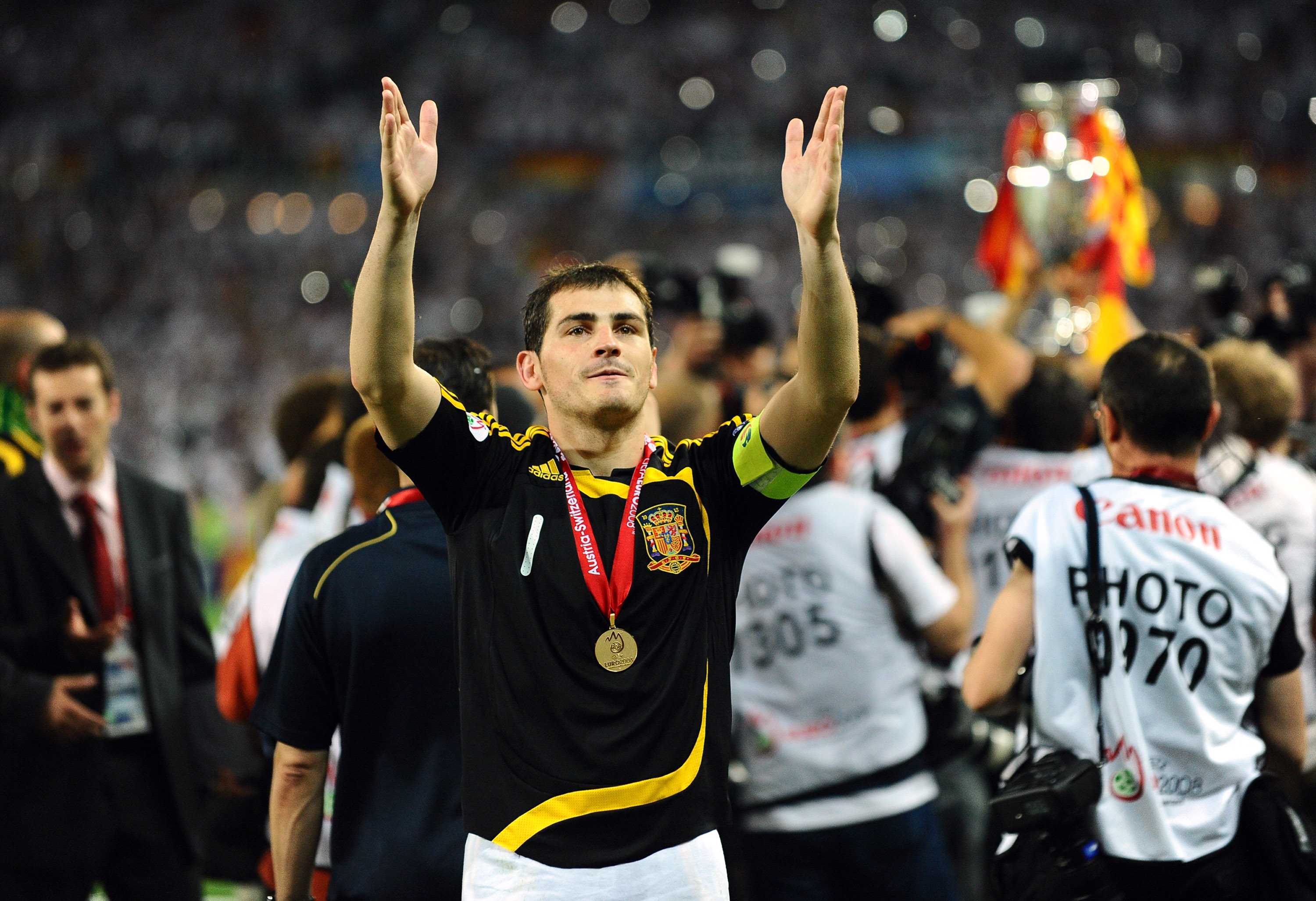 But as of July 11, Spanish goalkeeper Iker Casillas will no longer be a Real Madrid player after guarding the Santiago Bernabeau’s woodwork for 25 years. The country’s hero will move to neighboring Portugal as a veteran goalkeeper for F.C. Porto next season, ending a prolific career for Los Blancos that entailed three Champions Leagues and five La Liga titles.

Many have come and gone to Madrid, but he stuck through thick and thin.

Casillas has proven his worth not just for the club, but the country as well. The 34-year-old captained the Spanish National Team to the top of soccer glory when they won the 2010 World Cup, becoming the first goalkeeper captain to do so. His heroics had an entire country grant the athlete sainthood, dawning the nickname St. Iker.

Two years prior, he helped end a 44-year trophy drought in 2008 by winning the European Championship. Four years later, he led the team to retain their European crown. There was nothing Casillas did not win for both club and country.

And now, after years of speculated locker room turmoil in the Spanish capital, Casillas finally departs from his boyhood club, and that raises many questions not just for the club itself, but the sport in its entirety.

For the club, they are losing a leader, and an influential figure both on and off the pitch. Casillas embodied Madrid, and although the club adopted a superstar lineup over the past decade, he was always there to represent the old and new era of Madristas. Regardless of having such attacking talent in Cristiano Ronaldo and Gareth Bale, or the defensive prowess of Sergio Ramos and Raphael Varane, the team was always lacking a commander when Casillas was on the bench.

While Casillas saw a dip in form in the last few years, the team tried to cope and work with the goalkeeper, signing backup keeper after backup keeper. Still, to this day, the club is seeking a proper successor. But the search seemed disrespectful in a way. It’s like being in a relationship and looking for another partner while one is committed to someone already. And for years after Euro 2012, Madrid has done just that. Casillas has been vocal about this approach, and his bickering is totally understandable. The club has handled this situation very poorly. Imagine Barcelona doing this to Lionel Messi.

Casillas was one of the last players to have come through the ranks of his club’s youth system and flourish into an icon. His career began back in 1990 in Madrid’s youth club, and quickly rose up to the first team just eight years later, making his debut at 18-years-old.

Not many players in the modern era have stayed with their boyhood clubs for their entire season. With Casillas transferring away from Madrid, it seems like that ideal is slowly dying off. This summer has seen not only Casillas leave his boyhood club, but players like Steven Gerrard from Liverpool, and Bastian Schweinsteiger of Bayern Munich shows a trend that clubs this summer aren’t trying to hold onto their old guards.

Clubs like Manchester United and Barcelona have thrived in producing one-team players, and have seen teenagers become legends. The likes of Ryan Giggs, Carles Puyol, and AC Milan’s Paolo Maldini have spent their whole lives at their respective clubs, and players like Messi, Andres Iniesta, and Francesco Totti seem to be on their way to hang up their boots at the very same place where they picked them up.

Getting rid of legends in the modern era isn’t something unfamiliar for Madrid. The club did it with their prolific goalscorer and three-time Champions League winner Raul Gonzalez. Commonly known as Raul, the striker played alongside Casillas in their 1999 and 2002 Champions League winning campaigns. The 1999 Champions League final made Casillas the youngest goalkeeper ever to play in the final, and he did so convincingly with a clean sheet. Their legendary striker was sold to German club Schalke, making way for Cristiano Ronaldo to inherit his famous No. 7 jersey that he dawns today.

Another modern Madrid legend was Jose Maria Gutierrez Hernandez, otherwise known as Guti. The attacking midfielder climbed the ranks of Madrid’s youth system just like Casillas did, but after the club brought in the second wave of Galacticos, he was sent packing elsewhere in Europe. Guti respectively hung his boots up in Turkey, while Raul is still on the pitch with the American club, New York Cosmos.

It’s hard to compare the goalkeeper’s tenure to any other sport in the U.S. There aren’t any youth teams other than Little League or American Youth Soccer Organizations (AYSO) teams that kids stay at and flourish. Even that doesn’t accurately reflect how important Casillas was, and possibly still is to the club.

The goalkeeper was greeted with boos throughout the last season for his subpar performances. With age comes decline and with Casillas not getting any younger, his abilities haven’t been up to standard since Euro 2012.

This has given Madrid manager’s headaches trying to figure out a suitable guardian of the net for the club. Regardless of performance standards, it shouldn’t be a reason why fans mistreat such an iconic player not just for the club, but also for the entire nation.

Just imagine if Los Angeles Laker fans disrespected Kobe Bryant in his last few games. Or New England Patriots fans booed Tom Brady at Gillette Stadium every game. The level of disrespect will not be allowed at all toward them after all they’ve done for their respective teams and looking at Casillas’s resume, Madrid fans’ actions have been outright despicable.

St. Iker survived two Galacticos eras, played alongside and against the absolute best in the world, and has been the voice for club and country for over two decades. Now, after marching onto the field 725 times, Casillas leaves his home not as a hero, but as unwanted trash.