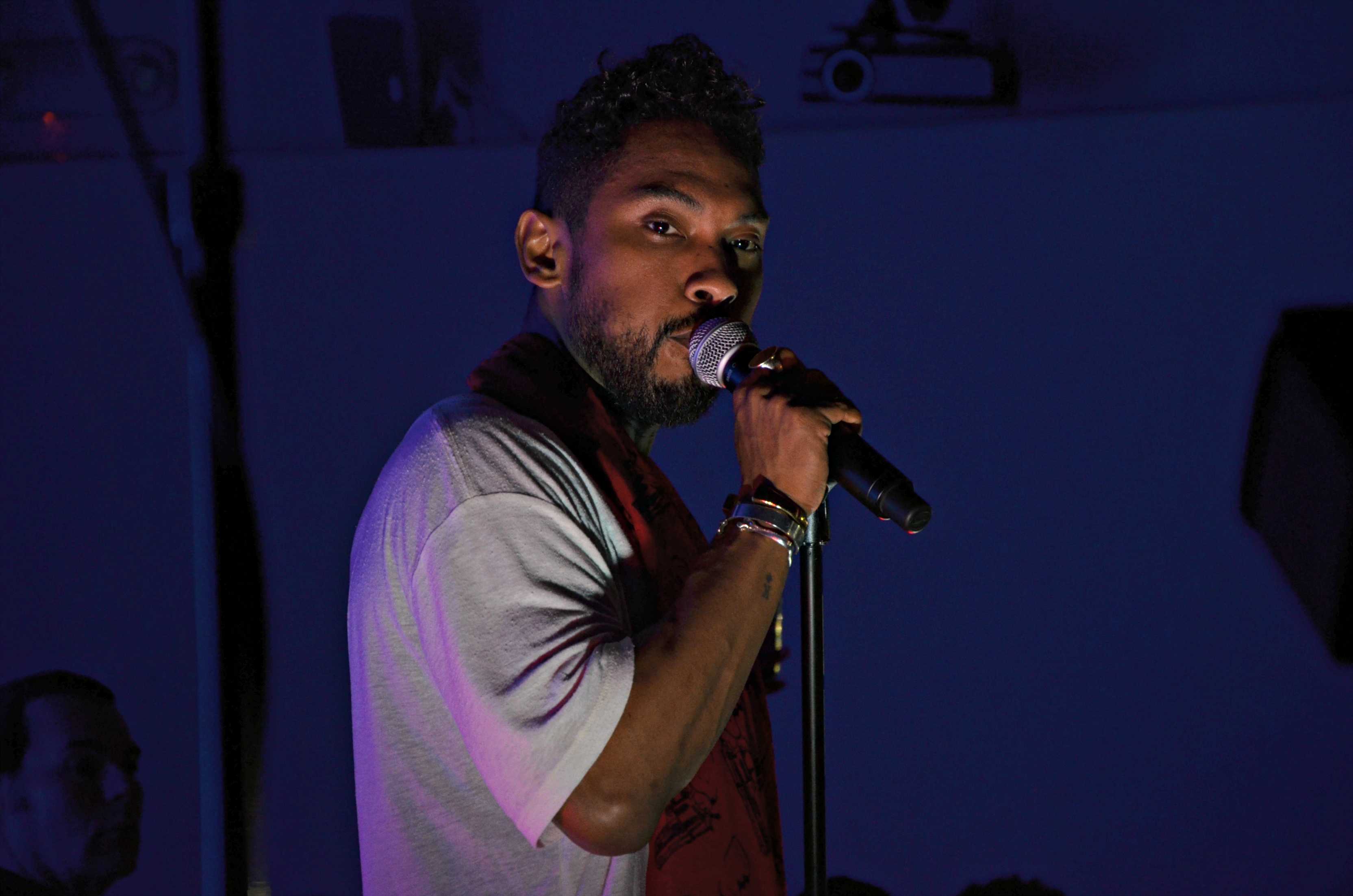 Grammy award-winning singer, songwriter and producer Miguel performed in front of a sold out crowd at the Sonos Studio in Los Angeles on Monday, July 13, 2015. Photo credit: Vincent Nguyen

As the bright, white lights dimmed down to make way for blazing, hot red spotlights, Miguel took center stage and immediately put his audience in a trance as he introduced himself with his hit, “Thrill.”

It was the Grammy-award winning singer, songwriter and producer’s homecoming as he enchanted the crowd with his sultry voice at the Sonos Studio in Los Angeles. Once he took the stage with the opening of “Thrill,” his fans were immediately hypnotized by his intimate performance.

The artist performed songs off his new album “Wildheart,” and played all his hits, from his new single, “Coffee” to his set-closing record, “Adorn.” Miguel slipped in a few radio hits too, including Kendrick Lamar’s “Bitch Don’t Kill My Vibe,” and Rae Sremmurd’s “No Type.”

The L.A. native’s song “Hollywood Dreams” portrayed the glamour of the city he grew up in, shouting out areas like Slauson, Crenshaw, Sunset, and, of course, Hollywood. One of the most hard hitting songs off his set, it gave the audience a glimpse of what his life was like before and during his fame.

Despite “Hollywood Dreams” showcasing the artist’s serious side, every other song off the list was dance-worthy and sometimes baby-making, something the artist acknowledged throughout his set. Miguel did little singing with the closure of his super hit “Adorn,” as the audience singing along to every single word.

Not only were they technically spot on, but they were animated around a stage so small that it could probably fit two cars on it. Size didn’t matter to Miguel’s band as they soared around stage hopping and jumping more than a bunny rabbit on Easter Sunday. They were groovy, slick, smooth and just downright funky. In addition to stage presence, the artist implemented a backdrop that showcased explosive scenery from a projector.

Miguel’s music has been played over one billion times on Pandora, who sponsored the L.A. show. Sonos Studios housed a sold out crowd, a crowd that surely and thoroughly enjoyed a classic show.