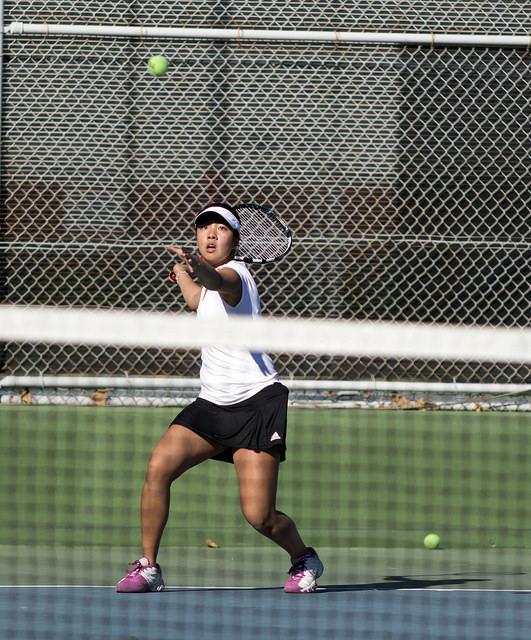 Eight of 13 members on the 2015 CSUN women’s tennis team earned Intercollegiate Tennis Association Scholar Athlete honors from the ITA as well being named to the ITA All-Academic Team on Friday.

In addition to a record of 16-5 and a 5-3 Big West Conference record, the team was named Women’s Academic Team of the Year for the second consecutive year with a combined 3.466 GPA at Varsity ‘N Awards ceremony in March of this year.

“Having our student-athletes recognized for their excellence in academics makes everyone involved with our program very proud,” CSUN head coach Gary Victor said to gomatadors.com “The eight individual student-athletes who were honored should be extremely proud of themselves for putting the work in day in, day out. It takes a special young person to have the discipline and energy to compete in intercollegiate athletics and to maintain such high academic standards.”

It’s rules state that the ITA All-Academic Team award is open to any member program that has a cumulative team grade point average of 3.20 or above (on a 4.00 scale). All eligible student-athletes whose names appear on the NCAA, NAIA or Junior/Community College eligibility form and have competed in one or more varsity matches must average into the GPA for the current academic year, which includes fall 2014 and spring 2015.

Hsu, Warren and Lin were also named to the Academic All-Big West Spring Sports Team for their work in the classroom. The conference also requires 50 percent participation in a team’s contests to meet the qualifications.

CSUN was one of three Big West schools to earn Academic All-American honors from the ITA, including UC Davis and UC Santa Barbara.