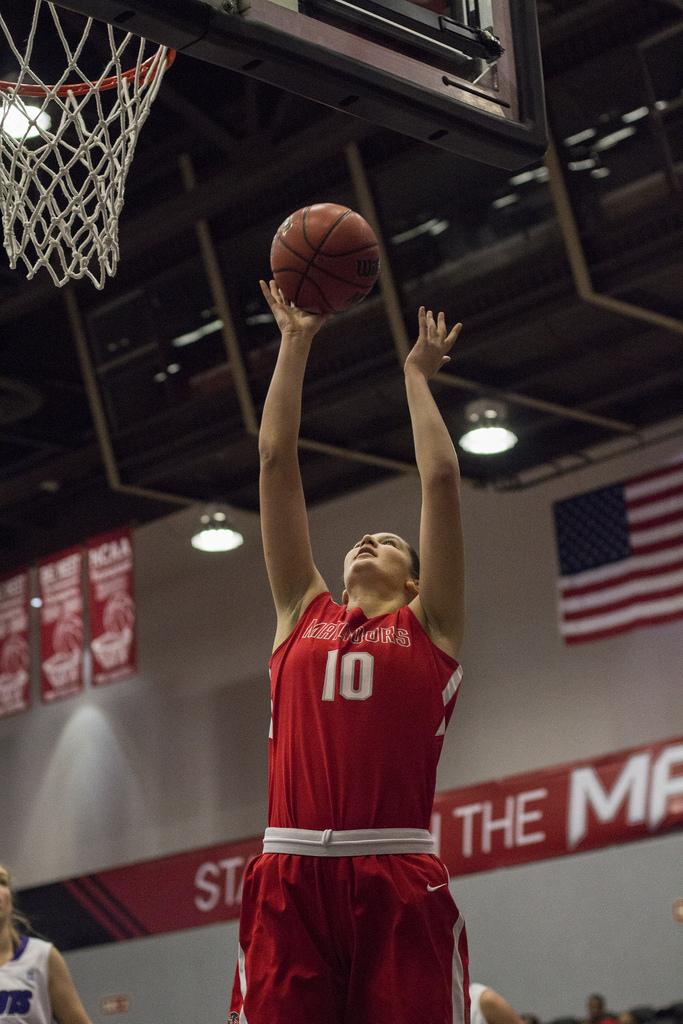 Sophomore forward/center Tessa Boagni was announced as one of 14 members named to the New Zealand Tall Ferns on Sunday night.

The 19-year-old sophomore and member of the 2015 Big West Conference All-Freshmen is the youngest member on the team and now joins the lineage of Tall Ferns like her mother, Jane McMeeken, and older sister Kate McMeeken-Ruscoe, who played and were captains when they played.

Tall Ferns coach Kennedy Kereama made the decision after four days of trials and the 14 players will attend a preparation camp ahead of international play.

“The team has a good blend of youth and experience and I have been delighted with the enthusiasm, commitment and attitude of all the players and it is always difficult to advise players that haven’t been selected on the team; however, I am confident that the players remaining in camp form the strongest group available to the coaching staff,” Kereama said. “We are approaching the upcoming international programme [program] with great optimism as we build towards the Olympic Qualifying series and beyond.”

According to the Tall Ferns website, the team will remain in South Auckland in camp until Saturday before the 12-player team is announced later in the week. The Ferns leave on Saturday to play in the William Jones Cup in Taiwan followed by a three-game series at home against Japan.

Of the 14 retained, six of the players are college students in the U.S., seven players are contracted to Australian clubs and point guard Jordan Hunter as the sole New Zealand based athlete.

After the Japan series the team will play in the FIBA Oceania Series against Australia, in Melbourne on August 15 and Tauranga on August 17, 2015. The winner of this series will earn a trip to the Rio 2016 Olympic Games.