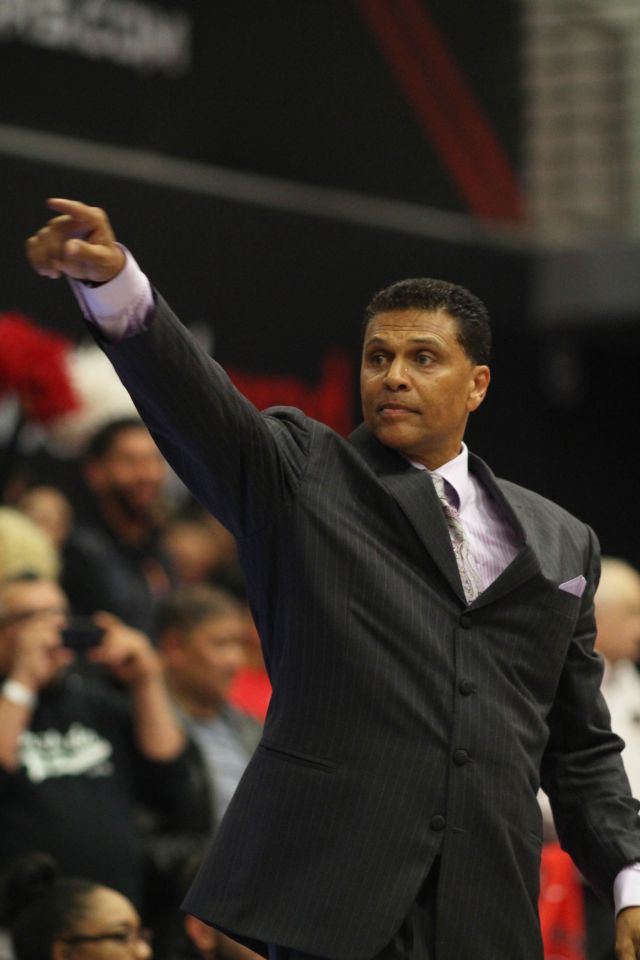 Sun is a Torrance, CA native and Syracuse University alumna, who is also an award-winning sports writer that has worked for the Associated Press, Riverside Press-Enterprise, Cincinnati Post and Las Vegas Sun, where she first worked with Theus through his ties to the University of Nevada Las Vegas. Theiler, pronounced Tyler, has more than 20 years of basketball coaching experience, and will assist with recruiting, on-court coaching and all aspects of the basketball student-athlete experience.

Mazire worked with the Atlanta Hawks as a regional advance scout. He worked with Theus as a basketball operations assistant and video coordinator for the Minnesota Timberwolves.

CSUN men’s basketball head coach Reggie Theus said in his announcement that, “These top quality additions to our staff will help reinforce CSUN basketball’s position as one of the premiere Division I programs in Southern California.”

“Vicky has a super knowledgeable basketball mind and is someone our staff can really depend on,” Theus said. “She has an incredible background in sports and has worked at the highest levels.”

Among handling numerous duties such as managing the operating budget, coordinating team travel, charting player performance, Sun was the men’s basketball liaison to other campus departments.

“I’m looking forward to helping Coach Theus and his staff transform the men’s basketball program,” she said. “We are all dedicated to making a positive impact at CSUN and turning the Matadors into a championship contender.”

Theiler was most recently the men’s basketball head coach at Middlebrooks Academy, as well as a basketball coach and assistant coordinator for the prestigious Compton Magic AAU team. He coached at Northern Arizona University, Cal State University, Hayward, College of Southern Idaho, Oxnard Community College, Ventura Community College and University of La Verne, among other schools.

“Jeff is an experienced coach who is very deep rooted into Los Angeles basketball,” Theus said. “He will give us a high profile locally, and combined with his great basketball mind, he’s the perfect addition to CSUN basketball.”

“I’m very excited to join Coach Theus here at CSUN,” Theiler said. “I grew up in, and am very familiar with Southern California and there’s a tremendous amount of potential here with the style of play and student-athletes they’re bringing in.”

“Reggie and his staff are doing exciting things that are going to make the CSUN men’s basketball program successful and I’m ready to be a part of that vision.”

“Andre is incredibly talented and has a vast knowledge of statistical analytics,” Theus said. “His passion for college athletics coupled with his extensive experience with video and advance scouting in the NBA will bring an interesting perspective to how we look at the game.”

He has also worked with Nike, the NBA and the D-League Albuquerque Thunderbirds. He has a Bachelor’s degree from the University of Arizona and an MBA from Syracuse University.

“When the opportunity to reunite with Reggie arose, the decision was easy,” Mazire said. “The additions of Coach Tyler and Ms. Sun coupled with Coach Levy demonstrate our commitment to the success of not only our student-athletes on and off the court but to our university as well.”

Mazire said the “potential here that exists is unparalleled and I am excited to be a member of the CSUN basketball staff.”