“No Major, No Problem” gathers musicians to showcase work in Hollywood 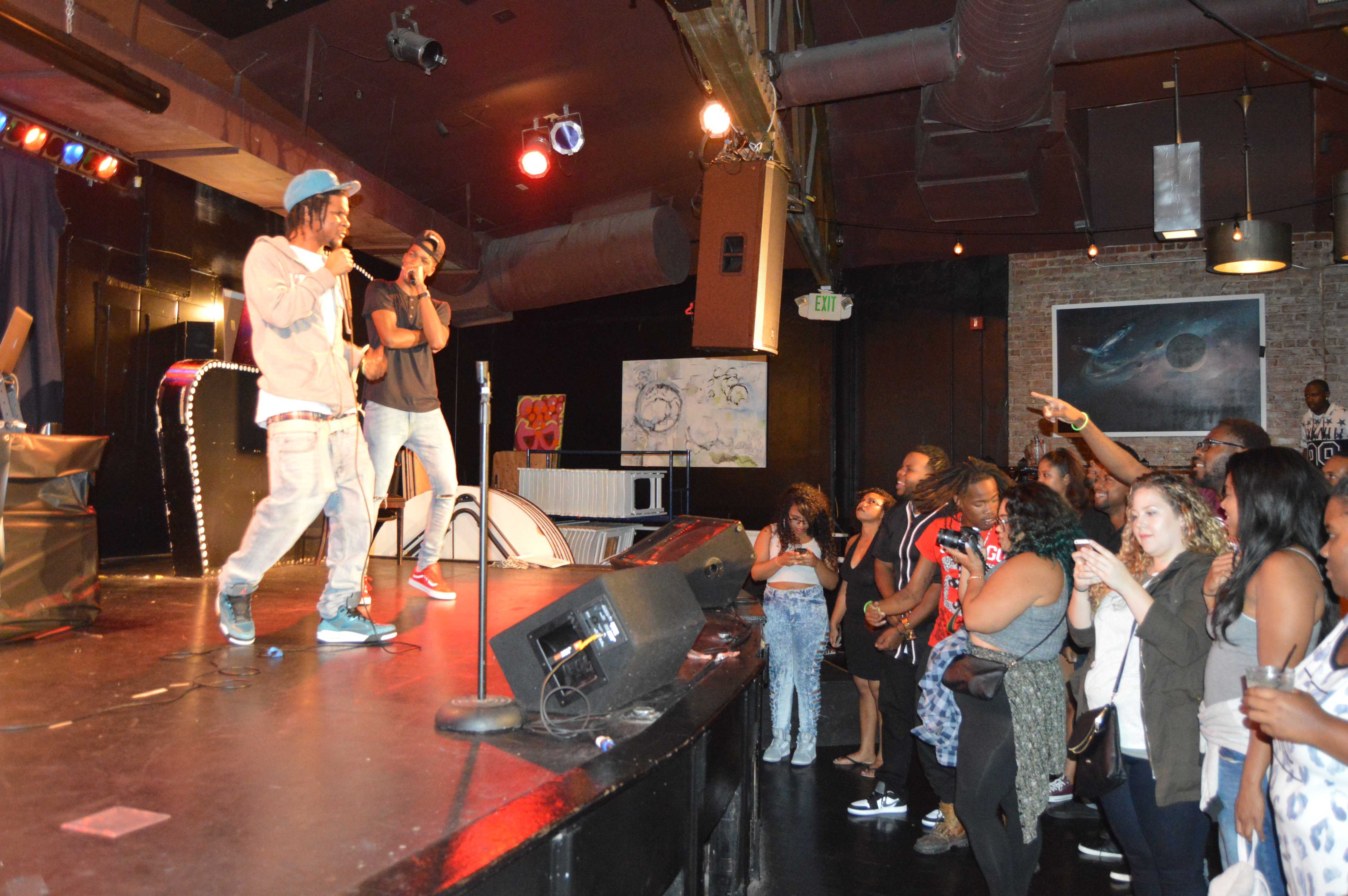 Artists came together and celebrated new talent, new voices and created new memories at the “No major, No Problem” networking event and showcase.

Indie-hip-hop artist and host Ramaj Eroc put on a networking event for unsigned artists to showcase their talent and introduce their new music.

Held in West Hollywood at Busby’s East Sports Bar and Lounge on Friday, August 21, Eroc organized this occasion to let artists know that they do not have to be signed to a record label to pursue their goals appropriately in the industry.

The night started off with an opening performance from Hip-Hop-Indie artist Chris Davis sharing with the audience his hit song, “Don’t Worry”. This marked his second official time performing and although he was nervous, he pushed through and rocked the stage.

“At first it was real nerve wracking but who doesn’t get that. I got the butterflies, said Davis. “But as soon as I got up there, I heard the beat drop and I immediately got comfortable.”

“No Major, No Problem” served their guests with entertainment, but also food, drinks, and good music. During intermission, attendees of all aspects of the industry, got to network, exchange business cards, and enjoy each others company with dance battles and sing-along’s.

As Eroc wrapped up the break, he then introduced the next artist to come to the stage to perform a few special songs of his own.

Singer, songwriter and hip-hop artist Humble gave a brief dedication speech before his performance as the night of the event marked the second year of the passing of his grandmother.

This was not only his first time introducing his new music from his record, “Moments EP”, but also a time for him to recognize how far he has came in his life and with his music.

“This is my first time performing my own stuff. So this is definitely a milestone in this journey of mine,” said Humble. “Also, the fact that today was the actual two years of her passing is even more of a push and more inspiring for me.”

With a uniquely placed line up for the showcase, many attendees were introduced to a genre that they weren’t too familiar with. This diversified the crowd and opened up new music pathways for individuals to expand their playlist.

Daniella Nieber, a guest of “No Major, No Problem”, did not know much about the Hip-Hop genre. Yet she still enjoyed herself while supporting her boyfriend DJ Ota Toxic who was on the turntables all night.

“There was a lot of good energy here and they seem really excited about what is going on”, Nieber said. “I usually listen to music from electronic to folks to blues. Its always nice to hear a new genre.”

Filled with aspiring artists and musicians, many people were able to connect and project their love for music and the event proved to be a night to remember.