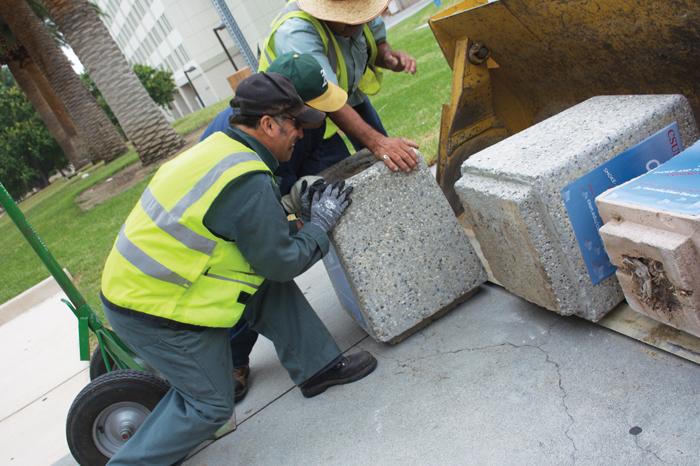 On Wednesday, August 19, CSUN joined over 2,000 colleges across the United States which enforce smoke-and-tobacco free campus policies with the “Clear the Air” initiative.

The initiative aims to promote the health and well-being of CSUN employees, students and visitors, according to a press release from President Dianne F. Harrison in April.

The smoke-and-tobacco free policy prohibits the use of cigarettes, cigars, pipes (including hookahs), electronic smoke devices such as e-cigarettes, tobacco products and nicotine delivery systems, including, but not limited to chewing tobacco, snuff and SNUS, according to the “Clear the Air” initiative website.

According to the policy, tobacco products will be prohibited in any and all CSUN-owned, leased, rented or maintained property such as buildings, facilities, sidewalks, roadways, parking lots and grounds including on-campus housing.

The policy also includes all university-owned, leased or rented vehicles.

Students appear to be reacting positively to the ban thus far, even declaring their support.

“As a non-smoker I think it’s a great idea,” said CSUN student Ariel Hale. “I never really minded walking past people who were smoking but when it came to class time and you could smell the lingering tobacco smoke, that’s what got me.”

CSUN student Jessica Boyer, who also agrees with the ban is curious to see how other students will conform or go against the new restriction.

“There’s all of these studies that show how hazardous smoking or just being around smoke is to your health,” Boyer said. “I know that I have some friends who are probably going to be disappointed with the new restriction but it sounds like it’s going to be a positive move over all.”

Campus officials have taken the education first approach to enforcing the new policy. If students don’t comply there will be reminders from staff and lastly enforcement through police services, according to CSUN Chief of Police, Anne P. Galvin.

In addition to peers and campus staff enforcing the policy, there will be outreach and awareness efforts from the Klotz Student Health Center.

“There will be ‘Clear the Air Advocates’ and they will be giving resources for support and education,” said Sharon Aronoff, a health educator at the Klotz Student Health Center.

Taking into account that the change could be tough on some members of the CSUN community, the student health center has provided a list of resources which aim to educate students on how they can quit and provide support for users.

By starting with education and reminding students about the policy, campus officials hope that law enforcement can stay at a distance.

“I think it is a great thing and I fully support it,” Galvin said. “I like the way we approached it with education first and foremost, and the notion of clean air and health and well-being in contrast to ‘you better not smoke or else.’ Police should be very definitely, the last resort.

According to Chief Galvin, there is a citation process if a defiant person has no interest in following the new guidelines and if they have been issued multiple warnings.

“The police would only come into play if someone were so defiant that they were standing somewhere on campus and smoking, totally ignoring everyone’s admonition,” Galvin said. “We don’t want to make it easy to get a citation.”

Campus officials also want to encourage students to participate in educating and informing others about the new policy but not to engage in enforcement.

Using common sense when approaching those who are smoking on campus is also encouraged, officials urge students to be understanding and try to educate users and not offer more than just support. Any violations should be reported to the Department of Police Services at (818) 677- 2111.

“I would just say, hopefully everyone is aware and that people will respect what the campus is doing, and we need people to understand they need to comply,” Galvin said.