Men’s Basketball: Investigation yet to produce a resolution 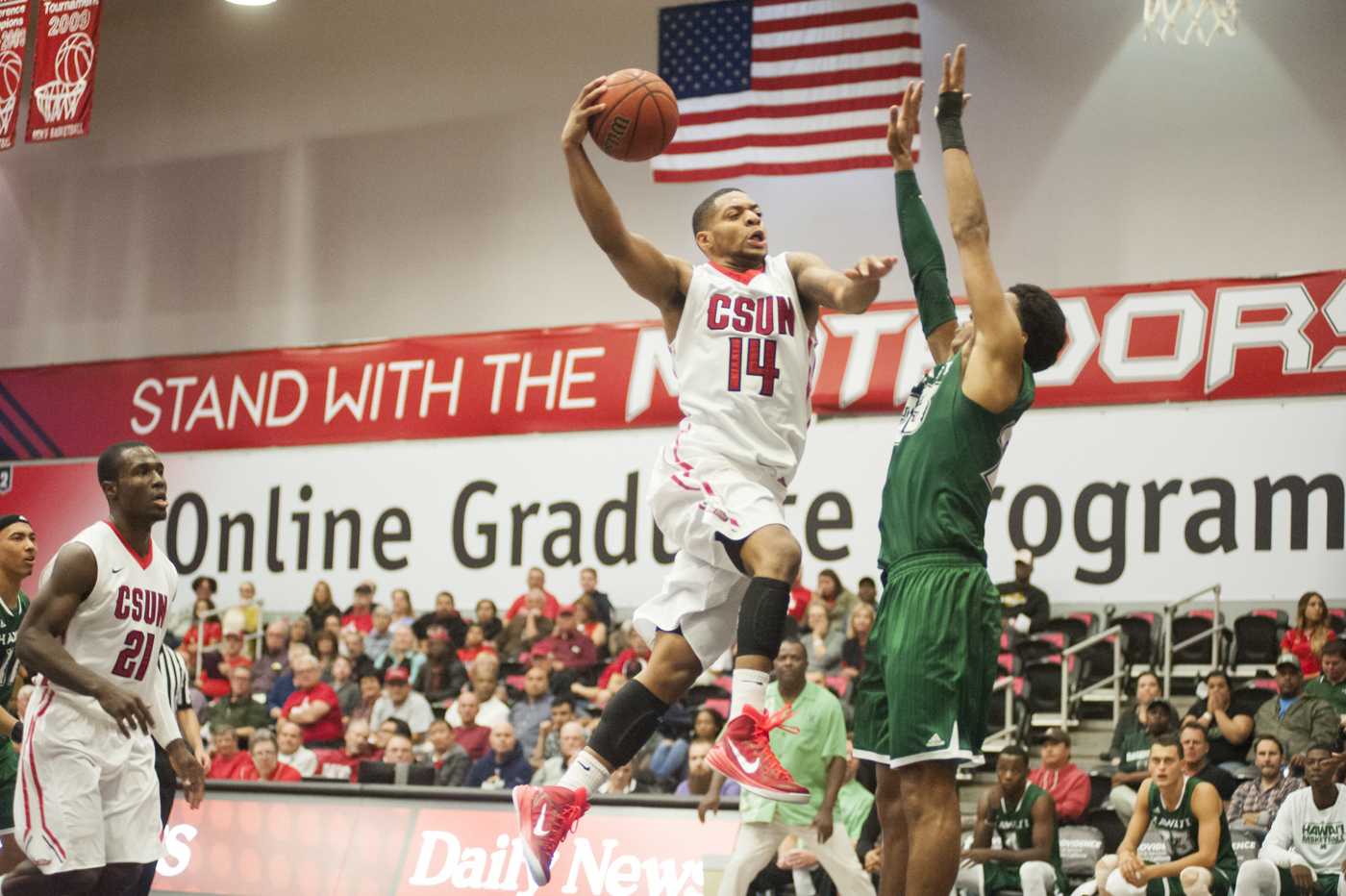 With so much change within the men's basketball program, CSUN continues to move forward in the dark because of the ongoing investigation. Photo credit: File Photo/The Sundial

With an ongoing investigation still looming over the Matadors men’s basketball program, they look to move forward from the issue.

In what was a tumultuous season for the CSUN men’s basketball team last season, the offseason has been the antithesis of that despite the ongoing investigation that left the team with a depleted roster practically all season long.

Nine months after CSUN announced an internal investigation of the men’s basketball program regarding a possible violation of NCAA and university policy, the school is now revealing details of the investigation.

CSUN issued a statement that said, “CSUN President Dianne Harrison and Athletic Director Brandon Martin are committed to comprehensive excellence within our athletics program, which is why immediately upon hearing of possible violations of men’s basketball team rules and University policies, CSUN engaged an independent investigator to conduct a thorough review. The university has received the detailed investigation report and is in the process of taking all appropriate actions, including all proper notifications related to the findings.”

What is most important now is to know what actually happened to warrant the investigation that caused seven players—Michael Warren, Tavrion Dawson, Zacarry Douglas, Jerron Wilbut, Jibreel Faulkner, Kevin Johnson and Miles Nolen-Webb—to sit out almost the entire season. It should also be noted that Nolan-Webb and fellow freshman guards Taelin Webb and Ajon Efferson all transferred after the season. What remains is if the players who sat out will actually be eligible to play this season now that CSUN is in the next phase of the investigation.

“As far as I know, It’s an ongoing investigation so we can’t really talk about it but as far as I know, everything is moving in the right direction,” CSUN men’s basketball coach Reggie Theus said, when asked about the eligibility of the players who sat out last season. “I’m just very pleased with the kids that have gone through the stuff from last year that they’re very eager and very hungry and that they’re very positive-minded.”

“We hope that that situation is behind us,” Theus said about the investigation. “We’ve got a young team for next year. We have a very talented team but young and with the older guys sitting out waiting to play next year, the future of CSUN basketball is right there.”

The university’s statement ended with the following, “The privacy laws affecting college students prevent the release of information related to the individuals involved, but be assured that the university is rapidly taking all appropriate steps to resolve any related issues and move forward.”

When the self-imposed investigation took place and attrition set in from the lack of a bench, recent alumnus and former forward Stephen Maxwell was on of the players who on multiple occasions, played almost the entirety of games due to a rotation of seven or eight players on a good night.

“It was probably the most adversity I have ever experienced playing with a team but it was a blessing in disguise because it made the team realize how important it is to give maximum effort on the court for all 40 minutes of the game,” Maxwell said. “I believe playing with a short bench made the team, including myself, more mentally tough.”

Despite the team losing himself, forward Devonte Elliott, and men’s program all-time leading scorer Stephan Hicks to graduation, Maxwell had keen insight on the team’s future.

“The team certainly has a lot of potential and believably all of the pieces needed to win a championship,” Maxwell said. “Discipline and patience are going to be the qualities that get the team over the edge. Aaron Parks, Landon Drew, and Tre Hale-Edmerson are going to be very critical to the team’s success this season.”

Drew battled some injuries during the season which opened the door for players like Webb and Parks to add different dimensions to the offense.

“Landon Drew needs to be the general of the team making sure that everyone is on the same page in terms of the game plan at all times,” Maxwell said.

Hale-Edmerson was a constant force in the paint with Elliott last season.

“Hale-Edmerson can do a lot of different things but his shot-blocking is what the team will need the most,” Maxwell said of the senior front court player.

Maxwell also recognized that Parks most notably helped salvaged the teams spot in the Big West Conference Tournament with career-high 29 points on senior night in a 83-76 win against University of California, Riverside.

“Aaron Parks is an aggressive scorer who can also be a great playmaker at times,” he said.

Though there is a lot to look forward to for the Matadors, only time will tell with how the team’s leaders will play once the season starts. But with investigation in its next phase, everyone will have to take a wait and see approach until the investigation is over.