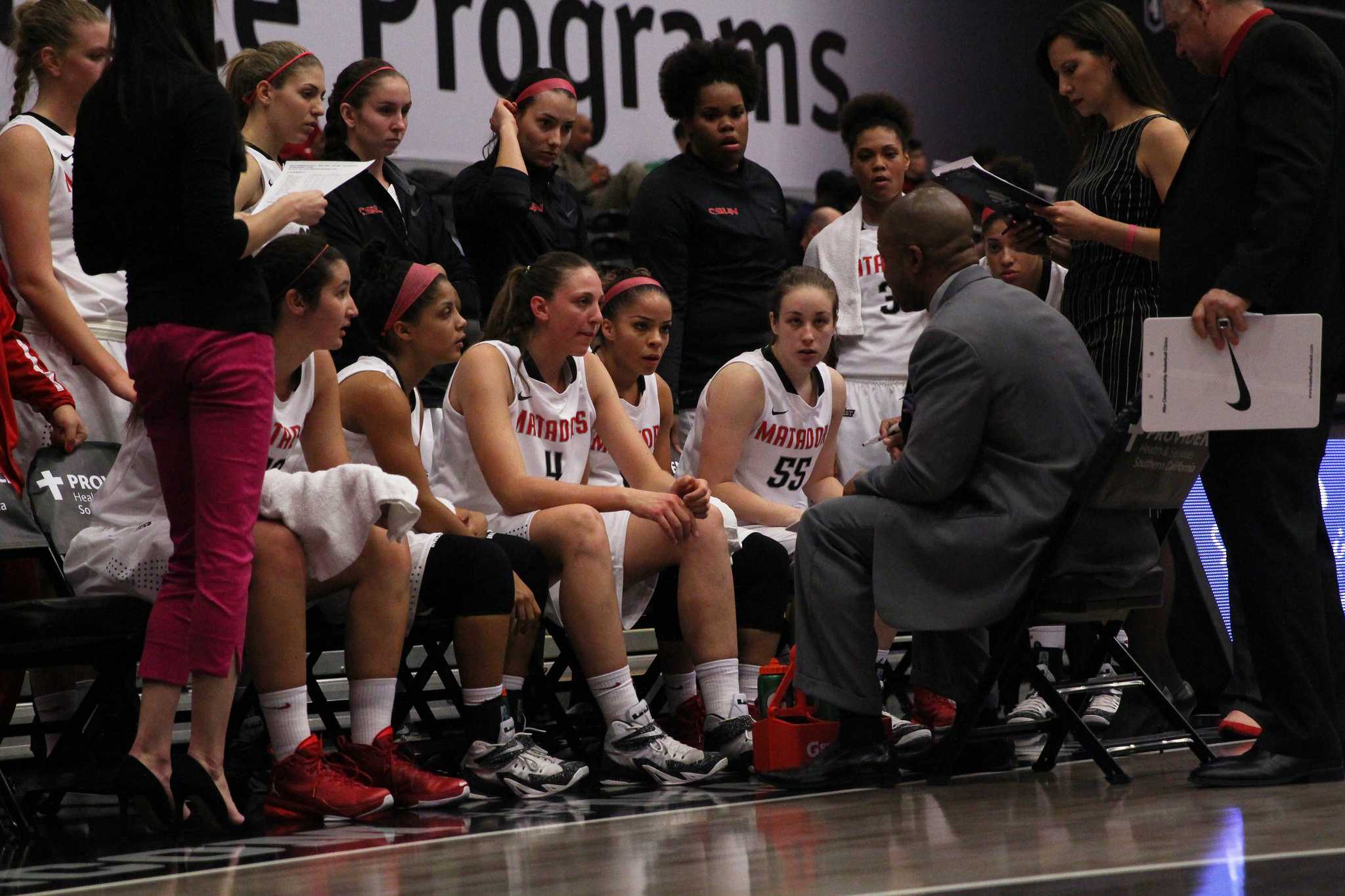 Although the men's and women's basketball programs are going through significant changes, they face tough challenges in their non-conference games this season. Photo credit: File Photo/The Sundial

The CSUN men’s and women’s basketball programs now know who they will face outside of conference play this season.

The Matadors will begin the season in an exhibition against California State University, Los Angeles on Nov. 5 at the Matadome, but they will officially start their season on Nov. 13 against Northern Illinois in the first of three games in the Northern Illinois Showcase.

As for the women’s team, they will also start the season with an exhibition game, as they will square off against The Master’s College on Nov. 6. Their season officially begins against Saint Mary’s College in the Matadome on Nov. 13.

Outside of the season opener, the men’s program opens at home against Vanguard on Nov. 18.

However, the men’s non-conference schedule is highlighted by traditional Los Angeles-area powers USC and UCLA, which lines up with men’s basketball head coach Reggie Theus’ goal to be a force in Los Angeles basketball.

For the women’s team, they will face “power conference” schools such as Penn State and Georgia/BYU in the Radisson Chatsworth Basketball Tournament in late November.

“This year’s schedule is as challenging as any schedule we’ve had,”CSUN women’s basketball head coach Jason Flowers said in a statement. “Highlighted by the Radisson Chatsworth Thanksgiving Basketball Tournament. Having BYU, Penn State and Georgia in our tournament is great for the women’s basketball community in Los Angeles and the San Fernando Valley.”

In addition to the Radisson Chatsworth Basketball Tournament, the women’s team will face off against Pac-12 foes Utah, Arizona State and California.

Overall, the non-conference schedules reflect the basketball programs’ intent on increasing the level of competition.

“I’m very excited about our schedule this season,” said Theus in a statement. “We have a competitive non-conference schedule, highlighted by the very competitive Northern Illinois Showcase, and we also play rivalry games against Pepperdine, Loyola Marymount, USC and UCLA. Along with upgrading our talent on the team, upgrading the schedule locally is really important in terms of how we make our mark here in LA. I’m excited about competing against other Southern California Division I programs.”

Read the full non-conference schedule for the men’s and women’s programs below: