You apparently can feel well at the Oasis Wellness Center 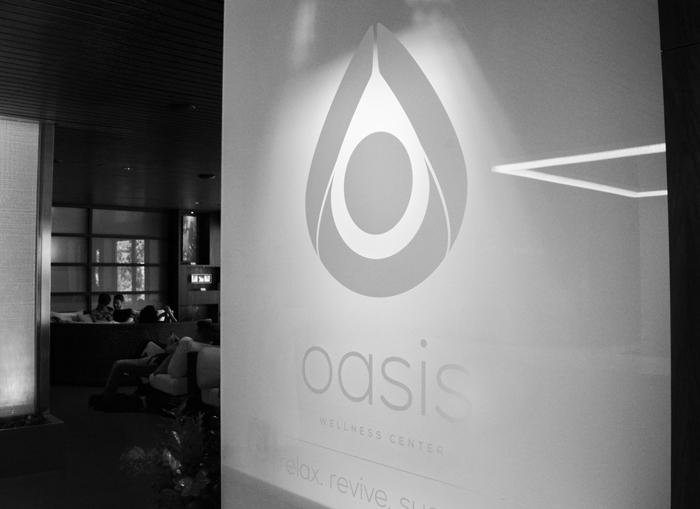 Though not all programs and sessions have been made active, the Oasis Wellness Center delivers some promise for over-stressed students. {Raul Martinez/ The Sundial)

When I first heard about the new Oasis Wellness Center located in the University Student Union, I immediately asked myself, “is that building really necessary?” However, after my first visit, I walked out with a complete change of heart.

The center feels like a safe haven, inside a university, that can at times feel a bit claustrophobic. Upon entering the building, it was a bit hectic due to the fact that it was only the first day students were allowed inside, but the welcoming staff made up for that minor hiccup.

The calming atmosphere inside is set by a soundtrack of string instruments that serenades the visitors as they relax in the dimly lit lounge or wait as they set up their appointments.

Students are only allowed to make appointments to use the new sleeping nap pods because appointments for massages and acupuncture cannot be made until Sept. 8 for $30 for one hour. I was disappointed at first, but I found out that I was able use the nap pods for free, so I was excited once again.

These nap pods are located in a room behind the front desk and students can only use them for 20 minutes, so don’t get too comfortable.

When I first saw the nap pods, they reminded of me time travel machines or the hair dryers one would find at a beauty salon. The comfortable seats recline as one of the friendly staff members covers your view of the room with what resembles an extremely large helmet so no one can disrupt the short nap.

The seat began to vibrate once the timer was set. It was a bit distracting, but what I loved about the pod was that on the right arm rest there is a tiny control panel that allowed me to adjust or turn off the vibration.

Along with the vibration feature, the pod plays ocean sounds in an attempt to put you at ease. I was glad I was able to control the sounds as well because they were more distracting than the vibration. I had just enough time to unwind before my time was up. The pod gently lowered me down as the music grew louder and began to vibrate again. These gentle tactics are used so the staff members won’t have to go slap a visitor’s foot in order to provide a wakeup call.

The Oasis Wellness Center also provides students with yoga and meditation programs along stress relief and aroma therapy, which are ideal services for any students wanting to save themselves from pulling out their hair during finals week.

The outside patio and various gardens were favorites of mine because the inside of the center did feel a little cramped, so it was great to experience tranquil environments without being indoors, especially in the dreadful heat.

All of the services and programs within the center were funded through USU cash reserves and the budget is ultimately approved by the USU Board of Directors. Although I did not agree with the project at first (I felt like the money funded should have been allocated to other programs within the university), some students believed that the presence of the Oasis Wellness Center was long overdue.

I met with Daisy Gonzalez, a sophomore Communication Disorders major, who said that “It’s a totally different vibe from the SRC which can be dramatic sometimes. It’s a good place to go when I just want to murder my finals.”

The sleeping nap pods also seemed to be a huge hit with not only me, but with other students as well.

“They’re exciting.” I heard this from Christadel Tan, a sophomore and Public Health major, who also said, “It gives you your own space, which I love. It’s almost like your own oasis.”

Even though I was reluctant to visit it, I must admit that the Oasis Wellness Center is definitely worth a visit if anyone just wants to escape the harsh and stressful reality that schools provide to students.