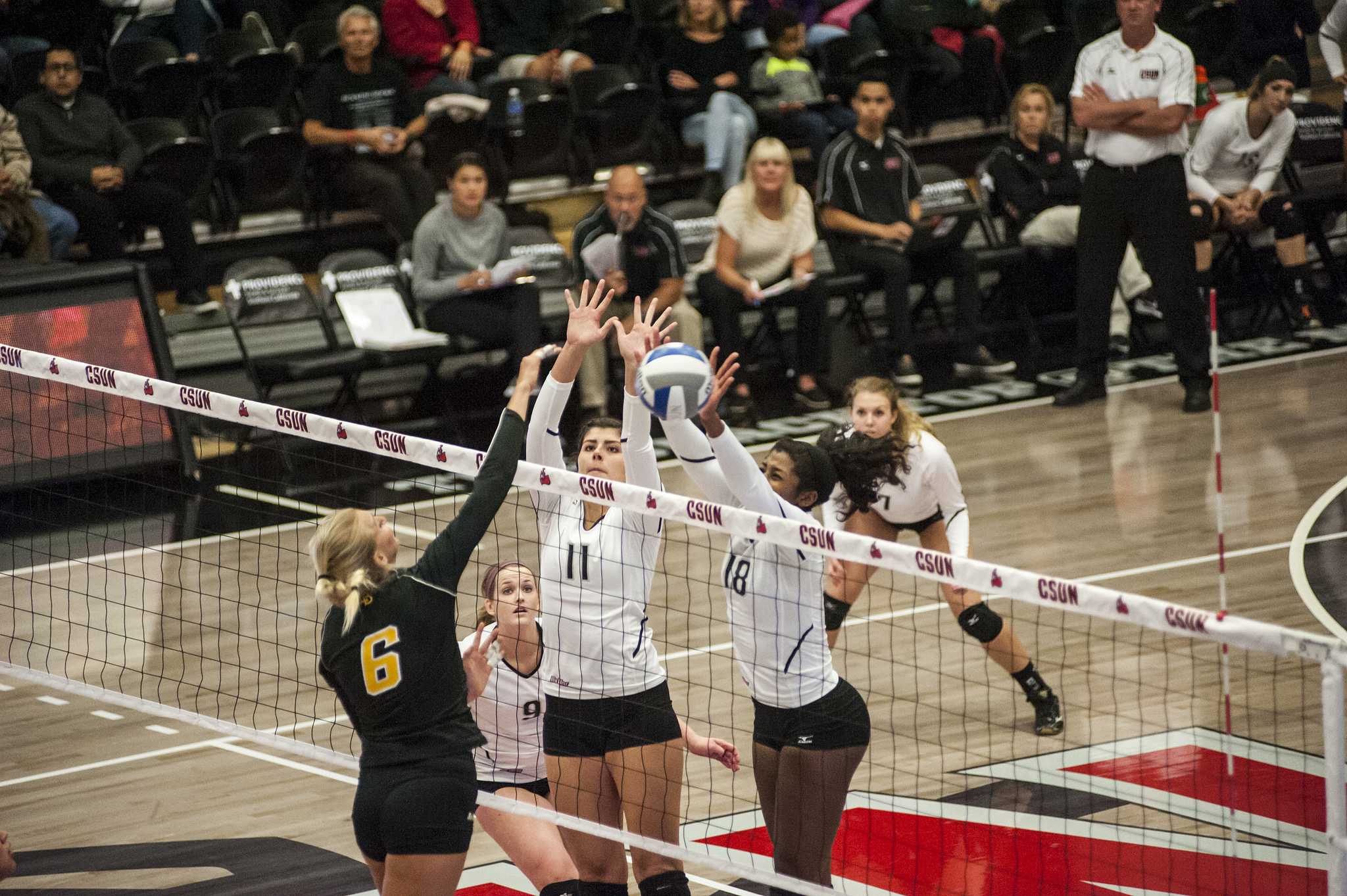 The Matadors could not start the season on a strong note, losing to Lipscomb University in five sets. Photo credit: File Photo/The Sundial

To kick off their season, CSUN’s Women’s Volleyball team travelled to Salt Lake City, Utah to compete in the Utah Classic, and fell to Lipscomb University in a closely contested matchup.

Katie Sato led with three service aces and 17 digs, outside/ opposite hitter Nada Dragovic had 16 digs and junior outside hitter Julie Haake added 10 digs for CSUN. Haake also added four blocks, eight kills and one service ace for the Matadors.

Set two started similar to the first, but this time it was because of a block from sophomore middle back Rachel Diaz and Haake. The Bisons quickly answered back with a kill, gave up a point to a service error then allowed a four point Matador run making the score 5-2. After several ties within the set, a 24-23 kill from Lipscomb took away game point from the Matadors and tied the set. A Bison service error put CSUN back on top, but a ball handling error by Conati gave Lipscomb a point, tying the game at 25. A kill from Stinson followed by a service ace from Dragovic won the set for the Matadors .

Unlike both the first and second sets, the third started with CSUN on bottom. A Bison service error got the Matadors on the board, and at 7-7 CSUN took the lead back with a kill from Owens. From that point, there were only three more tie scores, the last being at 10-10. The Matadors took a four point run at 13-11, which provided a steady lead they did not give up.

A Bison attack error and service ace from Sato led off the fourth set for the Matadors. CSUN and Lipscomb volleyed the score back and forth with seven tie scores before the Bisons pulled ahead at 15-14. Lipscomb consistently took two and three point runs providing them at least a two point lead for the remainder of the match.

In the final set, there were only three tie scores, with the Matadors falling behind early. Succumbing to a first-point kill, CSUN answered with one, but were then struck by another from the Bisons. At 4-4, Lipscomb made a five-point run, making the score 4-9. With a five point lead the Bisons continued on, allowing CSUN to gain a few points but another three point run at 8-10 left CSUN struggling to hang on. A kill from Owens brought the score to 9-13, but a Bison kill, followed by a service ace, gave Lipscomb the final set and match victory.

The Matadors continue the Utah Classic in Salt Lake City Saturday, August 29 playing both at 9:00 a.m. against Utah and 4:00 p.m. against Idaho State.