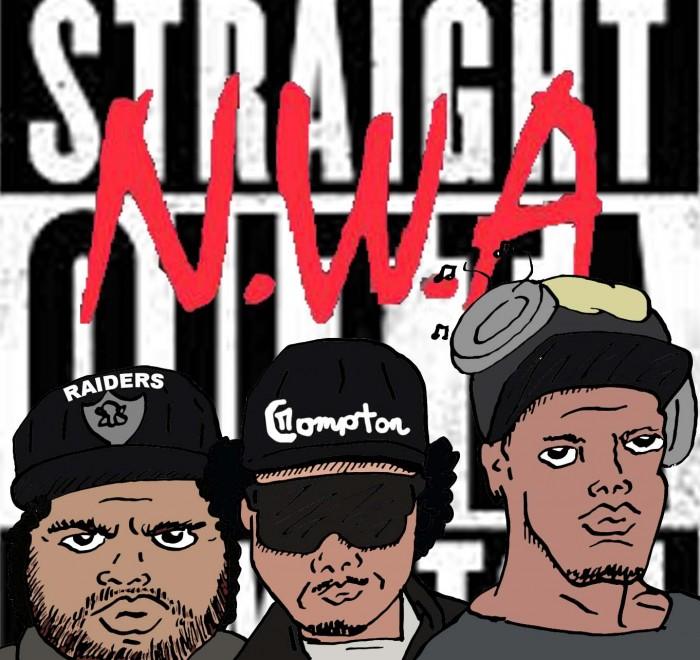 The movie “Straight Outta Compton” is a biopic based on the rise of the rap group N.W.A.

The opening scene sets the tone for the rest of the film.The intensity begins quickly with Eazy-E walking into a “dope house,” which is a place where drugs are distributed. During his visit, the LAPD SWAT team quickly moved in and performed a raid.

“I had no idea about the amount of struggles the members went through. I have gained a deeper appreciation for them (through the) movie,” said Lorena Chavez, a junior at CSUN.

Success would come once the group members established their roles within N.W.A. Ice Cube was the lyricist, Dr. Dre was the producer and Eazy-E handled business deals. The success of N.W.A. began with Eazy-E stepping onto the stage for the first time, blowing away the audience in the process with his impressive rapping skills. It was after this performance that music manager Jerry Heller approached him and became their manager.

Soon after Heller took N.W.A. under his wing they began performing in various places. Their music was made up of powerful lyrics that depicted a violence-ridden lifestyle, various sexual escapades and strong police hatred.

“Their music was popular during the time of the Rodney King riots and many found comfort in the content of their lyrics to feed their angry feelings toward police,” said Glen Garrett, a CSUN professor for the music department.

The 1992 Rodney King riots occurred following public anger towards the police, who had severely beaten Rodney King after he was speeding on the road. This was one of the first instances of racial profiling being captured on videotape and many were outraged.

“Many eyes were opened due to the Rodney King riots. Mine sure were and the awareness quickly grew, as well as the anger toward many police officers,” said James Elias, a sociology professor at CSUN.

N.W.A. learned about the struggles of being in business and discovered that Heller was keeping some of their earned money and they parted ways after building the courage to let him go. They found it difficult because he was a big part of their success.

The movie ends on a difficult note for the group when one of its members, Eazy-E, contracts AIDS and passes away.

“Straight Outta Compton” had the biggest opening weekend for the month of August for an R-rated movie with $60.2.

“I thought that the photos were a major part of advertising. Social media was blowing up with those photos. They were entertaining to look at and made me want to go see the movie,” said Esteban Vasquez, a junior at CSUN.

Advertising for the movie included a photo that went viral that read “Straight Outta” and users were then to fill out where they were from. The images ranged from people posting photos of their hometown to funny photos of running out of toilet paper and the photo read “Straight Outta Toilet Paper.”

My rating for “Straight Outta Compton” is 4 out of 5 stars.