The emergence of coding in English classes at CSUN 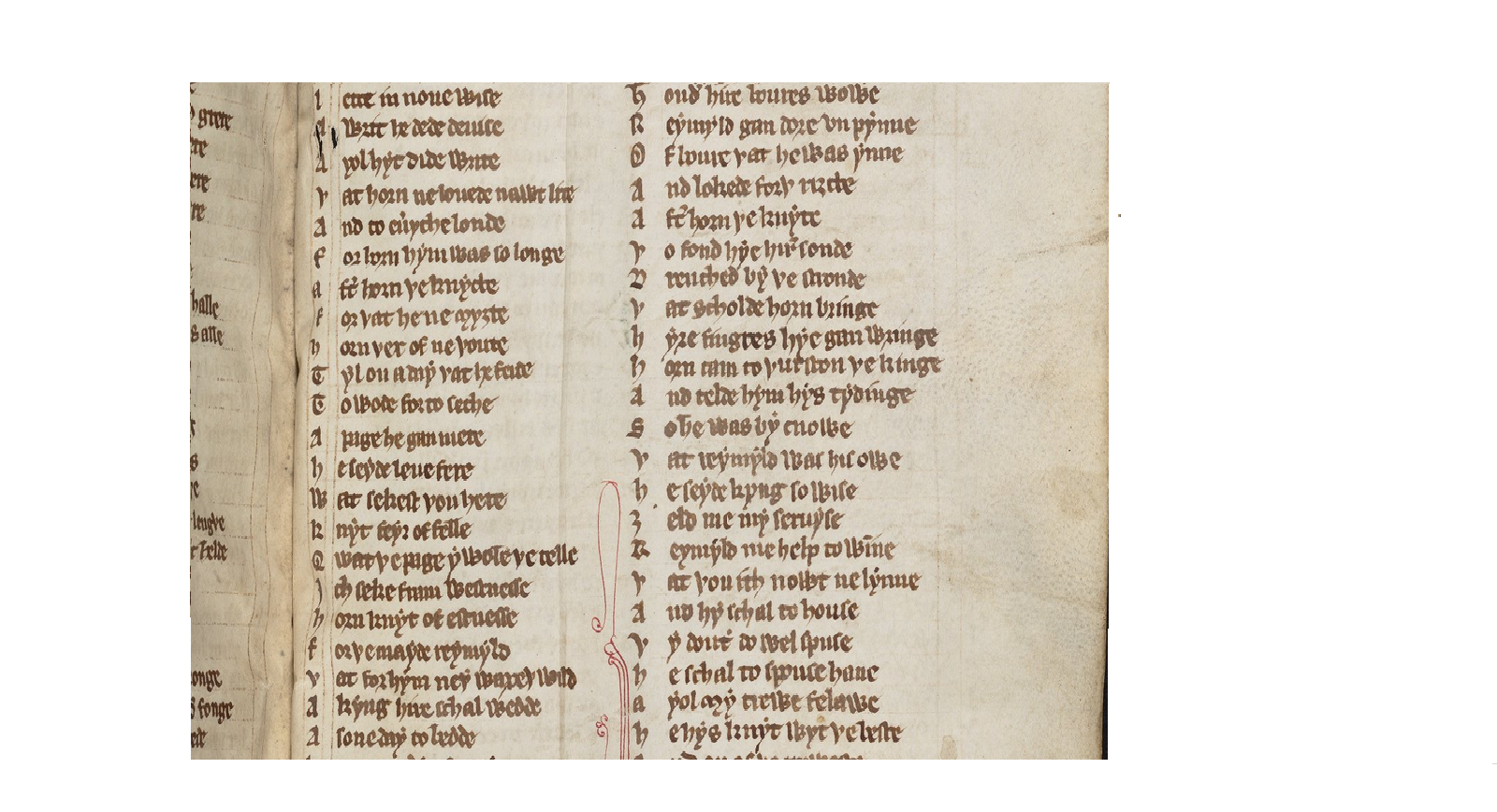 Medieval English texts like this are now easier to analyze thanks to CSUN English Professor Scott Kleinman's software program Lykos, which he created himself. Kleinman believes learning digital skills like coding gives students an edge in the workplace. Photo credit: Pilar De Haro

Students in CSUN Professor Scott Kleinman’s digital humanities class use these preserved files to interpret classical literature into trends. But these English majors are taking it a step further and encoding the text into Extensible Markup Language, a computer programming language commonly known as XML.

Through classes like “digital humanities,” computer language skills are being integrated into humanities and other non-technological fields at CSUN.

Kleinman recently received a $60,000 grant from the National Endowment for the Humanities to further develop Lexos, an open analytical software tool that interprets languages like Old Medieval English.

Medieval English is a non-standard language that is harder for a computer to accept because of its multiple meanings and handwritten wording, which is where Lexos comes in.

During a demonstration in his office, Kleinman uploaded a passage from the classic novel “Frankenstein,” into Lexos and explained that the text must be converted into lowercase and any punctuation marks removed in order for the software to read it.

Then, he divides the passage into 10 sections and, using the program, finds the passages most similar in word count and usage. The text analysis allows segments of words to be clustered together to be analyzed.

“In the first time in history, we are able to think about reading 30,000 novels, [something] which no human can do, but a machine can,” said Kleinman. “This new technique is called distant reading.”

Alex Cana, a 19-year-old accounting major and computer science minor, realized his interest in technology early in his high school career and joined his school’s Information Technology group where he created tutorial videos and basic websites for the school’s staff.

Cana said that the use of technology in non-technical fields is growing.

“In some fields,” Cana said, “you will need to work with the latest technology and have to learn about website production, managing databases and writing code in some cases.”

Bringing the knowledge of computer science skills to other fields can create a better understanding of different disciplines.

Chayna Dudley, 19, computer science major, said “I once came across a quote that said, ‘science, technology, engineering and math are the groups that create the future for the nation.'”

“Some people want to create the future, some want to sustain it, and some want to bring culture to it,” Dudley said. “I respect all fields out there, but I think it’s super important to integrate STEM with humanities…to have a much broader understanding of the world.”

The number of computer science majors is abundant when compared to English and humanities majors.

According to the office of Institutional research at CSUN, in the Fall of 2014 there were 979 computer science majors but only 634 English majors and 12 humanities majors.

The jump from a non-technological background like humanities to coding can be intimidating for some students, but the result can be rewarding.

“I learn what I have to,” said Kleinman, who learned the coding language Python in two weeks.

Most recently, he worked as a developer for the online search tool Serendip-o-matic as part of the One Week | One Tool project, which prepared him for creating Lexos.

Kleinman said learning how to code opens up more opportunities for students in the humanities field.

“Graduate students are given more opportunity to research in the humanities, and, in general, students become more familiar with skills that will be in demand in the workplace,” Kleinman said.

According to a 2015-2016 college salary report by PayScale, an annual report that compares salaries, showed that computer science graduates make about $69,000 compared to about $40,000 that humanities graduates usually make.