Women’s Volleyball: The Matadors fail to find any rhythm in final two matches of the Utah Classic 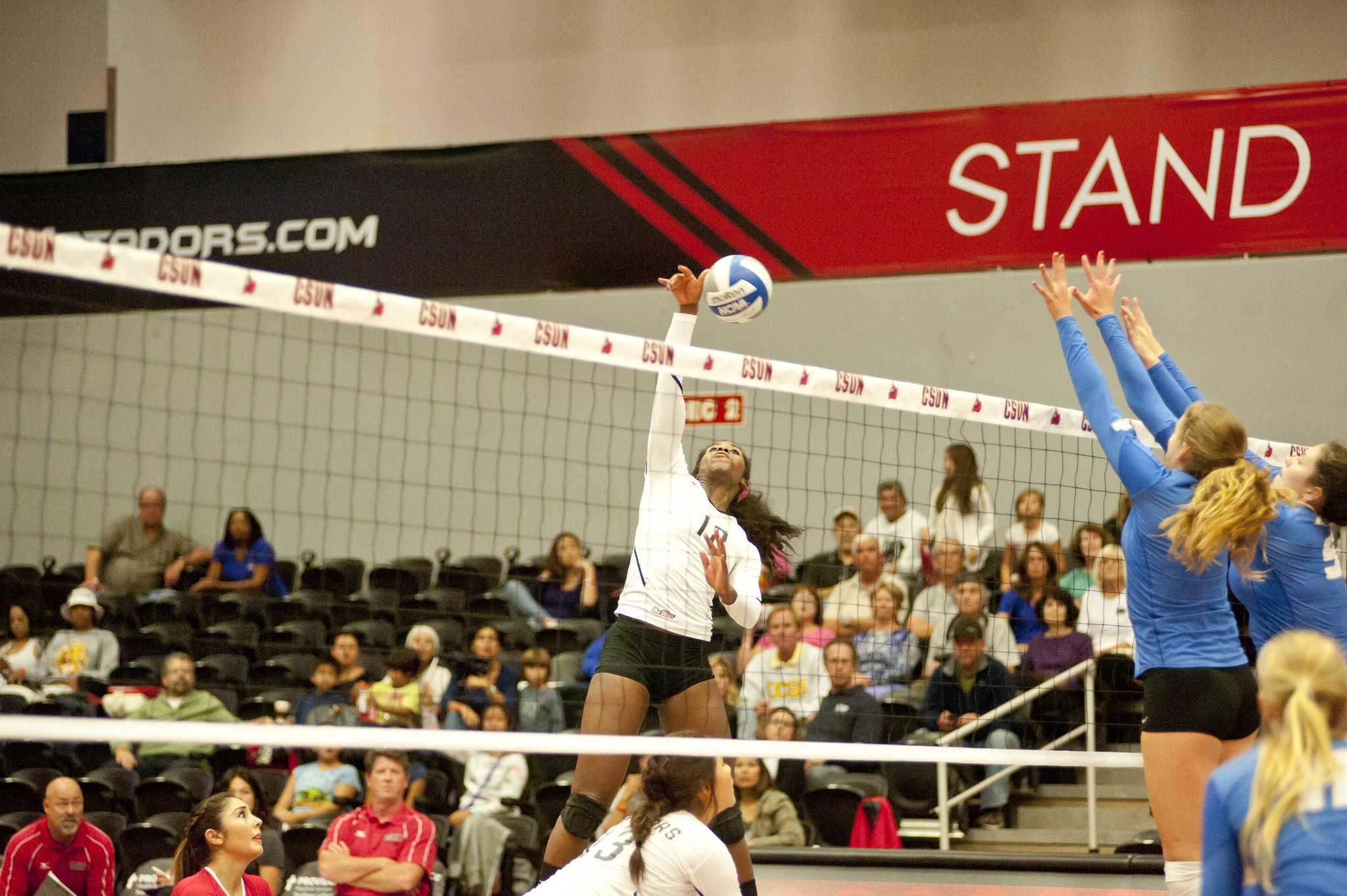 The Matadors could not muster any momentum as they were swept in the final two matches of the Utah Classic. Photo credit: File Photo/The Sundial

The Matadors dropped their second match of the season and at the Utah Classic, Saturday morning to the Utah Utes. The 23rd-ranked Utes swept the Matadors 25-20, 25-18, 25-8 at the Huntsman Center.

The Utes went on a four point run to start off the first set, but at 8-9 the Matadors were able to tie the score with a kill from Stinson. CSUN and Utah then volleyed the lead, tying three times before the final at 19-19. The Utes then went on a four-point run to take the lead 19-23. CSUN took one back with a kill from Stinson and then Utah took their final two points to end the set. Hitting .256 as a team, CSUN out hit the Utes and (.244), had more kills (15 to 13), but had more errors (5-3) and two fewer assists (39-41), which eventually cost them.

Set two began the same as the first, with a three point run from the Utes. Utah’s runs continued stretching the score to 3-10. CSUN did come within one at 14-15, but never any closer, as the Matadors were out hit .179 to .389.

Starting off on top, Idaho scored first in set one and were able to a maintain that lead throughout the match. Even with three separate ties, the Matadors were unable to take lead. Several small two and three point runs kept the Bengals on top and allowed them to take the set. Hitting .308, the Matadors were still shy of the Bengals’ .471.

In the second set, CSUN took the lead early with a first-point kill from sophomore sette Lauren Conati. The Matadors were able to maintain their lead until 7-7 when a Bengal kill turned the tides. From here there were four more tie scores until Idaho went on a two point run at 12-12, giving them a two point lead. This small lead allowed the Bengals to stay ahead and take the set. Hitting .167 the Matadors were trumped by Idaho’s .317.

The match finale had just three tie scores, but still left the Matadors continuously behind the Bengals. As in the first set, CSUN started behind in the set succumbing to a first-point kill from Idaho. The Bengals never went on more than a four point run throughout the match (doing so at 7-8). The farthest lead Idaho took on CSUN was six points at 17-23, prompting a three point run to make the score 20-23. A Bengal kill and service ace then ended the set and match. Both teams hit their lowest of all three sets, but the Matadors were still outhit .083 to .211.

The Matadors continue their preseason play Friday Sep. 4 at 3:30 p.m. against Florida A&M in Tuscon, AZ.