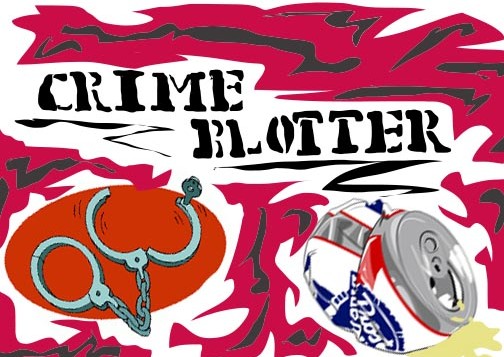 Counterfeit United States money was used at the Mercantile Exchange at the University Student Union on Monday at an unknown time.

The suspect has yet to be identified and the investigation is ongoing.

A CSUN officer made an arrest after discovering an unauthorized disabled placard at 10:04 p.m. in the B3 parking structure.

The suspect was later cited and released, according to the CSUN crime log archive.

A fire alarm went off in the University Park Apartments on Wednesday afternoon. According to the CSUN crime log archive, at 12:38 p.m. an unknown suspect activated the fire alarm by pulling a pull station alarm. There was no fire and the system was reset. The incident is still under investigation.

A car was burglarized in the G3 parking structure, resulting in the loss of a woman’s laptop.

The laptop was located on the front seat of the secured vehicle, and there was no sign of forced entry. The incident occurred between the hours of 2 p.m. and 7 p.m. and is still under investigation.

A hit-and-run crash in parking structure G3 occurred between the hours of 2 p.m. and 7 p.m.

A driver collided into the front bumper and passenger door of the victim’s vehicle and then fled in an unknown direction, according to the CSUN crime archive.

CSUN officers made an arrest for driving without a license and proof of insurance near Lassen Street and Reseda Boulevard.

The officer later released the suspect at the scene with a notice to appear, according to the CSUN crime archive.

A total of 12 students were referred for disciplinary action after violating drug laws at the University Park Apartments on Thursday night, according to the CSUN crime log archive.

The first violation occurred at approximately 10:15 p.m. in UPA 11 and involved two residents.

Two of the incidents occurred at the UPA 13 between 10:50 p.m. and 11:20 p.m., and left eight students with disciplinary referrals for drug law violations.

The last incident of the night occurred around 11:30 p.m. and involved two students.