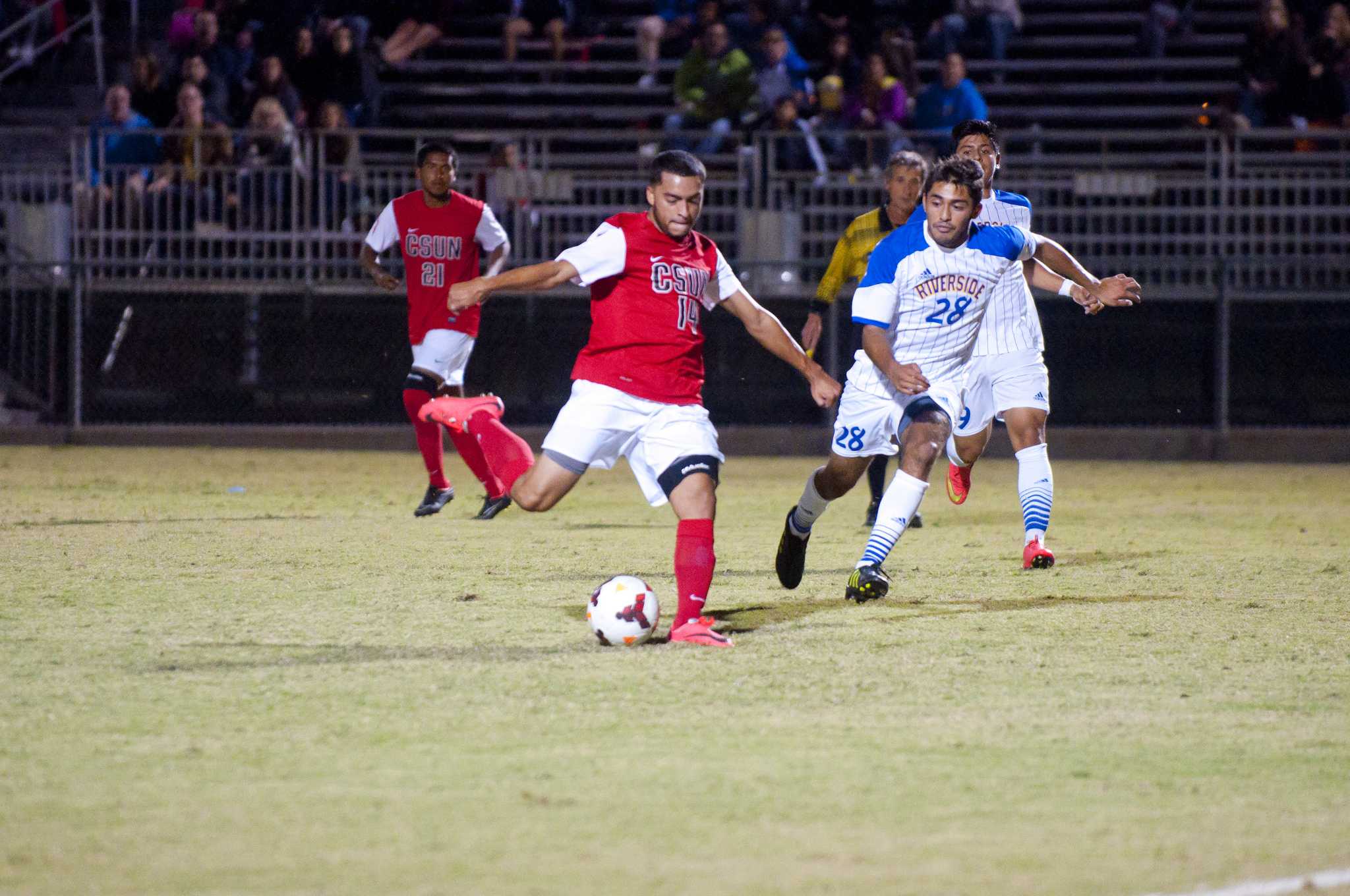 After a sluggish second half, the Matadors were much more aggressive on the offensive end and edged out Loyola-Chicago 2-1. Photo credit: File Photo/The Sundial

The CSUN men’s soccer team started the season with a comeback performance by winning 2-1, against Loyola University Chicago Ramblers on Sunday night.

The game started off with both teams going back and forth for the first couple of minutes. Both teams looked to establish their style of play as the Matadors played physical while the Ramblers were the more aggressive team as they got the first couple of shots of the game.

Once the Ramblers took control of the first half, they were able to score quickly. Loyola’s returning senior Sam Vinson was able to give them the early lead after a scramble off a rebound that ended up right at his feet for an easy goal at the seven-minute mark.

CSUN still felt pressure on the defensive side as Loyola kept attacking and maintaining possession for the majority of the first half. The Matadors didn’t get their first shot off until the 11-minute mark when CSUN junior Pol Schonhofer Bartra had his shot blocked.

Although they started the game slow, the Matadors ended the first half on a stronger note as they began to attack more and took as many shots as the Ramblers with 4.

However, at the start of the second half, it was as both teams switched roles. As soon as the ball was in play the Matadors were the aggressors and constantly putting the Ramblers on their heels.

Nine minutes into the second half, CSUN sophomore forward Steven Manios shot the ball into the right side of the net after being assisted by CSUN senior goalkeeper Adam Hobbs and senior defender Trevor Morley.

Momentum was on the Matadors side after the first goal and every bounce seemed to go their way. CSUN seemed to get every loose ball, which had Loyola head coach Neil Jones screaming at his players to match the same energy.

The game would go on to get physical as the both teams were trying to gain the lead. The Matadors were called for 13 fouls and the Ramblers 12, including three yellow cards given to Loyola and two for the Matadors.

The second half continued to favor CSUN as they missed an opportunity to take the lead when CSUN sophomore midfielder Shane Steffes’ shot hit the right post.

But at the 72nd minute, Steffes made the most of his opportunity when a scramble in front of the net occurred and he was able to punch it in and put the game away.

“We knew if we just kept playing the way we were going to play, it was bound to happened,” said Steffes. “It means a lot, especially the first real game getting a win.”

The Ramblers would make a final rally in the last 10 minutes but would not able to tie the game as CSUN’s defense stood their ground.

The Matadors showed a lot of grit, as they weren’t able to set a rhythm in the first half but were able to regroup and finish stronger than they started.

“Anyone can deliver a punch but can you take one and get back after you get hit?” said CSUN head coach Terry Davila. “It showed we can get back up, we showed a lot of resilience and character and these are things that start developing a team.”

The Matadors will look to continue to build on their success when they visit the Creighton Blue jays on Friday at 5:30 p.m.