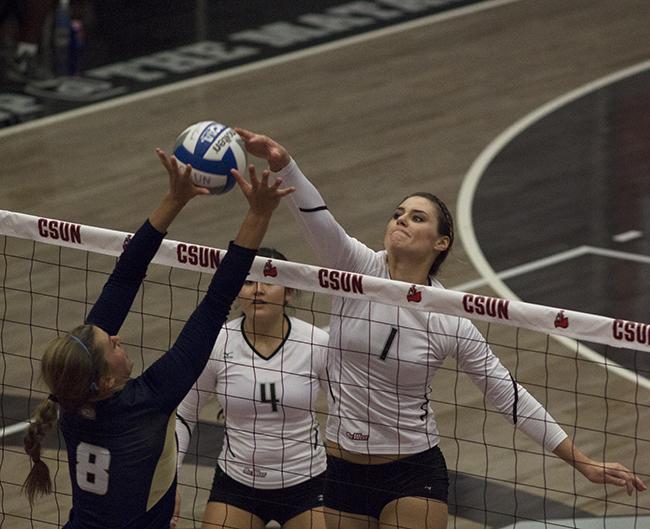 Senior Casey Hinger heads to the net with UC Davis' Katie Quinn to win the ball in Friday night's game. 18 of their 19 wins in the 2014 season were vacated. Photo credit: File Photo/The Sundial

Big West and NCAA enforcement found CSUN used one athlete who was ineligible to play during that season.

The violation was confirmed by Amy Millstone, the associate athletic director of strategic communication for CSUN. Millstone said the team became aware of the violation last season but did not name the ineligible athlete.

The vacated wins include nine conference victories and nine non-conference wins as well.

The team will not face any further punishment according to Millstone.