Men’s Soccer: Matadors fall short of the upset against no. 3 Creighton 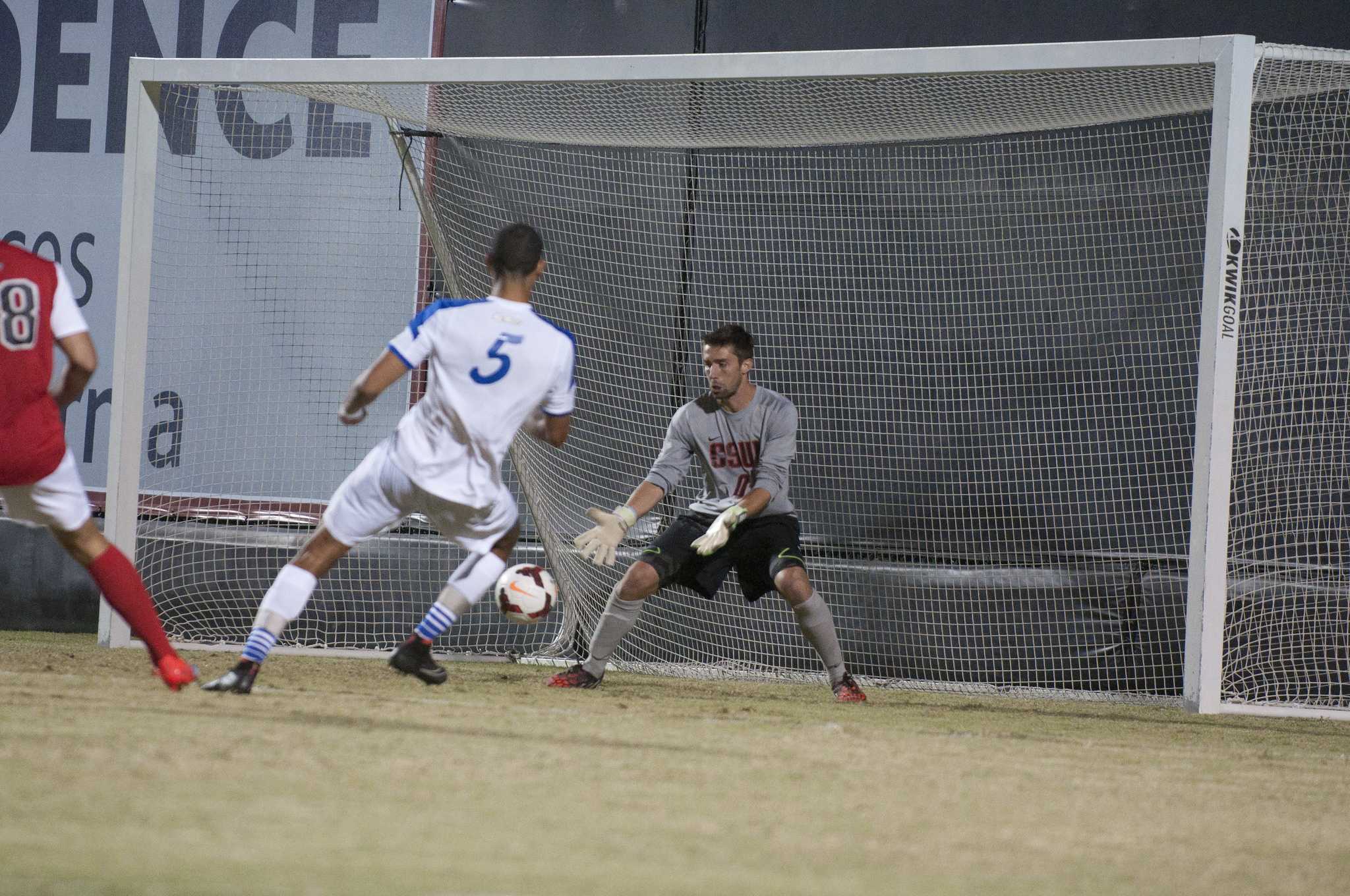 The Matadors could not sustain any momentum on the road as they lost to the no. 3 nationally ranked Creighton Blue Jays 1-2.

Early on, things looked bright for the Matadors, as sophomore forward Steven Manios found the back of the net in the second minute.

Despite immediately scoring a goal, the Matadors were the ones on their heels for the majority of the first half.

Following Manios’ goal, Creighton got off four quality shots in the next 13 minutes, including three which needed to be saved by senior goalkeeper Adam Hobbs.

On the other side of the field, CSUN could not replicate their success or find holes in the Blue Jays’ defense, finishing the half with one shot compared to Creighton’s six.

Despite, the constant pressure put on by Creighton, CSUN bent, not broke, going into the locker with a 1-0 lead.

However, it didn’t take long for the Blue Jays to assert themselves in the second half, with sophomore forward Ricky Lopez-Espin slipped a shot from 12 yards out past Hobbs in the 58th minute.

From that point, the Blue Jays kept their foot on the gas, as they got off two more shots on goal in the six minutes that followed.

Luckily for the Matadors, Hobbs and the defense continued their virtuoso performance, with Hobbs saving the first of those shots.

Conversely, the Matadors continued to suffer through an offensive drought, creating no shots on goal at that point.

Things seemed to stabilize for the Matadors after the early Creighton barrage, but after the 80th minute, the Blue Jays came with one last run.

Between the 84th and 89th minute, Creighton had four shots on goal, consistently putting the Matadors on their heels.

And just when it seemed the Matadors were going to escape with a draw, Creighton junior midfielder Myles Englis, got the rebound off the post, scored a goal in the 89th minute, effectively winning the game for the Blue Jays.

After allowing a last-minute goal, CSUN seemed to lose its composure with freshman defender Stuart Close attaining a red card and getting ejected from the game.

Moreover, the Matadors couldn’t even muster a response, failing to get one last shot on goal before the end of the game.

In spite of that, CSUN was actually better offensively in the second half (six shots). But it was a moot point, considering none of those shots were on goal.

Following this heartbreaking loss, the Matadors will look to rebound against the University of Nebraska Omaha Durangos on Sunday in Omaha at 11 a.m..