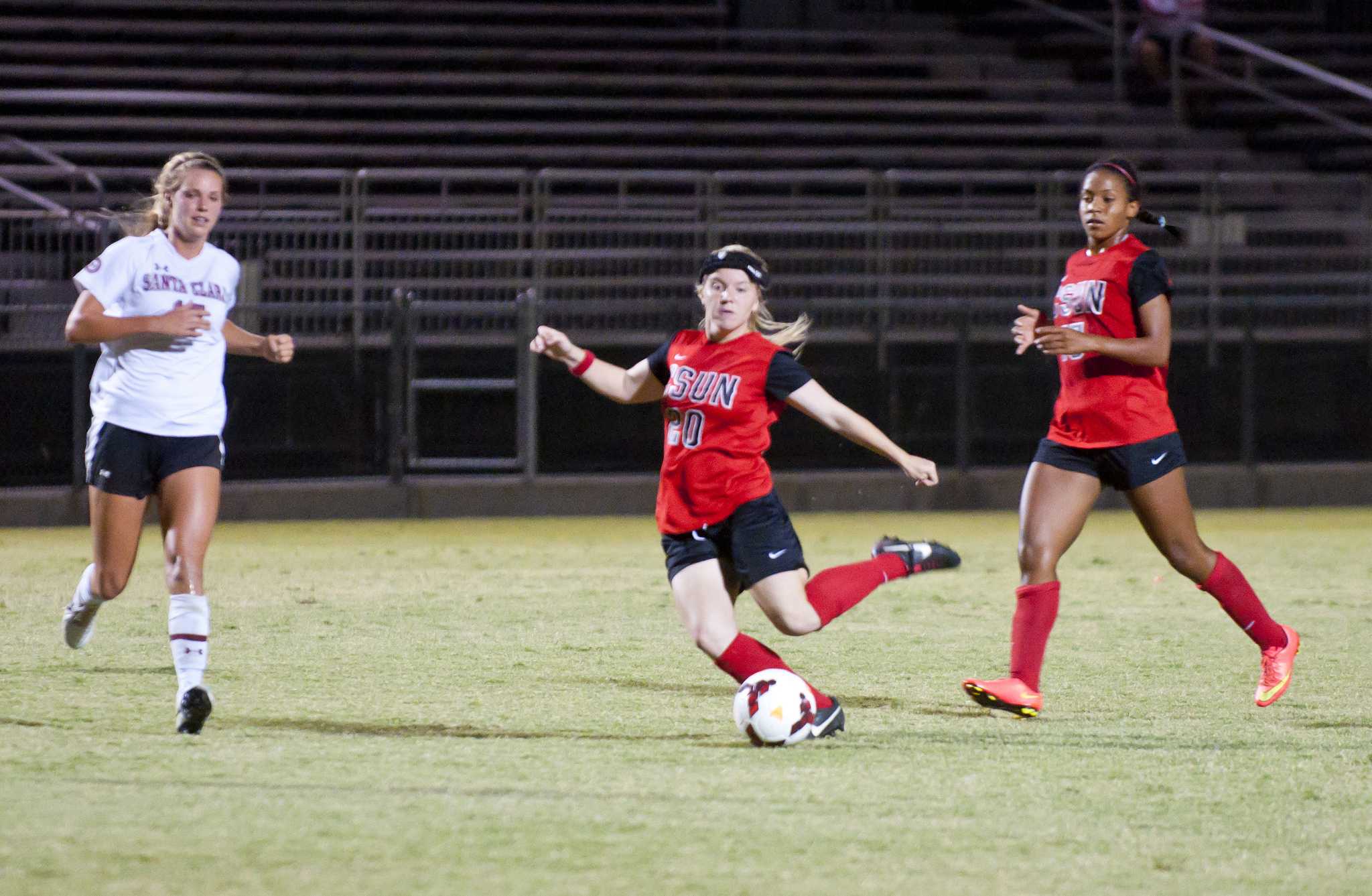 The Matadors made it four wins in a row after beating Fresno State, 2-1. Photo credit: File Photo/The Sundial

A prolific first half from sophomore forward Cynthia Sanchez powers the Matadors (4-1) past the Fresno State Bulldogs (0-5), 2-1, giving them their fourth straight victory.

Much of the Matadors success on the day was due to the fact that they set the tone early, not shying away from being the aggressors on the pitch.

This was evident early, as CSUN attempted three shots in the first 13 minutes, forcing the Bulldogs to play on their side of the field early and often.

Shortly after, their aggressiveness was rewarded when a flurry of shots in the 20th minute resulted in sophomore forward Cynthia Sanchez’s fourth goal of the season.

The goal came after midfielders Tabatha Dickson and Camille Watson had their shots sail wide seconds earlier. After that pressure though, junior midfielder Kourtney Kutscher threaded a pass to Sanchez, who found the back of the net to give the Matadors a 1-0 lead.

CSUN and Sanchez weren’t finished scoring in the half, either.

Following two more shots from the Matadors, and one from Fresno State, Sanchez was able to get the ball back and get a shot past Fresno State’s freshman goal keeper Nicole Theroux.

The goal was Sanchez’s fifth of the season, and gave the Matadors a comfortable 2-0 lead going into halftime.

Coming out of the locker room, the second half proved to be more uneventful for the Matadors as their play suggested a more conservative approach that looked to preserve the lead, rather than extend it.

This was evident because the Matadors only attempted three shots for the duration of the second half, while the Bulldogs were able to up their shot total to eight for the half.

The goal was for naught, though, as the Matadors were able to quickly regroup and stifle any comeback attempt by the Bulldogs.

CSUN will look to extend the win streak to five as they return to Northridge at 1 p.m. on Sunday to play the Detroit University Titans.