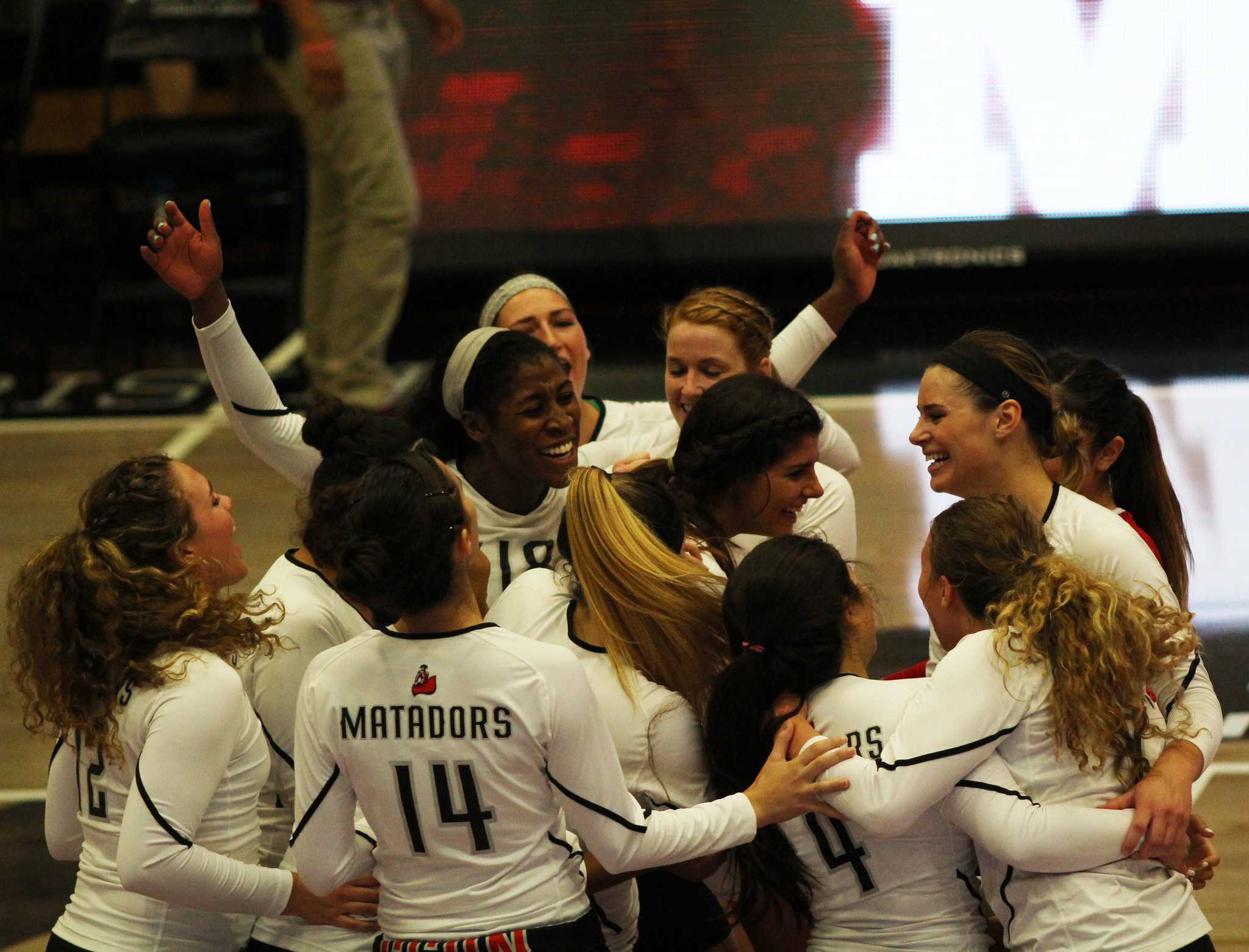 After starting the season 0-3, the Matadors got their first win of the season against Florida A&M in the opening game of the Arizona Invitational. Photo credit: File Photo/The Sundial

The Matadors picked up their first win this season after defeating Florida A&M (20-25, 25-17, 25-15, 25-21) Friday at the Arizona Invitational at McKale Center in Tucson. The win ended CSUN’s three game losing streak, improving their record to 1-3.

“We’re a young and inexperienced team and we were a bit nervous in the first set,” said CSUN head coach Jeff Stork to gomatadors.com. “I thought we settled down and played pretty well after that. Katie Sato did a nice job and our passing and defense was good tonight. It’s always nice to get your first win.”

The first set became the seventh consecutive set that the Matadors had lost. Though they were able to start on top, CSUN was unable to remain there. At 8-8, Florida took a two point run to give them a small lead, from here on the would remain ahead

The second set brought seven tie scores, but at 12-12 the Matadors went on a four point (two attack errors and kills from junior outside hitter Julie Haake and redshirt freshman outside/ opposite hitter Nada Dragovic) run allowing them to take a comfortable lead ahead of Florida. A devastating six point run from the Matadors took the set.

The third set was all about the Matadors. A three point run, followed by a five point run set CSUN ahead 4-8. While at some points Florida was able to shorten their lead to one, the Matadors were able to bridge a consistent ten point gap in the score. Kills delivered from Haake, freshman outisde/ opposite hitter Jess Hess, senior outside hitter Cieana Stinson and Dragovic propelled the Matadors to victory.

Back to back Matador kills (Dragovic and Stinson) put CSUN on top of the final set. By four, Florida was able to catch up causing the Matadors to go on a six point run, including two pairs of kills. A four point run by the Rattlers at 17-23, brought Florida closer to the Matadors, but CSUN ultimately took the match.

The Matadors return to the Arizona Invitational Saturday to play two matches against South Dakota at noon and No. 16 University of Arizona at 7 p.m.