What is the damaging cost of preserving the past? 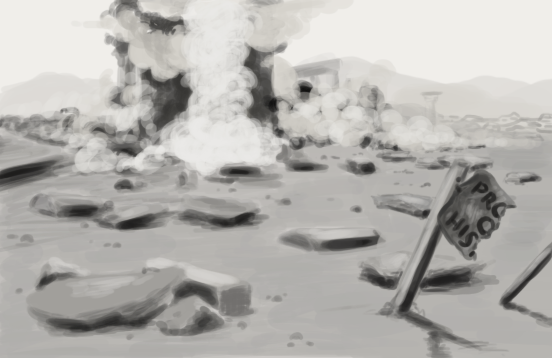 The Islamic State (ISIS) has destroyed yet another ancient temple in Palmyra, the ancient city in Syria. Reportedly, the Temple of Bel which was 2,000 years old was destroyed by the Islamic State a mere week after the destruction of the Baalshamin Temple.

This is after the ISIS beheaded the 82-year-old groundskeeper of the ruin, Khaled al-Asaad. Asaad was tortured for a month, with the militants trying to make him tell them where he and the other archaeologists hid the ancient treasures of Palmyra. It was said that he did not speak a word until his unfortunate death.

These ruins survived the tests of time, only to be destroyed by the folly of man. How would you react if I said that after surviving two millennium in an environment that many would call harsh and barbaric, these beautiful ruins have been destroyed by us, those who allow ISIS to keep acting this way?

And as students of a university, why would we let our representatives allow our historical roots, the source of not just our civilizations but our education, to be blown away into the dirt?

We have come to the point where the cultures of the world have their own synergies into a single global culture. Yet within this, we retain our individuality. We are not in the warring period of humanity anymore, we try to work together to create a peaceful planet and leave legacies for our children to be proud of.

We secretly claim to be the global superpower when we helped create a beast and try to subdue it by throwing sticks at it. If the ” wanted it, they could subdue ISIS within a months’ time. Unlike Al Qaeda or the Taliban, ISIS has less of a need to hide in caves.

Due to some political differences with Syria, we refuse to give them aid against ISIS and in turn help the Islamic State in destroying priceless artifacts and ancient sites. At this point in time, we are not solving the problem or treating it. At this point we have become the problem.

The United States claims that it does not want to put American lives at stake, and therefore uses “strategic bombing” to bring a stop to the threat of the Islamic State. This bombing strategy has been proven in-effective. The “Number two” or “Number four” member of the ISIS hierarchy has been killed has been a steady red herring for a long time.

These terrorist organizations are in many ways like the mythical hydra. You cut one head and two take its place. Of course, the more heads you cut, more will take the place of the fallen. That is, unless you cauterize the wound.

If things continue as they are now, great historical works of marvel will be nothing but dust in the wind. It is important to realize that these artifacts not only carry sentimental value but they are used as important tools in the rediscovery of our past and priceless knowledge that has lied dormant for thousands of years.

Every piece that has been destroyed is a story that can no longer be retold. When we allow these monuments of men to be destroyed, we let pieces of our humanity get chipped away. Academia weeps.

I ask you this, should we, as students, try to either directly or indirectly get involved in making sure our past is preserved? We as the generation, will one day be the decision makers that will affect our descendants, just as the actions of our forefathers have affected our lives.

But even before that we have more power than can be imagined. I believe it is our duty as students and educators to encourage the preservation of all the wonders of the world both new and old, we need to come up with ways to preserve our legacy as humans.

Antiquities left behind by our ancestors are the proof that we, as a race, had succeeded in creating something truly wonderful and awe-inspiring. What ISIS is doing should be considered a crime against man, or perhaps a crime against nature. We must protect the past, or in the future, we will lose that which makes us human.

Artifacts that have been passed down from the ancient world contain more knowledge than our scholars can come up with in a lifetime. A single piece of writing on these scrolls could give insight into the lives of our ancestors.

When we look at these artifacts, we are reminded of the achievements of mankind, the value of education and of the folly we continue to exhibit. In addition, depriving ourselves of our history deprives future generations of the biggest pushing force for man-kind, curiosity and the demand for knowledge.