Turning technology into a disadvantage 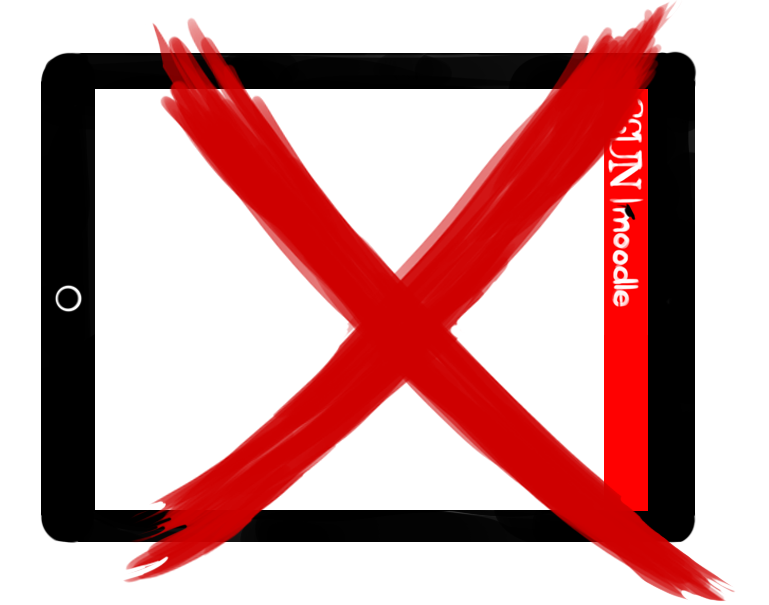 Since we live in a society dominated by technology, one would think that professors would be much more lenient in allowing students to take notes on devices such as laptops and iPads in class. Not so fast…

The obvious answer is that the devices are distractions for the students. I can understand how most professors tend to have this fear because I have caught some of my classmates lurking on a person’s profile on Twitter and Facebook during class or shopping online, but despite some of the students that can’t control themselves, laptops, iPads and tablets prove to be important classroom tools.

These devices let students take down their notes much faster than taking the time to write everything out, especially in those classes where professors just fly through their PowerPoint presentations as if everyone can read and write at a quick pace. It is also much easier to keep vital information from every class organized on one device instead of trudging around campus with the burden of carrying around heavy notebooks or loose papers. Since they are the ones learning the material, the students should be the ones to determine their own methods of retaining the information.

For some professors, it can also be a matter of trial by error in allowing their students to use laptops or iPads in order to see if the devices prove themselves to be useful, but in the end, the only ones that come out disadvantaged are the students.

Every student has a different way of learning and that should not be taken away just because it is believed that students would be missing the point of the entire lecture by using their devices in class. Throughout the duration of my college career, I have found that students in class do not distract their peers or the professor during lectures by using their technology, but if any students choose not to pay attention in class, that should not discourage professors from allowing their students from using such devices.

We have all of this technology to use in making our lives so much simpler, yet why can’t we take advantage of it in order to advance and enrich our educational experiences?

I have been in classes where some professors do comprise with their students by allowing whoever chooses to use technology to sit in the front row of the room so they can keep a close eye on how they are using their devices. I suppose that is better than strictly prohibiting technology, but it still put limitations on what the students can do in class.

It’s 2015, for crying out loud! At the rapid rate technology is advancing, it is only a matter of time before students are going to need to learn how to use their devices productively in the classroom. This has a chance to help them in order to keep up with the rest of society.

I’m not saying that students should stop using pens, pencils and paper. I do enjoy their company from time to time, but I do believe that professors should provide their students with the option to use their devices all of the time. This cannot just be when professors think it is necessary or appropriate.