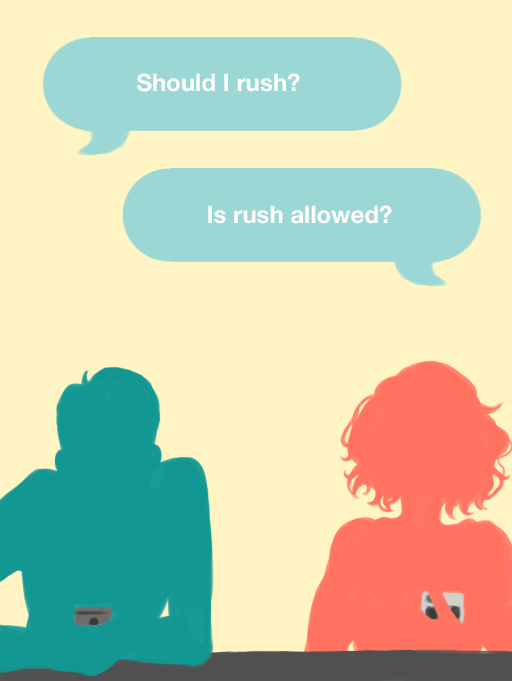 One year ago, the Greek community was informed by President Harrison that all of the new member intake processes were to cease immediately. An indefinite ban was placed on all recruitment processes. Fraternities and sororities were forced to either induct or release all of the students in their new member education programs.

The only way for Greek life to continue was reliant on the fact that we, as a community, could figure out what needed to be done in order to prevent more tragedies from happening due to negligent and heinous hazing rituals. This was all happening as I tried to figure out what it would take to reshape our culture.

At the time, I became the newly elected InterFraternity Council president. I was partnered with the Panhellenic President Ashley Mendez and we were tasked with developing a plan.

Ashley and I co-chaired the New Member Intake Review Committee. Our goal was to create a way to shift the culture of our Greek system and to return to the values upon which we were founded.

Albeit challenging, we were excited to team up with members from every Greek council as well as non-affiliated Greek organizations across our campus. Our team was tremendously diverse and was also aided by some amazing faculty and alumni.

The university had two things in mind, keep their students safe and let our Greek community develop a plan from the bottom up. The university understood that we are a unique student body and they had faith that we could solve this problem on our own.

The goal of these recommendations and guidelines was to hold each other accountable for our actions and ensure that every activity has a positive intention. None of our organizations encourage hazing, if hazing occurs than you clearly are drifting from your organization’s foundation.

Our recommendations were approved by President Harrison late in the summer and some items have already been put into action. The first item implemented was the newly developed Greek 102 workshop. Houses are one by one regaining the ability to recruit this semester as their new member education programs are being approved by the Matador Involvement Center.

I think CSUN will set an example nationwide as a campus that is on the forefront of the fight to eradicate hazing. The Greek community has been under fire nationwide over the past two years and I know that we are better than how we’re being portrayed.

Joining the Greek system at CSUN is one of the greatest decisions I made in my life. It allowed me to get involved on our campus, grow as a leader, grow as an individual and it gave me the opportunity to work with distinguished alumni and university staff.

I could not be more proud and thankful for the progress our community has made in this tough time. Last year was hard for us all for a multitude of reasons. Some houses were forced to close their doors as they lost the majority of their members to graduation.

I am unbelievably excited to see the return of our livelihood. We all take great honor in passing down the history and ritual of our organizations to future members. I am ready, once more, share the joy of being in the Greek community this semester.