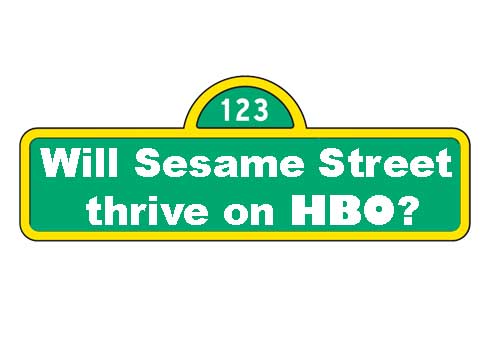 After 45 years of airing on PBS the children’s classic Sesame Street is now moving to HBO.

The move puts Big Bird, Elmo, and the Cookie Monster amongst the ranks of Jon Snow and The Sopranos. This, as Jimmy Fallon put it on his show, makes it very possible for “half the cast to be killed off in the first episode.”

Although HBO may initially seem like an unlikely destination for the series, Sesame Workshop’s CEO Jeffrey D. Dun has said in a recent press release “I’ve long admired the creative work of HBO and can’t think of a better partner to continue the quality of Sesame Street’s programming.”

Many people have spoken out to voice their disdain over the shows big move. NPR has published an article highlighting the possibility of low-income kids missing out, on a show that gained it’s traction appealing to an all-encompassing audience.

Eric Westervelt of NPR asks “as new episodes and new content go behind a premium cable pay wall, will low-income kids who might not be able to afford HBO now have trouble getting to Sesame Street?” PBS has long been a network that notoriously provides “access to programming – particularly to those in rural areas and those who could not afford to pay for private television channels” according to Forbes’ Kelly Philips. The move “behind a premium cable pay wall” is a direct contradiction in terms of how kids and families will get to see their favorite show.

PBS will still have access to the episodes nine months after they air exclusively on HBO. HBO’s financial contribution is being credited with increasing Sesame Street’s shows per season from 18 to about 35. Dun says the network is providing “Sesame Workshop with the critical funding it needs to be able to continue production of Sesame Street and secure its nonprofit mission of helping kids grow smarter, stronger and kinder.”

Reactions to the transition vary from tweets like @fairlyspiritual’s saying “Sesame Street moving to HBO it’s like having a food bank in a gated community” to Tom Scocca at Gawker believing the move “entails removing public goods and services from the commons, to repackage them as luxury products for affluent consumers.”

According to Sesame Workshop’s website the majority of their revenue comes from product licensing: selling things like DVD’s and Tickle-Me-Elmo.

Being able to double their episode count per season for five seasons, via the signed deal, will give more to the Sesame Street audience, they just may not be at HBO to see it. CSUN’s graphic design student Rachel Siner does not think that “the type of people who watch HBO care about Sesame Street at all.”

The issue of Sesame Street’s clientele and their unlikely cohesiveness with HBO has been the basis for arguments against the move. Although right now the two seem like an unlikely pair, this could be explained as the latest move for HBO towards competing with companies like Amazon, Netflix, and Hulu.

As the landscape changes, and people begin to receive their television shows on platforms other than television, it has become clear that companies are changing with it.

“All Youth Achieving” LAUSD Staffer Amanda Vaughn believes people are “upset about HBO taking over, without understanding all the facts.” The platforms that are offering Sesame Street like HBO Now, will allow parenting controls similar to Netflix, where users can customize their viewing options in the settings.

HBO is expanding their available catalogue to include a more diverse selection of content. The extreme contrast between what viewers are used to getting from HBO and a show like Sesame Street popping up in their catalogue has called viewers into attention. After all according to Ulaby “today, most kids watch Sesame Street on demand, not on PBS.”