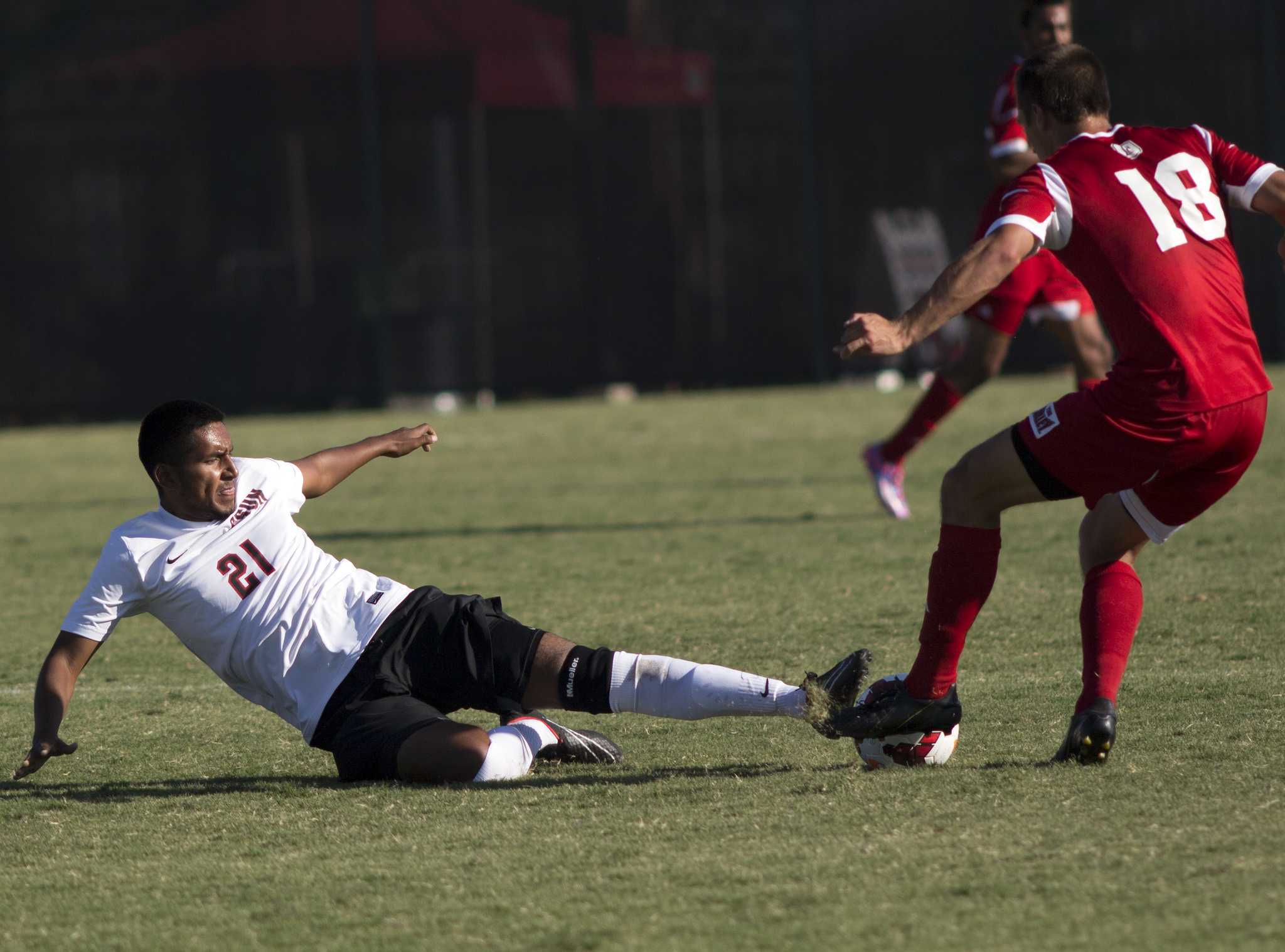 The Matadors defense faltered in the second half, allowing three goals in 11 minutes, paving the way for a 4-1 defeat at the hands of the University of Nebraska-Omaha. Photo credit: File Photo/The Sundial

The trip away from home continued to be a rough one for CSUN as they fell to the University of Nebraska-Omaha Mavericks 1-4.

From the start, it was evident that the Matadors would struggle with a prolific Mavericks’ offense, as they allowed the Mavericks to have six shots in the first 38 minutes, as opposed to only two for CSUN.

After repeated pressure, the CSUN defense finally cracked when University of Nebraska Omaha senior forward Kevin Correa found the back of the net after rebounding his own shot.

Although it seemed that the flood gates were about to open after Correa took the lid off of the goal, CSUN managed to take some momentum into the half after junior defender Pol Schonhofer Bartra scored in the 44th minute.

Despite the late goal by Bartra, the Matadors’ good will was short lived as it took the Mavericks a little more than seven minutes after the second half bagan to tack on another goal.

A back and forth between Mavericks’ players Logan Mendez and Emir Alihodzic resulted in a goal for Mendez and one-goal lead for the Mavericks.

That goal would prove to be decisive as the University of Nebraska Omaha would continue to exploit the Matadors’ defense over the next 10 minutes of the match.

Eight minutes after Mendez’s goal, the Mavericks would double the lead after junior midfielder Mark Moulton got a shot past CSUN senior goalkeeper Adam Hobbs.

The quick second half start from the Mavericks had the Matadors rattled, as they conceded the fourth and final Mavericks’ goal less than a minute after the third.

This time it was freshman forward Noor Hamadi that got onto the scoresheet, as Moulton assisted him for a 62nd minute goal.

On the other side of the field, CSUN couldn’t muster much of an answer to the Mavericks’ as they only had a reasonable six shots in the second half.

In addition to the lack of firepower, the Matadors appeared discombobulated, with four offsides calls in the game.

After ending the two-game road trip empty-handed, the Matadors will look to get back in the win column against the University of New Mexico at 7 p.m. on Friday September 11.