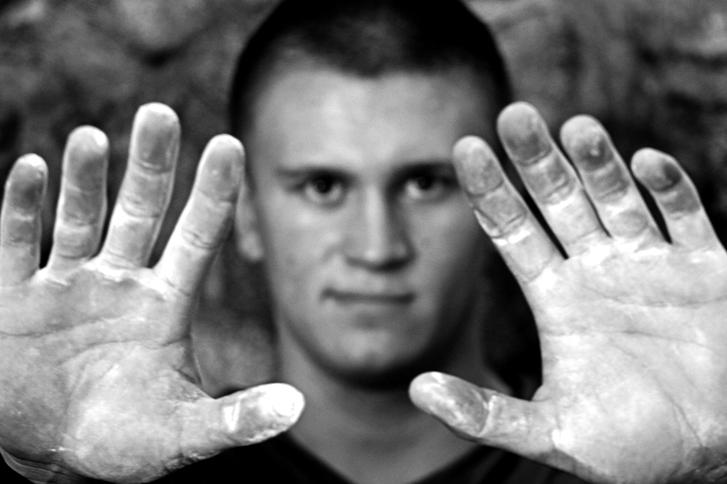 When going in for your daily bicep sculpting session at CSUN’s Student Recreation Center, it can be sometimes easy to miss the giant rock that protrudes from the foyer like Titanic’s iceberg.

Perhaps even easier to miss, are the human-spiders that climb the huge, artificial rock.

One such spider-man is the Vice-President of CSUN’s Rock Climbing Club, Colby Decoteau.

The adrenaline junky, who works part-time at the climbing wall, has a lifetime love-affair with the adventure sport.

“I have been climbing since I was a 5-year-old kid in Colorado, and I have loved it ever since,” Decoteau said.

“It’s an individual sport in that it’s you against a massive piece of rock, but you definitely feel a part of a team in the climbing club,” Decoteau said. You can come down and meet fellow climbers who are also passionate about the sport.”

Every year, the climbing club competes in several competitions against other California universities.

The meets are divided between beginner, intermediate and advanced levels, with males and females competing separately. Levels are chosen based on the difficulty of the route.

An athlete’s final place in the competition is decided by how many attempts it takes them to complete the course.

Alex Hancock, CSUN’s only advanced level climber and the team president, has high hopes for this year.

“This semester is the off-season which gives us a great chance for all the members to put in some supplemental work in the weight room,” Hancock said. “We have a strong core of guys and girls from last year, but we are looking forward to having some more people join.”

Hancock picked up the sport just two years ago after seeing the rock wall at the SRC. He has developed a real passion for climbing, culminating in a third-place finish in the Santa Barbara tournament last year.

He says that members do not need to be expert climbers to join.

“Last year our beginner team was consistently coming away with wins in the meets,” Hancock said. “Having a big wall right here on campus makes it really easy to show up and practice after class too.”

The SRC rock wall is also free to use, and has open hours every day of the week.

“The climbing wall is one of the best things on campus. It doesn’t matter if you haven’t tried it before, it’s definitely worth coming and checking out,” Hunt said.