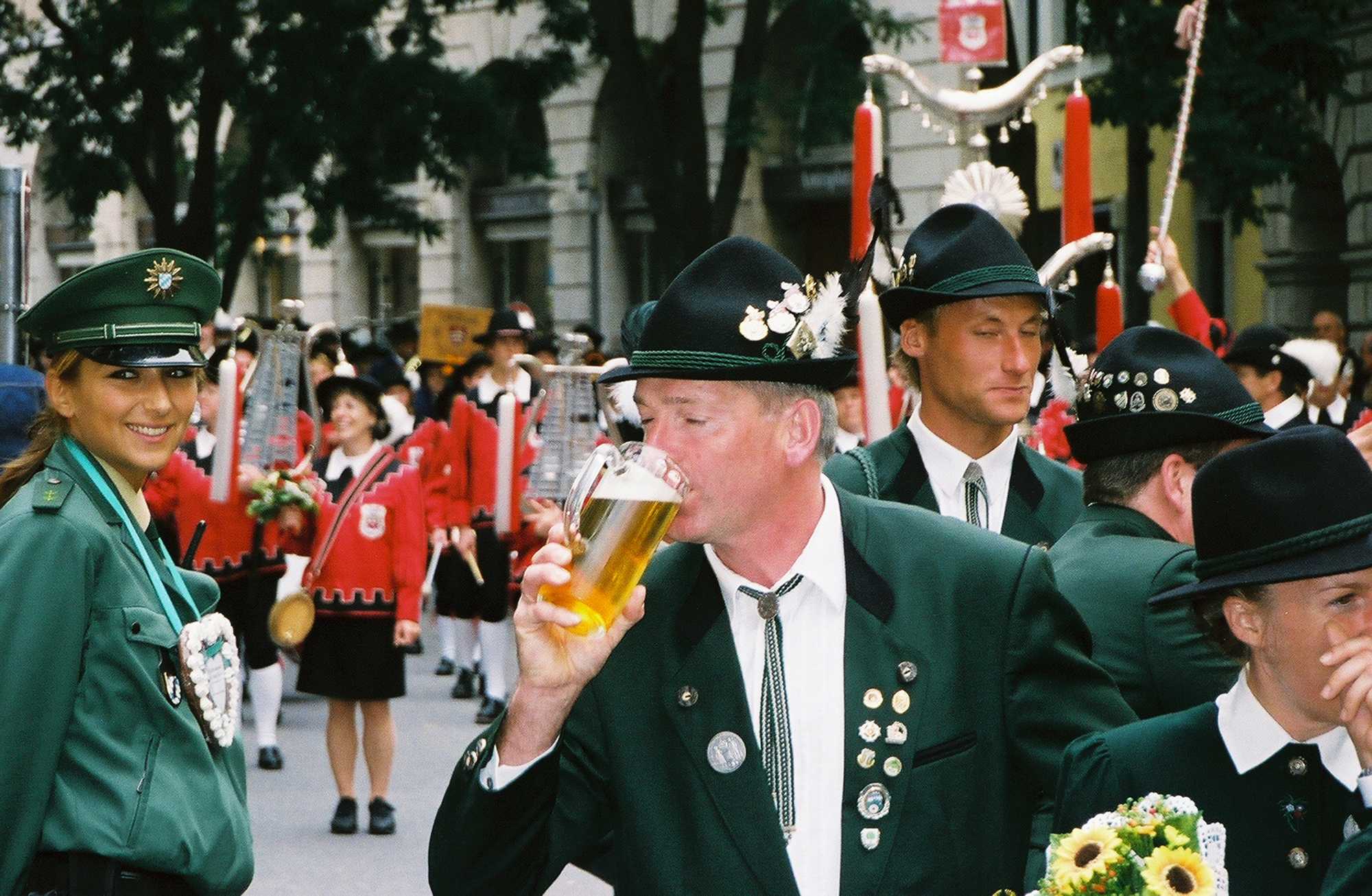 A parade marcher quenches his thirst while a policewoman looks on during the Oktoberfest parade in Munich, Germany. (Thomas Swick/South Florida Sun-Sentinel/MCT)

Sometimes it can take a while to get back into the swing of things. Sometimes it takes a few weeks, and that’s okay. Most of the time trying to get into the swing of things can be more exhausting than the work itself. Whatever it may be that’s tiring, a break is absolutely needed. Human’s were not meant to work incessantly without fun or a break. Work to live, not live to work! Here are some things out in the world to help break away from the monotony.

Master of the piano John Perry will perform at CSUN for and incredible night of music. The piano professor studied with  Cecile Genhart and has been a CSUN faculty member for years. With decades of experience under his belt, this is a great opportunity to listen to a professional at his best.

During CSUNs “Latino Americans: 500 Years of History” event that will be going on throughout the fall semester, they’ll be having various educational events on campus. This night will be a film showing just a bit of the history of what Latinos have gone through in their centuries of being here in America.

A large percentage of Americans use some form of a car in today’s world. Matthew Barney will take those who want to join him on a journey into the history of the automobile industry. At this exhibit is a 6-hour-long film split into 3 different acts that explore different aspects of this. Included in this exhibit are images that showcase Barney’s process of making this film that took 7 years.

Another week has come and It’s time to soak in more history of the talented Orson Welles, and this week is his film Stranger. For those who haven’t seen this or just don’t know much about Welles, come learn and see a bit of history.

Jimi Hendrix was and is considered by many to be one of the fathers of modern rock. This documentary showcases behind-the-scenes side of putting together the last concert Hendrix would do before his death. The documentary includes interviews with Hendrix himself, concert organizers, and his band members.

“Blood Wedding” is a CSUN student produced show that encompasses “an explosive of lust, love and rebellion in rural Spain.” Opening night starts Sept. 18, but will run throughout the month before the department holds another highly anticipated show.

For those who are familiar and enjoy Iron Chef as well as those who enjoy laughing will love this. Nato Green and Moshe Kasher are putting together a blend of these two worlds. They are setting up four comedians who have to put together a routine based on audience input, and they’re competing for the coveted Iron Comic title and all it’s bragging rights.

A comedy routine with a bit of a twist: five men take on the role of five teenage girls at a sleepover. Suddenly, one is dead and according to Siran Bibayan “a sleepover turns into a Clue-meets-‘80s-slasher-film whodunit when a body turns up dead. Help look for the killer, and bring your own pillow.” There are normal stand-up comedians, and then there’s this.

During this three-day festival, comedians, voice actors, podcasters will be answering questions live and talking about how to make successful podcasts. On top of this there will be a preview screening of Earbuds: The Podcast Documentary, which goes into the scenes look of big-name podcasters.

A major restrospective looking back at Gehry’s designs going all the way back to the 60’s. This giant exhibit will focus through six themes of Gehry’s work and look at his style of “urbanism”.

An internationally-known event that brings together thousands of people from across the globe to unite over one common love: booze. Disclaimer: you may not have a good if you’re under 21

What is it: Danger Collective, a group from the Valley, is starting a non-profit show started. The group was responsible for the Runaway Festival at Los Globos and shows at the smell. September marks the start of a free Monday night residency at the Bootleg with sets from Dream Panther, Billy Changer and Sugar cube.

Norman Lear, creator of beloved American classic All in the Family, has come to discuss the makings of a good T.V. show. In this discussion, Lear will go through his work and help inspire and encourage people to go out and write. For those who are aiming for this kind of career, this is a must.

Largo at the Coronet

Dozens of artists ranging from sculptors to painters, illustrators, animators and more join now for the 3rd annual “the Coaster Show.” These artists, using only using four-inch coasters, create some of the most unique and amazing pieces of are one would see. Also, free beer!

For those history buffs out there this should be an exciting moment. Most things relating to the Bible in a historical context are kept in Israel. However pieces of the Dead Sea Scroll are on exhibit to view.

Margaret Nielsen and Scott Grieger were two artisits that weren’t in collaboration with eachother. However both used their art to critique the political system at the time. This exhibit is far too big to take in on just one visit and should be visited multiple times to soak everything it offers in.

LACMA presents matinees of classic movies on 35mm in their theater every Tuesday. It may be possible to find these movies online, but pretty much impossible to view them easily in the 35mm glory.

Los Angelenos know that LA is not a seasonal city. We have season in that its less hot during times, but we dont see a large change in color. Michael Ribaby wants to show his side of LA through use of photography. Showing the bright lights and styles of LA Ribaby will bring us on a journey through LA.

Free (although advised to give a donation)

Lucha Libre, a timeless, honorable profession of being a wrestler. Luchadors are held in the highest regard and are stars in the culture. La Vida Es un Ring pays tribute to these masked wrestlers who honored their family, and Mexico.

Shannon and the Clams

Shannon and the Clams will grace the El Rey with hits “Sleep Talk” and “The Cult Song.” The Oakland-based punk-rock trio not only has a rocking sound, but a classic, 1950’s doo-wop sound.