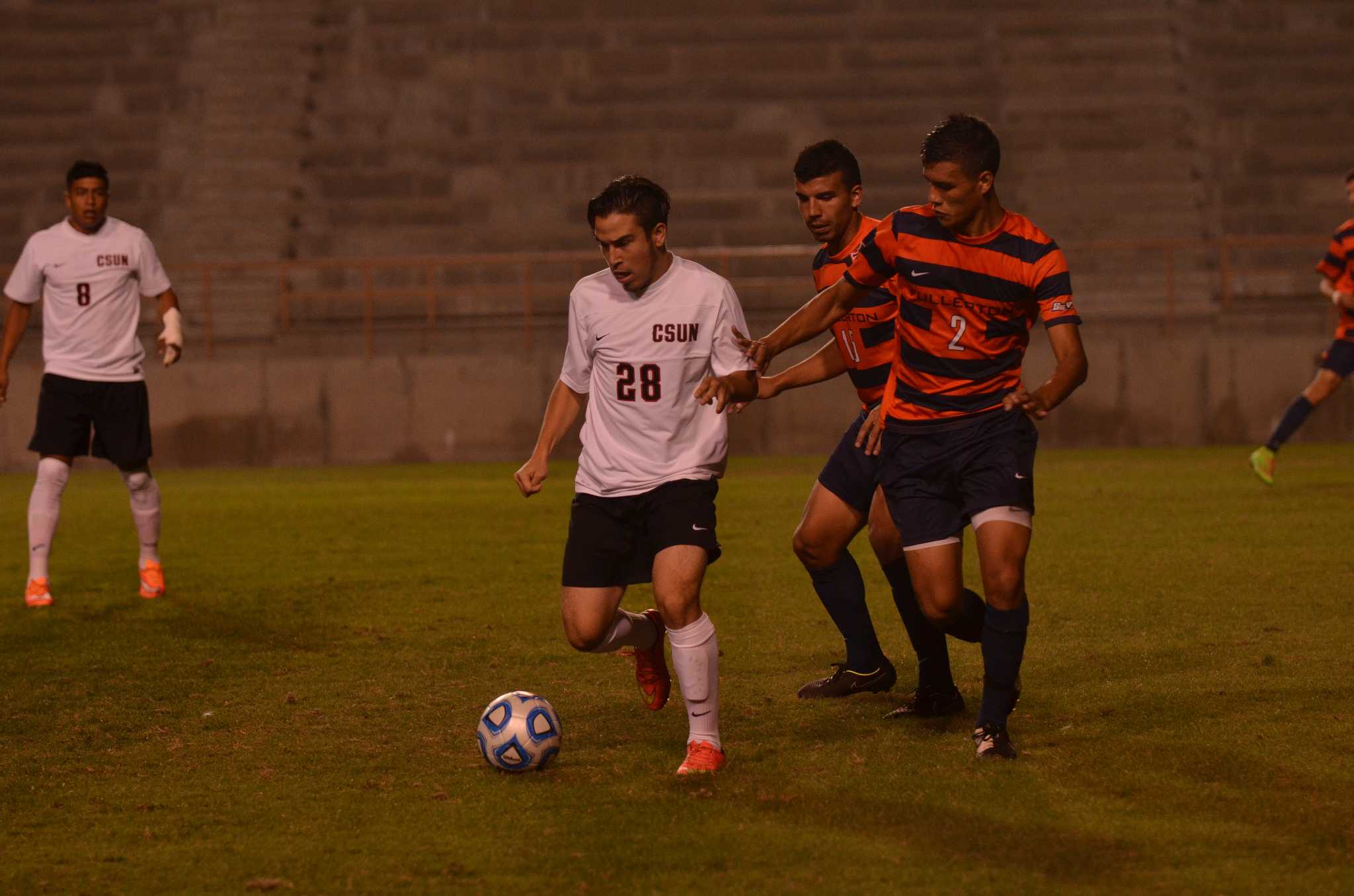 The Matadors look to get back on track after losing two straight games. Photo credit: File Photo/The Sundial

On Friday the Matadors will be hosting the University of New Mexico Lobos.

Both teams are looking to bounce back after poor starts to the season.

The Matadors have given up six goals in their last two games and have been out-shot by their opponents 37 to 21 in their first three games.

The Matadors will have the task of stopping the Lobos junior Midfielder Chris Wehan who has scored four goals in their last two games, carrying the Lobos to one win and one tie.

Matador midfielder redshirt Steven Manios leads the team with two goals on the season, as well as seven shots. He will be looked for in order to get the Matadors’ offense going early against the Lobos.

It will be an uphill battle on Friday for the Matadors defense as the Lobos have been able to rack up 43 total shots on the season and shot allowance has been a weakness for the Matadors all season.

He will be looking toward the Matador defense to slow down the Lobos fast paced offense.

The Matador offense will have a slightly easier time as the Lobos have allowed 47 shots.

The Lobos have been able to keep the amount of shots on goal down to 18, so the CSUN will need to take advantage of the shot opportunities and put as many shots on goal as possible.

Lobos sophomore goalie Jason Beaulieu has been able to fair slightly better against the high volume of shots, saving 14 and allowing four goals.

Players to watch in the upcoming game are Matador sophomore forwards Dean Wright and Papi Diouf. Both players have been able to put shots on goal and should have plenty of opportunities to do so Friday against the Lobos’ defense.

Sophomore forward Niko Hansen of the Lobos is another player to watch for as he has been in the shadow of Wehen this season but has managed 4 shots on goal and 9 shots total so far.