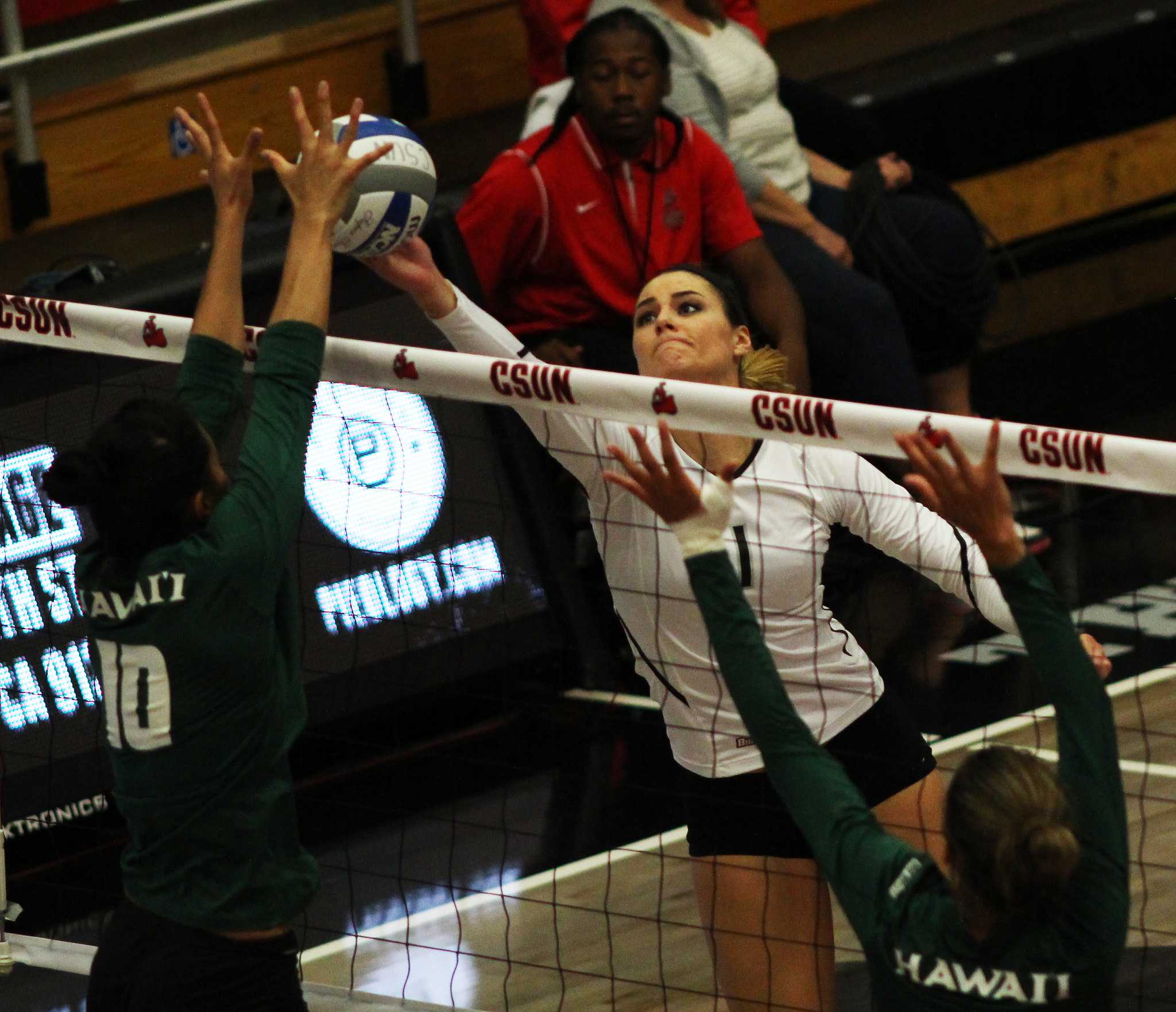 CSUN almost came from behind to take the match, but there was no beating the Gaels.

In both of the first two sets, the Matadors kept a close score until large runs allowed the Gaels to pull far enough ahead that there would be no questioning who would take the sets.

Keeping the score tight into the third set, junior outside hitter Julie Haake and freshman outside hitter Aeryn Owens came in clutch with several kills for the Matadors.

With the set tied at 22, both delivered kills, along with a Gael hitting error, that allowed the Matadors to take the set and keep them alive in the match.

The fourth set brought another victory for the Matadors, as they hit their most frequently of the match at .345 with 14 kills.

In the final set, the Matadors hit their lowest of all five sets at .233 with just eight kills on 30 attempts. After being tied at six, the Matadors were unable to gain any sort of lead after allowing Saint Mary’s to take the set and match.

Haake led the Matadors with a match, and career-high, 18 kills, hitting .400 on 35 attacks. Senior outside hitter Cieana Stinson added 13 kills (.194) and Owens added nine kills. Freshman outside/ opposite hitter Jess Hess hit a team-high .471 on 17 swings with nine kills.

Combining for 47 of CSUN’s 56 assists were freshman setter Erin Indermill (who made her first collegiate start) and junior setter Maddie Leiphardt, who also added 12 digs.

Following Saint Mary’s, the Matadors were swept by the eighth- ranked Washington Huskies 15-25, 11-25, 10-25. There was just one tie score throughout the entire match, and it was in the second set at 1-1.

CSUN also had four times as many attack errors as the Huskies (20-5), while Washington was able to put up 11 blocks and the Matadors could not put up one.

In the first set, a six-point Huskies’ run put them so far ahead that there was no recovering for the Matadors. CSUN was only able to go on small point runs, but not enough to bring them within reach of victory.

Going on an 11-point run in the second set (starting at 8-5) provided the Matadors no opportunity to come within range of winning, as they finished with just six more points than when the Huskies’ run started, the set ended at 25-11.

As in the first two, the third set was all about the Huskies, starting the set with a three-point run, they quickly followed with multiple four and five point runs.

CSUN, now 1-8, travels to the Lobo Invitational in Albuquerque, New Mexico on Thursday Sep. 18 to take on New Mexico at 7:30 p.m.