Women’s Volleyball: CSUN continues to sputter, leaves the Washington invitational with no wins 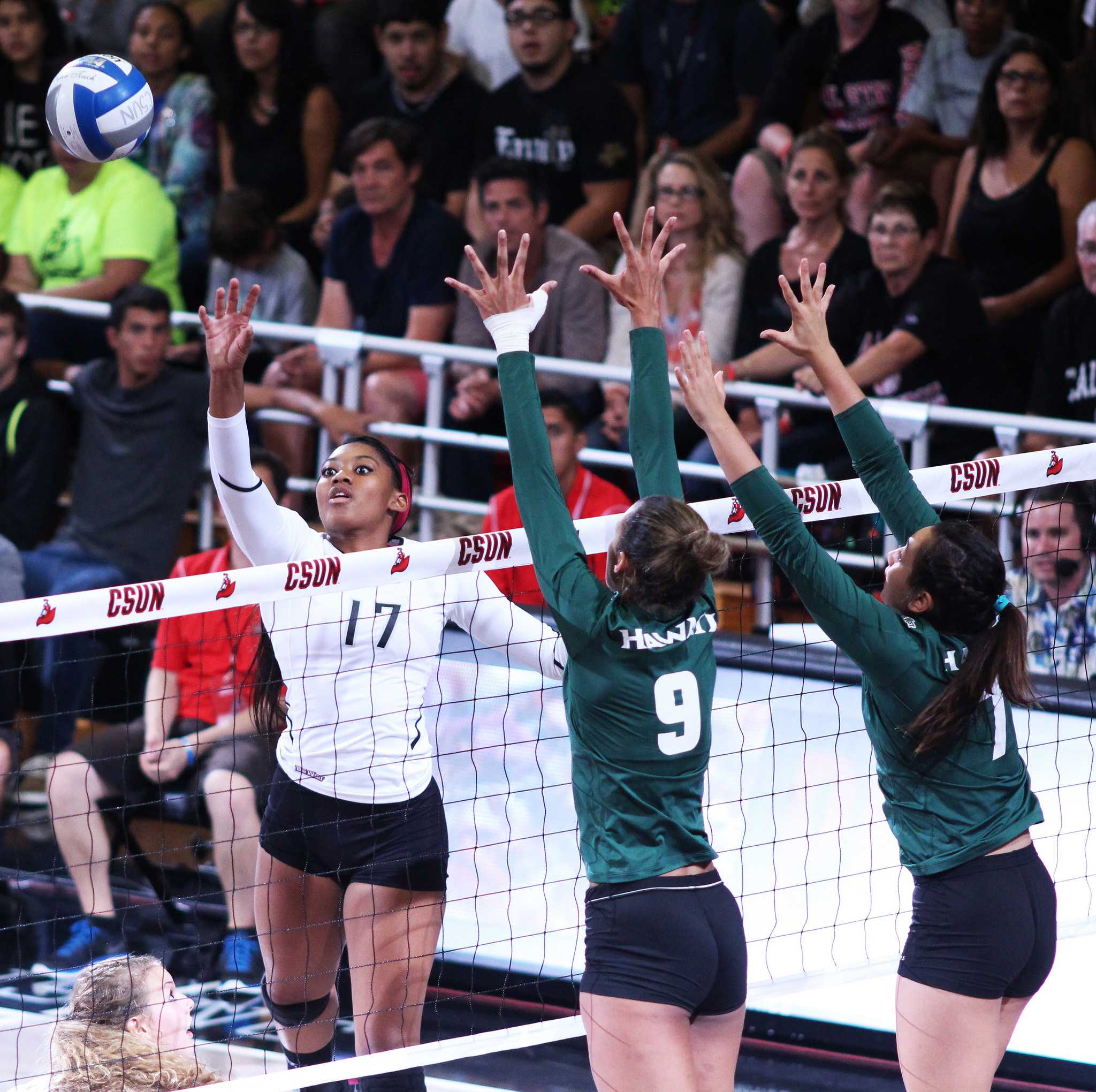 After losing to the Huskies again, the Matadors losing streak has now reached five in a row. Photo credit: File Photo/The Sundial

The Matadors and Huskies returned to the Alaska Airlines Arena in Seattle, Washington to face off for a second time. Just as in the first matchup, CSUN was swept by No. 8 Washington 25-14, 25-16, 25-13. There were just five tie scores throughout the entire match and three total lead changes.

Unlike their previous meeting, the Matadors were also able to defend better this time around, as they had six blocks.

The first set started with a Huskies’ three point run, the Matadors took one, then Washington and then the cycle of Washington’s constant several point runs began.

But at 12-6, the Huskies changed it up and took an eight point run that lasted through two CSUN time outs. Now at 19-6, Washington took the set with ease. CSUN hit exactly .000 for the set.

CSUN took charge in set two, gaining an early 4-1 lead, but the Huskies chipped away at the and had the score tied by 5.

Washington would eventually take the lead, but with a Huskies’ attack error the set was tied once again at 9. In response, Washington took a six point run distancing themselves enough to comfortably take the lead.

The score was tied twice early on in the final set; 1-1 and 2-2, but the rest of the set had the Huskies far out of reach of the Matadors.

Washington took seven straight points, allowed CSUN to take a few, then took four more. The Matadors hit their lowest of the match in the finale at -.143.

After this loss, the Matadors will continue their road trip and travel to Albuquerque for the Lobo Invitational, Friday Sep. 18 to take on New Mexico at 7:30 p.m.